The Euro-crisis put considerable pressure on Italy for the reduction of public spending.[1] Italy avoided in 2012 requiring the intervention of the European Stability Mechanism, and implemented independently a dramatic plan to reduce public expenditures through, inter alia, an increase in taxation pressure and in the requirement of mandatory retirement.[2] These impacted heavily on many individuals who were unemployed as result of the 2008 crisis, who were denied participation into retirement and social security plans by the government, lacking a minimum number of years of social security contributions.[3] However, in the recent years two important solidarity measures introduced by the Conte I government were understood as an attempt to reduce the impact of the crisis on more vulnerable categories of people. These two measures, which were implemented as symbols of the two main parties composing the alliance supporting the Conte I government, were the “Quota 100” [100 years threshold],[4] a measure addressed to reduce the retirement age proposed by the Lega, and the “Reddito di Cittadinanza” [Universal Income][5] that was in turn introduced to secure support of the Five Star Movement to the government. These measures however heavily impacted the national public expenditures[6] and will make it very difficult for Italy in the coming years to respect the rule of a 3% of ratio of deficit to GDP. However, the current Covid-19 crisis seems to have frozen, in this respect, the European Semester and the mechanism for budgetary coordination at EU level. Indeed, it is unclear at the present date, whether the Maastricht parameters will still be of any significance in the years to come.

Italy has been, together with Greece, at the forefront of the migration crisis over the last few years. In this sense, and within the current stall of reform of the migration policy at EU level,[7] the Italian government proceeded in an unprecedented way, that suggested violation of EU and international law obligations. The approach of the government shifted in particular after the 2018 elections, when came into power a coalition composed by a direct-democracy movement (the 5 Stars Movement) and a nationalist party that is rooted in the political tradition of Northern Italy (the Lega). In this context, the Italian coast guard prevented the intervention of ships rescuing people in international waters belonging to Non-Governmental Organisations, threatening to prosecute those attempting to disembark people rescued at sea on Italian soil.[8] This was coupled with the attempt made by the Italian government to convince the northern EU Member States to redistribute the migrants landing on Italian territory. This effort has not been, however, so far successful as the northern EU Member States (with the notable exception of Germany) are not willing to share the burden represented by migration policy. The problem is likely to escalate during the summer 2020, when resources will be most likely diverted to address the Covid-19 emergency and this could increase the number of deaths in the Mediterranean sea.

Italy is aligned with the response proposed by the European Commission and with the judgments of the Court of Justice on Poland and Hungary.

Italy is fully aligned with the EU position on the Brexit negotiations and it is pursuing its interests within this context.

We are not aware of any Italian opt-out from EU law. Italy is, in this sense, one of the few Member States that has very rarely discussed a different position with respect to the process of EU integration.

Italy is a Member State of the Eurozone, thus various specific provisions of the EU Treaties, including the provision on the common currency and the Protocol on the Eurogroup, are applicable. Also, Italy is a member of the Treaty on Stability, Governance and Coordination (whose Chapter III is known as the “Fiscal Compact”)[9] and is a signatory State of the European Stability Mechanism.[10]

Italy is part of the Schengen Area.

Italy is a participating country of the European Public Prosecutor’s Office (EPPO).[11]

Italy takes part in enhanced cooperation on divorce law[12] and on the European Unitary Patent.[13]

Not participating into any of the different – or labelled – interests groups composed by EU Member States. However, it must be said that in recent times Italy has attempted to liaise with Spain and France on fundamental economic issues, as the Eurozone budget or the debate surrounding the ESM reform or the Eurobond. In this sense, however, it must be said that the Italian positioning in Europe seems to remain rather isolated. Italy is one of the Member States with the highest primary margin (meaning that Italy spends less than what collects from taxation yearly, before interest), but simultaneously also one of the MSs with the highest public debt in relationship with GDP. This creates a unique situation that makes more difficult to liaise with other EU countries. That is why is relatively difficult to associate Italy with any other “southern” EU country in terms of possibility to create a relationship that influences the EU Membership. In this sense, recent polls about the dissatisfaction of Italian citizens against the EU construction might suggest that it is increasingly difficult for Italian voters to understand the interrelationship between the national situation and the intra-EU situation. This is very likely to create a centrifugal force that might be ultimately able to endanger the EU cohesion.

a) Overseas territories: Does the country have e.g. former colonies or other overseas possessions? Are these considered part of or outside the EU? How and to what extent does EU law apply within these territories?

Italy is a notable example of differentiated integration within the constitutional architecture of the EU Member States. The Italian division of powers between the center and the periphery is fairly complex.[14] 4 Regions and 2 Autonomous Provinces enjoy a special status under the Italian Constitution.[15] These Regions are: Friuli Venezia Giulia, Valle d’Aosta, Sicily, Sardinia, and the Autonomous Provinces of Trento and Bolzano – 6 different administrative articulations who enjoy a very high degree of independence from the central government. They are, for instance, autonomous in a considerable part of the tax collection as well as in the use of tax revenues. They have specific arrangements in place concerning the rights and privileges of the members of the regional assemblies, who are equivalent to the ones agreed to the national Members of the Parliament.

b) Microstates: Is the country contiguous with a microstate (e.g. San Marino, Monaco, Andorra), and what is its differentiated status within the system of EU governance?

Italy borders with two micro-states, as San Marino and Vatican City (a sui generis State, different from the Holy See, the legal entity representing the Catholic Church),[16] who are effectively Italian enclaves. While the relationship with Vatican City is regulated by international law,[17] San Marino – who claims to be the older republic in Europe – is less integrated with the Italian and European legal system, in particular regarding taxation.[18] A rarely noticed detail is that the a large part of the San Marino legal system is based on common law. However, both San Marino[19] and Vatican City[20] adopt, thanks to agreements with the European Union, the Euro as circulating currency.

c) Disputed territory: Is the country associated with a dispute over territory (e.g. Northern Ireland, Gibraltar, Northern Cyprus) that results in a differentiated relationship with EU governance?

We are unaware of any relationship with disputed countries or territories. However, is to be signaled the initiative of the Austrian government (never actually transformed into action and clearly a provocation) to offer Austrian passports to the German-speaking minority of the Autonomous Province of Bolzano.[21] Later, the Austrian government decided not to go forward with such a proposal.

Covid-19 has been hitting Italy severely since the beginning of 2020. Italy was one of the first EU countries to be hit by the pandemic and subsequently also the first to experience its effect on a large scale. There has been vast debate on how to limit effectively the spread of Covid-19, but from the outset the government decided to limit free movement rights of citizens and subsequently, from the autumn of 2020, to create a colour based system (similar to the one of the EU ECDC) of measures (from white to red) with a gradual implementation of measures restrictive of personal freedom. Since Spring 2021 Italy has been a major supporter of the vaccination effort at EU level as well as of the initiative of the European Commission to introduce a EU Digital Covid Certificate allowing free movement of EU citizens vaccinated or tested within 48 h before traveling. However, a vast and complex debate on the constitutional legitimacy of the emergency measures implemented to counter the pandemic crisis has been ongoing from the beginning up until the present date. There is, however, no evidence at present that the Italian judiciary is taking action against the emergency measures introduced by the government, although this fact might change in the future.

On the specific issue of the Recovery Fund, Italy is the largest recipient of the system of grants and loans created by the Recovery and Resilience Facility. This implies both an opportunity and a responsibility. The opportunity for the Italian economy and society is to make sound use of the largest program of public support since the end of the World War II; the responsibility is to adopt the measures in a way that will allow economic growth without the unnecessary waste of resources. The Italian government has recently approved a vast programme of recruitment in the public administration to attract the human resources necessary to manage the funds coming from the EU.

[6] E.g. see the editorial of the newspaper “Il Sole 24 Ore”, 9 April 2019, pointing that these measures will increase Italian public expenditures of at least 133 billions in the following three years. Available at https://www.ilsole24ore.com/art/def-reddito-e-quota-100-spesa-lavoro-e-pensioni-aumenta-133-miliardi-3-anni-ABErosmB.

[9] Treaty on Stability, Coordination and Governance in the Economic and Monetary Union of 2 March 2012.

[13] Regulation (EU) No 1257/2012 of the European Parliament and of the Council of 17 December 2012 implementing enhanced cooperation in the area of the creation of unitary patent protection, OJ L 361/1.

[14] E.g. see the division of competences between State and Regions in Article 117, Italian Constitution.

[17] Vatican City, as Statal entity, is different from the Holy See which, on the other side, negotiates ad hoc agreements (“Concordato”) on the status of the Catholic Church within a specific State.

[18] See, however, the EU-San Marino agreement on the automatic exchange of financial account information, available at http://data.consilium.europa.eu/doc/document/ST-13300-2015-ADD-1/en/pdf.

[19] Monetary Agreement between the European Union and the Republic of San Marino, OJ C 121/5.

[20] Monetary Agreement between the European Union and the Vatican City State, OJ C 28/13.

[19] Monetary Agreement between the European Union and the Republic of San Marino, OJ C 121/5.

[20] Monetary Agreement between the European Union and the Vatican City State, OJ C 28/13. 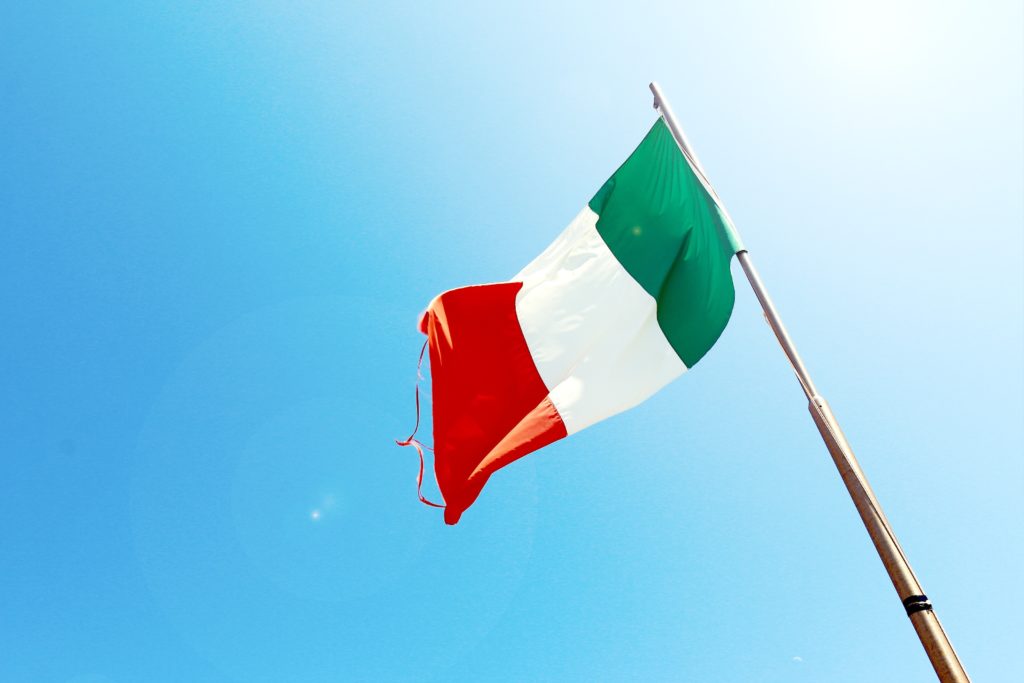