The rule of law crisis in the European Union (EU) entered a new phase in 2022. The affirmation of the Conditionality Regulation by the Court of Justice of the European Union (CJEU) in February 2022 dealt a powerful blow to populist efforts in the Member States, especially to those of Hungary and Poland. Moreover, the Russian aggression against Ukraine has led to a changing landscape in the EU’s rule of law saga. The Polish PiS government’s anti-Russian stance and the Hungarian Fidesz government’s pro-Putin inclination have inserted a rift between the Polish and Hungarian illiberal alliance. Despite this, it seems EU institutions will not be getting a respite from this crisis any time soon as Poland and Hungary continue to consolidate autocratic governance, as made evident by yet another landslide victory for Fidesz in recent parliamentary elections. The following paragraphs will take a brief look back on what happened in the EU’s rule of law crisis since 2020 and what those developments mean for the future.

The prequel to these rule of law developments came, however, not from Warsaw or Budapest but instead from Karlsruhe, the seat of the German Federal Constitutional Court (the Bundesverfassungsgericht, FCC). In a widely anticipated judgment, the FCC challenged the CJEU’s authority in a completely unrelated area – monetary policy and quantitative easing. In May 2020, in the PSPP/Weiss decision, the FCC criticized the ‘flawed methodology’ in the CJEU’s Gauweiler ruling of 2016 and required the European Central Bank (ECB) to provide additional guarantees to Germany. Consequently, the most prominent constitutional court of a Member State openly challenged the CJEU’s primacy as the ultimate arbiter over EU law. For the governments in Budapest and Warsaw, this was a welcome opening to challenge the CJEU’s authority in the rule of law. Therefore, the FCC’s judgment must be regarded as highly critical, as it opened further rifts in the EU’s rule of law fabric.

Not shortly afterwards in 2020, the European Commission (Commission) launched a new soft-law initiative, which seeks to document the state of the rule of law in each Member State on an annual basis. These reports were met with criticism from every side. The Hungarian government denounced the reports as biased and unfounded soon after they were published and various academics criticized the effectiveness of such a weak measure. For the 2022 reports,  an improvement has been promised with the addition of a recommendation category and a follow-up mechanism. However, it remains to be seen whether these reports will be different from their predecessors, which have glossed over major rule of law issues in the Member States.

2021 marked the beginning of a new chapter for the rule of law in Europe, as it marked the entering into force of Regulation 2020/2092 (the so-called Rule of Law Conditionality Regulation). After heavy wrangling in the Council of the European Union (Council) in December 2021, the first-ever rule of law conditionality instrument was adopted by the European Parliament (EP) and the Council. The Regulation will allow the Commission to propose EU spending cuts to the Member States that have proven to violate the rule of law after a qualified majority vote in the Council. This is a significant improvement over the Article 7 TEU procedure, which is gridlocked in the Council. In February 2022, the CJEU gave its green light to the new Regulation. In April 2022, the Commission initiated the first such procedure against Hungary for violations of the rule of law in the form of corruption and the lack of proper prosecution.

Despite those successes on the European level, in April 2022, the Fidesz government won its fourth consecutive parliamentary election in Hungary, which proves that Hungary is firmly under authoritarian rule. The prospect of another four years of Fidesz rule is frightening considering the damage to judicial independence, civil society, and media freedom they have already inflicted since coming into power in 2010. Furthermore, the results of the election were in no way a close call. There was a 20% gap between the votes for the government and the opposition. Many reasons can be attributed to the opposition’s loss – many blame the uneven electoral playing field that Fidesz has been orchestrating by manipulating electoral and media laws since the 2010s. However, the disorganization of the opposition’s campaign can also be blamed. The opposition campaigned on the grounds of returning Hungary to the rule of law and undoing what had been inflicted by Fidesz during the past 12 years of rule. The opposition also keenly supported Ukraine in its fight to protect itself against Russia, which was rightfully categorized as the aggressor. This campaign plan proved to be ineffective, as Orbán clearly read the room better. He promised to keep Hungary out of the war, which brought comfort to an electorate hesitant to undergo disruptive ‘regime change’ with a war raging on next door to the east. Orbán was also very careful not to join fellow European leaders in condemning Putin’s invasion of Ukraine, and his pro-Russian/passive stance seems to have been preferred by the electorate.

Poland’s Refugee Efforts – Warsaw Gets a Green Light from Brussels

Finally, a stark contrast to the Hungarian government’s stance on the Russian-Ukrainian war is displayed by the Polish government. The PiS lead government proves to be one of the most ardent supporters of Ukraine, providing support in the form of weapons, financial aid and being a shelter for millions of Ukrainian refugees. In fact, the Polish President, Andrzej Duda, was one of the first to visit Ukrainian President Volodymyr Zelenskyy in Kyiv to show his support – a gesture which was highly symbolic and powerful. Poland’s efforts were met with applause by the other Member States and by the Commission, which strongly condemned Russia’s aggression against Ukraine; indeed, it may have turned the tide in terms of rule of law enforcement against Poland. In fact, it seems like – for the moment – the Polish government is off the hook, despite its ongoing attacks on the independence of the Polish judiciary. The Commission has not addressed Poland over rule of law concerns with its new instrument, the Conditionality Regulation, even while an enforcement letter was sent to Hungary at the same time. In June 2022, the Commission also approved the Polish Recovery Plan despite lingering rule of law concerns. This is a further indication that Poland seems to be reprieved for now.

A Look into the Future

Beatrice Monciunskaite is a PhD student at the School of Law and Government, Dublin City University. With a background in Public law, she worked and conducted research in Ireland in the areas of criminal law, personal injuries and immigration.

Niels Kirst is a Ph.D. student at the School of Law and Government of the Dublin City University. Having a background in European and International Law, he worked and conducted research at the Court of Justice of the European Union, the German Foreign Office, and at an independent think tank based in Brussels in the area of EU law, as well as in the fields of foreign policy and antitrust.

Image Credit: Court of Justice of the European Union 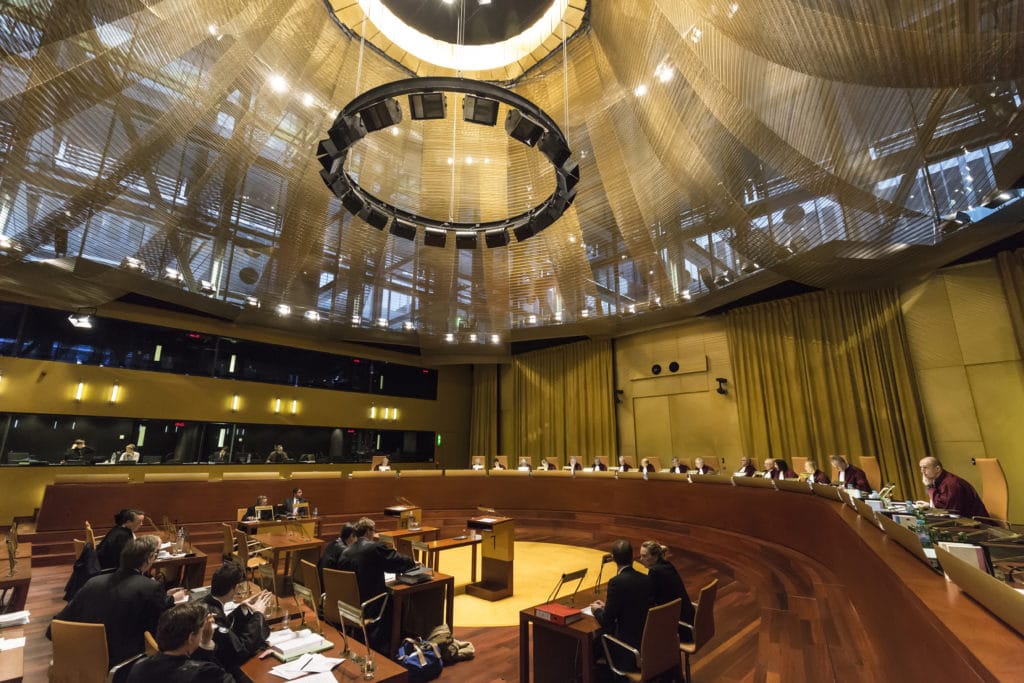