No country has ever before fought a war to enter the European Union. Russia’s invasion of Ukraine, Ukraine’s heroic response, and its President’s inspiring emphasis on Ukraine’s European future, have utterly changed the politics of enlargement.

This new politics of enlargement will restart the debate on deepening and widening in the European Union. Widening is essentially enlargement, while deepening refers to greater integration amongst existing members. In the 1990s, this debate centred on whether the EU had to integrate more tightly in advance of an eastern enlargement in order to avoid political paralysis. Meanwhile, the first of the famous Copenhagen criteria demanded that countries demonstrate stable, functioning democratic institutions, which can ensure the protection of the EU’s fundamental values. This criterion assumed that existing members were already unimpeachably democratic and unequivocally committed to the EU’s fundamental values. How quaint this now seems, given that at least four of the current twenty-seven would not obviously appear to meet this standard. Bulgaria and Romania are subject to the “Cooperation and Verification Mechanism” for deficiencies in their judicial systems and control of corruption. Hungary and Poland have brazenly renounced some of the EU’s fundamental values and are involved in an ongoing confrontation with the European Commission over the rule of law. Hungary’s proudly illiberal government has now won a fourth term in a row and appears to be a long-term problem for the EU.

The EU has suffered, or chosen, enlargement fatigue, since Croatia was admitted in 2013. In particular, negotiations with the countries of the Western Balkans (Albania, Bosnia, Kosovo, Montenegro, North Macedonia, and Serbia) have stalled. The new politics of enlargement are driven by the confrontation with Russia. Politics is a human activity; people are emotional; therefore, emotion has a place in politics. One of the clichés about the EU is that it has a democratic deficit. A greater, and perhaps related, problem has been its emotional deficit. The emotional case for Ukrainian membership is overwhelming and offers a real meaning to the idea of Europe as a community of values. This might be a case where reason and emotion rhyme. The rationale for enlargement is now driven by confrontation with Russia. Russia cannot be trusted to leave a neutral zone between the West and itself in peace. Ukraine should be offered membership to exclude Russian influence.

If this is a rationale for Ukrainian membership, it would also seem to be a rationale for any state that has either been threatened by Russia or that serves as a conduit for Russian meddling in Europe. So, we need to reconsider Moldova and Georgia, which are threatened, as well as Serbia, which has wobbled between Russia and Europe over the last twenty years. Serbia is the key to the Western Balkans, most obviously in relation to the stability of Bosnia, but also Kosovo, and North Macedonia. The security rationale is weaker for Albania, but it looks more ready for EU membership than its neighbours in some respects, and given its continuing faith in Europe after a harrowing 1990s and delaying tactics by the EU in recent years, it has a strong emotional case.

That the EU can have a positive influence on the internal politics of a future member state is apparent in the historical case of Slovakia. In 1998, the Slovak people voted out the government of Vladimír Mečiar. The EU Commission’s previous signal that Slovakia had fallen behind its neighbours in the reform process and progress towards EU membership was seen as crucial to this electoral swing. A credible EU membership perspective can be a powerful influence on both elite and mass politics for candidate countries. If the EU were to demonstrate it is serious about enlargement to the Western Balkans, that could nudge politics in a pro-European direction in those countries. Like Orbán in Hungary, President Vučić of Serbia has also just won a comprehensive victory and probably has little inclination to move towards the EU. Nevertheless, if Serbia, perhaps like Slovakia almost twenty-five years ago, saw its neighbours advancing towards the EU, this might change the debate around its internal governance, its borders, and its relations with Russia and other authoritarian regimes. Of course, if mishandled, this scenario could reinforce Serbia’s sense of victimhood and exceptionalism.

If all were included, the three post-Soviet countries, plus the six Balkan countries, plus the four current members with democratic issues, would make for an EU of thirty-six members, thirteen of which arguably do not meet the first Copenhagen criterion of having stable democratic institutions. The EU is a geopolitical magnet, not because of its great armies, an implicit security guarantee, or its symbolic power, but principally because of its economic and social success in helping waves of countries recover from war, authoritarianism, isolation, and underdevelopment. An EU in which authoritarianism and extreme corruption were normal, rather than exceptional, would find it very challenging to uphold its fundamental values and to continue to deliver economic and social success. This, of course, is the justification for democratic conditionality in the European Union, as exemplified by the first Copenhagen criterion. In 1993, democratic conditionality was mainly conceived as an external power, directed against authoritarianism in prospective member states. The EU’s contemporary democratic conditionality is also internal, directed at reversing democratic backsliding in current member states. It refers to the two related, but separate, dimensions of authoritarianism and corruption, as a few examples will illustrate. In Hungary authoritarianism and corruption are intertwined. Poland, by contrast, is less corrupt and its disagreement with Brussels is more ideological. Pre-war Ukraine was one of Europe’s most corrupt societies but, with the Orange Revolution of 2004-5 and the Maidan uprising of 2013, it had committed itself to democratic government. As well as these two dimensions of governance, the EU’s democratic conditionality now operates not just externally, but also internally.

Poland’s government has been wrong about many things in European politics, but it was absolutely right about Vladimir Putin. Polish citizens and their government have been generous in their support for millions of Ukrainians fleeing the fighting. Understandably and justifiably, the war led to a brief truce in Poland’s rule-of-law battle. This has turned out to be very temporary. The EU Commission announced its intention to sanction violations of the rule of law by Hungary by reducing funding almost immediately after Orbán’s re-election. Poland appears to have unwisely resumed hostilities by blocking the EU’s adoption of an internationally agreed minimum corporate tax rate – probably intended as a threat to paralyse the EU if the Commission does not renounce its new rule-of-law enforcement powers. Corruption is an entrenched social and political power structure and it is harder to remove than a party or individual with an authoritarian bent. There is no encouraging Slovak-style precedent for EU pressure reversing corruption quickly. Nevertheless, surely the withdrawal of funding and more intrusive auditing can exert more leverage than demands for legal reform and the prosecution of a handful of senior politicians.

Iain McMenamin is Professor of Comparative Politics in the School of Law and Government at Dublin City University. He is interested in most areas of comparative politics and has published on many topics including political economy, business and politics, political communication, and East-Central Europe. 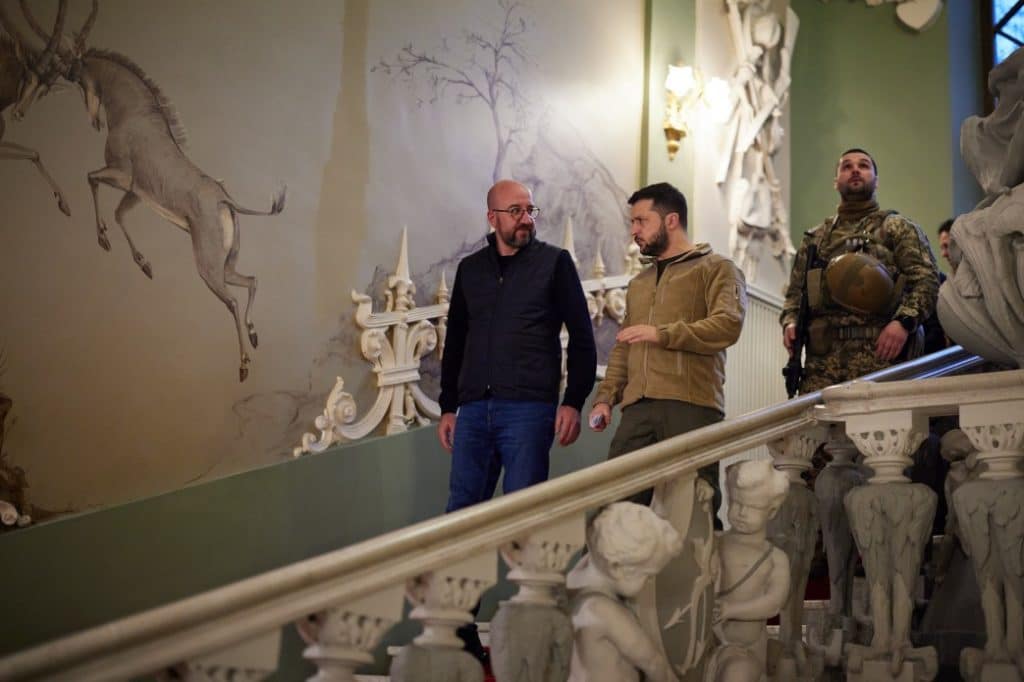 The Rise of Regional Groups in the EU