Austria joined the European Union in 1995, together with Sweden and Finland, after a referendum in June 1994 in which 66,6% of the population voted in favour of accession. As a result, the EU Accession Treaty was signed on 24 June 1994 on the island of Corfu in Greece. Since then, Austria has been a firmly integrated Member State that takes an increasingly vocal role in the European Council (see here, here and here).

Austria was heavily impacted by the debt crisis and the subsequent Euro-crisis. Austria’s GDP shrank by -3.8% in 2009. In addition, the sovereign debt crisis caused the Austrian Hypo Alpe-Adria-Bank International to be purchased by the government for 1 Euro owing to credit difficulties. However, Austria’s credit rating remained relatively stable during the crisis, and no bailout or support via the European Stability Mechanism (ESM) was necessary. On the EU level, the social-democratic government under then-chancellor Werner Faymann backed the euro rescue deal, which was approved after a heated debate in the Austrian parliament.

During the European migration crisis, Austria counted the third-highest per capita asylum applications in the European Union. Between the summer of 2015 and spring 2016, Austria became one of the Member States most affected by the migration crisis. The then Austrian chancellor, Werner Faymann, insisted that the open-door policy would work and that borders must remain fully open. Thus, in 2015, more than 88,000 people requested asylum in Austria. In 2016, another 42,000 did so. As a corollary of the migration crisis, the now conservative Austrian government has taken an adamant stance on migration. It is aligned on these points with the central and eastern European Member States. This, however, already led to conflicts with the minor coalition partner of the Greens. The Greens support a more open migration policy which could lead to internal conflicts when negotiating The New Pact on Migration and Asylum in Brussels.

Austria and its current chancellor, Sebastian Kurz, take an ambivalent position on the rule of law crisis and see themselves as a bridge to the Central and Eastern European Member States. Further, he strives to be a broker between Brussels, Budapest, and Warsaw. Historically, Austria was the only Member State that had already witnessed a rule of law crisis in January 2000 when far-right politician Jörg Haider temporarily joined the Austrian government. Back then, the other 14 EU leaders (in the EU-15, as it was then) applied bilateral sanctions against the Austrian government until Haider left the government. The image of Austria as a politically reliable Member State suffered as a result. As an aftermath of the ‘Haider affair’, the Article 7 TEU procedure protecting democracy and the rule of law was subsequently integrated into the Nice Treaty reform of 2001. The current government’s position on the rule of law seems ambiguous at best. For example, during the European Council Summit 2020, the Austrian chancellor, Sebastian Kurz, said that the rule of law Conditionality Regulation is a condition sine non qua for the distribution of EU funds. However, and at the same time, Kurz is repeatedly criticised for his governing style, which is at odds with the rule of law principles. Notably, his previous right-wing coalition ended with a dramatic political scandal that made waves across Europe.

Austria was fully aligned with the EU position during the Brexit negotiations and supported the EU’s chief negotiator Michel Barnier in all his actions. In 2021, the EU Commission announced that Austria would receive EUR 16.8 million to alleviate the likely negative impacts of Brexit on the Austrian economy.

Since 1995, Austria has been fully signed up to the EU’s Economic and Monetary Union project. Thus, various provisions of the EU Treaties, including the common currency and the Protocol on the Eurogroup, are applicable. Furthermore, Austria also met the Maastricht convergence criteria, demonstrating its resolve to be part of the ‘Eurozone’. Subsequently, Austria fixed its currency value to the Euro in 1999 and effectively abolished the Schilling by removing it from circulation after Euro notes and coins were introduced in 2002. Additionally, Austria is a member of the Treaty on Stability, Governance and Coordination (whose Chapter III is known as the “Fiscal Compact”) and is a signatory State of the European Stability Mechanism.

Austria is part of the Schengen Area. However, during the migration crisis, Austria reimplemented border controls with Hungary and Slovenia, which have still not been removed to this day (October 2021). Furthermore, the Austrian migration policy has shifted from being pro-migration under the SPÖ government towards one of the most rigid stances on migration under the current ÖVP government. Finally, Austria erected border facilities near the Brenner crossing and a fence at the Slovenian border during the migration crisis.

Austria is a participating Member State in the European Public Prosecutor’s Office (EPPO).

Austria takes part in the enhanced cooperation on divorce law (Rome III), the property regime of international couples within the EU, and the European Unitary Patent via the UPC Agreement. Regarding the Common Foreign and Security Policy, Austria is an interesting case. It chose to be a neutral State during the East-West conflict in 1955 as the price paid for Soviet troop withdrawal. This ‘perpetual neutrality’ is also why Austria is one of the few Member States that never joined NATO. Consequently, Austria is not a full military partner in the sense of a commitment to a common European or transatlantic security and defence policy (CFSP, NATO, ESDP, ESDU) and Austria managed to evade responsibilities under the second pillar of the ‘new’ integration process (GASP, ESVP). However, Austria did join the Permanent Structured Cooperation in Defence (PESCO).

Austria is part of the Frugal Four, an informal cooperation group among like-minded fiscally conservative European countries, including Austria, Denmark, the Netherlands, and Sweden. The Frugal Four advocate for EU budget rebates and tight fiscal policies in the Eurozone governed by the Stability and Growth Pact and generally advocate against a large distributive European budget and collective EU debt. However, on other policies, such a migration or vaccine distribution, Austria has repeatedly aligned with central and eastern European Member States to achieve its objectives at the European Council. Nevertheless, despite this alignment on migration policy, Austrian membership of the Visegrad Group (the Czech Republic, Hungary, Poland, and Slovakia) was out of the question for the Member States concerned.

Austria does not have any colonies or overseas possessions.

The author is unaware of any current relationship with disputed countries or territories. However, in the past, there was an initiative of the Austrian government (that never actually transformed into action) to offer Austrian passports to the German-speaking minority of the Autonomous Province of Bolzano. Later, the Austrian government decided not to go forward with such a proposal. Historically, the South Tirol issue with Italy led to blocking the accession negotiations with Brussels between 1967–1969 and could only be finally resolved by the joint signing of a UN declaration in 1992.

Austria was strongly affected by the first wave of the COVID19 pandemic. Specifically, outbreaks in Austrian ski resorts (most famously in the town of Ischgl) made headlines and continue to occupy local courts as the local authorities were slow to act in March 2020, thereby creating a situation in which infections would spread all over Europe. Taking a look at the economic impact, Austria’s GDP growth slid by – 6,6 % as a result to the protective lockdown measures that the government would take from April 2020 onwards (for a complete economic analysis, see here). To counter this GDP contraction, Austria implemented various measures to alleviate the burden on the economy (see here), among them the instrument of ‘Kurzarbeit’ or ‘short work’, which was later also implemented on the European level via the SURE instrument.

Austria’s government was initially sceptical about the German-Franco initiative of the EU Recovery Fund, thereby joining the frugal four, fiscally conservative, Member States group. Finally, however, Austria could be convinced to agree to this seminal initiative by receiving a significant rebate on its contributions (see here). Regarding its national recovery plan, Austria received approval from the Commission for its package worth €3.5 billion on 21 June 2021. Austria will invest the money in the following years primarily into railway modernisation, broadband extension and rollout and various ecological projects.

Most recently, Austria engaged in a spat about the distribution of vaccines claiming that I did not receive enough vaccines from the Commission. However, Austria’s government was unsuccessful with this strategy as other Member States rebuffed Austria’s bid to change the distribution formula.

Austria government’s position on the Conference on the Future of Europe (“CoFoE”) is not particularly enthusiastic. Instead, the Austrian government joined an initiative of twelve Member States to already water down the expectations of the outcome of the Conference (see here). In the overall population, the public engagement for CoFoE has not sparked outside Europhile circles. However, in a recent attempt to boost the visibility of the Conference, the Austrian EU Minister, Karoline Edtstadler, jointly signed the Alpbach Declaration on the Future of Europe together with her Irish, Greek, Spanish and Hungarian counterparts. 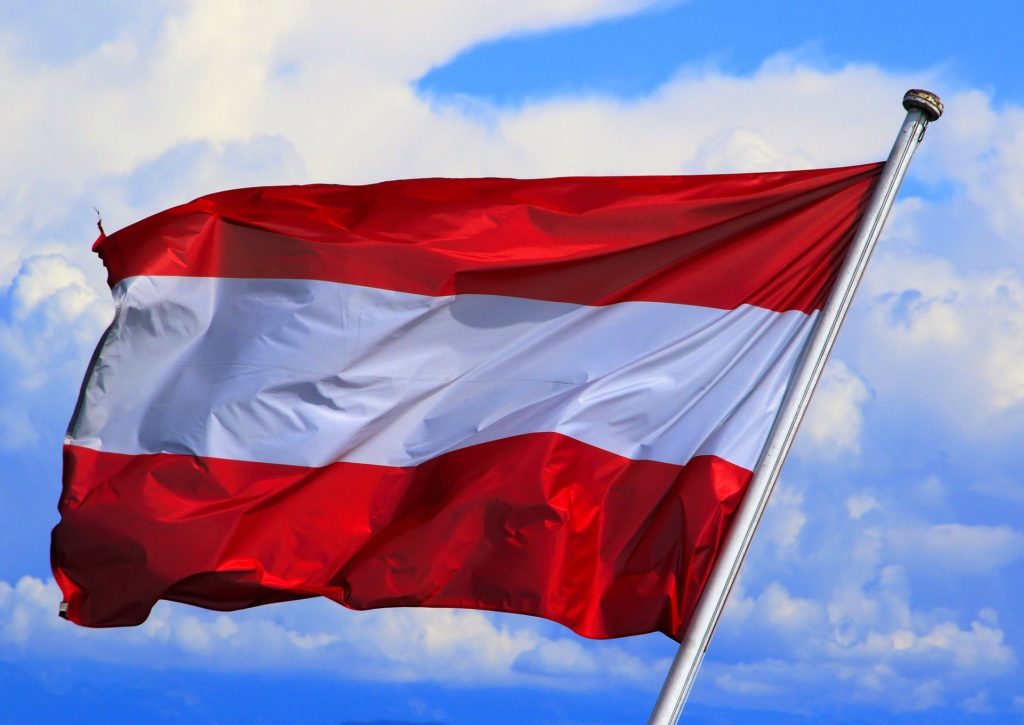