Sweden, which is not a member of the eurozone and has a floating exchange rate, was less affected by the euro-crisis than many other countries. The fact that Sweden’s major export destinations were Norway and Germany, two economically strong countries, contributed as well. This meant that the level of unemployment stayed relatively low, and that budget and state debt remained under control. However, due to the high level of interdependence between Sweden and the eurozone group the crisis was still a matter of vital importance for Sweden.

The migration crisis of 2015 had a huge effect on Sweden. The country has traditionally welcomed refugees and this was also the case in 2015. Considering the magnitude of the crisis Sweden also expected other countries to do the same. By October 2015, it had become obvious that the influx of refugees in Sweden had created a situation that was getting out of hand, and Sweden therefore had to announce stricter rules. This agreement was made by a large majority of the political parties. In November 2015 Sweden also introduced temporary border controls. During 2015 a total of 163 000 asylum seekers were accepted, which for a population of 10 million was higher per capita than any other EU country[1].

Sweden has strong views on the ways in which the EU should deal with asylum and migration issues, arguing that there should be no opt outs for reception. Sweden supported the proposal by the Commission of 13 July 2016 to reform the Common European Asylum System, in spite of finding it much weaker than what Sweden would have preferred. The reason for the support was that the proposal prescribed that all countries had to respect the right to seek asylum. During this period one party, the Sweden Democrats (SD), was sharply at odds with the others, arguing that each country should be allowed to decide on its own[2].

According to the Transparency International Corruption Perception Index of June 2020 Sweden is among the least corrupt countries in the world[3] and Swedish officials and political leaders also generally take a harsh view on breaches against the rule of law. Sweden has supported the Commission when activating article 7 procedures against Poland for its reforms of the judicial systems since 2015, which the Commission sees as a weakening of the independence of the judiciary in Poland. The Swedish government now welcomes a revival of the proceedings. The article 7 proceedings should, according to Hans Dahlgren, Minister for EU Affairs, continue as long as there is a danger of a systematic threat against the rule of law in Poland[4].

The criticism against Hungary concerns issues such as the independence of the judicial system and the freedom of speech and media. Other areas of concern relate to corruption and to discrimination against people due to their sexual orientation. Therefore, Sweden argues, the article 7 procedures should continue to be on the agenda of the Council as long as there is a systematic threat against the rule of law in Hungary[5].

Brexit was seen as harmful for Sweden. The UK was an influential member of the EU and at the same time a close partner to Sweden. The two countries share views in several important areas such as the need to have a firm attitude to Russia’s aggressive activities. The UK and Sweden are also both strong adherents to the idea of free trade and therefore critical towards protectionist tendencies in other EU member states. They have also both resisted any developments that would move the  EU’s defence policy away from intergovernmentalism.

While having a strong interest in continued British membership of the EU, Sweden could not accept this at the cost of abandoning a basic principle such as the free movement of people in Europe. All political parties except for the Sweden Democrats were of the same opinion[6]. Sweden has also during the whole process agreed with the EU’s way of pursuing the negotiations leading to Brexit.

Sweden remains outside the eurozone, while not having an opt-out; it is sometimes described as having a “de facto opt-out” from joining the single currency. The background is that during the negotiations for Swedish membership of the EU (member from 1 January 1995) Sweden declared that it could not at this time promise to accept the euro – a decision of this magnitude required a referendum. The referendum took place in September 2003 and resulted in a negative response. (55.9 % of those who voted were against joining, 42 % for and 2 % gave blank votes.)  Neither the EU, nor Sweden, has made any moves to formalise the outcome in an opt-out. The only political parties arguing for this are the Left Party and the Sweden Democrats, in both cases most probably since this would make it more difficult to join if Sweden would wish to do so. There is at present no real debate on joining the euro and only one political party, the Liberals, that persists to argue for it..

There is currently an ongoing deepening within the eurozone group. Sweden sees this as perfectly proper as long as this concerns the economic area but has some concern about a widening rift between eurozone countries and others in case deepening would also concern  political issues, which, according to Sweden, should be dealt with by the EU as a whole..

For several years Sweden has abstained from joining the European Public Prosecutor’s Office (EPPO), the reason being that it was seen to bring little added value. The decision has now been taken to join the EPPO and this will take place in 2023[7].

The Banking Union applies to all countries in the euro area and is also open for non-euro countries. Potential membership has been subject to some debate in Sweden, but as yet the country is not a member[8].

Sweden has also decided not to sign up to the Rome III regulation, which stipulates which law would apply in case an international couple decides to divorce. The Swedish argument is that under Rome III there are no guarantees protecting persons living in Sweden from  being subordinated to the laws of a country with less liberal divorce laws, which might impair the possibility to get a divorce[9].

Sweden is part of the Nordic cooperation involving Denmark, Iceland, Finland, Norway, Sweden, the Faroe Islands, Greenland and Åland. Primarily it takes place in two fora. The Nordic Council for interparliamentary cooperation started in 1952 (Finland joining in 1955), and the Nordic Council of Ministers for government cooperation, started in 1971. Nordic cooperation also takes other forms such as the common efforts to harmonise laws. Unofficially it takes place in all parts of the societies of the five countries.

Nordic cooperation has led to the establishment of a common Nordic labour market (1954) and a passport union (1954 and 1957). There is also an entitlement to welfare and the right to vote at regional and local elections in other Nordic countries.

Nordic Defence Cooperation (Nordefco) was established in 2009 by gathering several other cooperative arrangements into one. The aim of Nordefco is to strengthen the member countries’ defence capabilities by identifying areas for cooperation and to promote effective solutions. Cooperation is voluntary and the individual countries can choose which areas they want to cooperate in. (Since Iceland has no military forces it is less involved in this part of the cooperation.) Nordefco cooperation should not be seen to be at the expense of cooperation within the EU or NATO but as supplementary to it. In 2018 a new vision for Nordefco was signed which aims to improve Nordic defence capability, including cooperation in peace, crisis and conflict[11].

After Russia’s aggression against Ukraine and its increasingly aggressive behaviour also in the Nordic region, Nordefco cooperation is more focused on the territorial defence of the Nordic countries.

Nordic cooperation also includes agreements among two or three countries, the closest one between Finland and Sweden. In 2018 the Swedish and Finnish Ministers of Defence signed a Memorandum of Understanding specifying a number of areas in which the partnership will be developed: communication on defence and security policy, exercises and training as well as surveillance and maintaining territorial integrity. Finland and Sweden will also have access to one another’s territories for their military units, host nation support and measures to create conditions for joint military action, including operational and tactical planning and interoperability[12].  An important goal of defence cooperation is also to ensure that the two countries are able to respond to situations across a range of scenarios and levels of conflict, including crisis and war[13].

Finland, Norway and Sweden agreed in 2020 to start discussions with the aim to be able to coordinate plans for present and future operations. A suggested focus was on the far north (where the air forces of the three since 2010 pursue frequent cross-border training)[14]. In September 2021 Denmark, Norway and Sweden signed an agreement to improve interoperability and enable common military action if decided within areas of common concern in the southern parts of Scandinavia[15].

Sweden has no territorial differentiation. There is no connection to a microstate and Sweden is not connected to any disputed territories.

During the negotiations for the budget and the recovery fund, Sweden was part of the so called frugal four, which also comprised Austria, Denmark and the Netherlands, and which inter alia preferred to give money as loans rather than grants.

There were several reasons for the Swedish position, based on what had been a Swedish policy for a long time. One of them was that Sweden was opposed to giving any authority over taxation to the EU, since this would be a step away from the intergovernmental cooperation that Sweden prefers. Another argument was that money would be more effectively used when given as loans. Furthermore, Sweden has also for a long time reacted against the way in which the EU budget is allocated, especially the large share of it spent on agriculture — partly since there is no lack of food in Europe and partly since much of the money goes to the big farmers in Western Europe. The new tasks, like migration and border control, that are used as a reason for increasing the budget, would easily fit into a lower budget if the CAP was reformed. Other arguments were that it would not be fair to burden coming generations with huge collective debt[16].

Some had other opinions, however. Prominent among them were the Liberals[17] as well as some representatives for trade unions and industry. One argument was that Sweden should show more solidarity, and another was that Sweden was depending on other countries’ recovery for its own exports[18]. In the context of solidarity, it should, however, also be noted that Sweden at this time launched two global initiatives to help those suffering from illness and hunger.

The Swedish government pursues an ambitious programme in the context of the conference on the future of Europe. The ambition is to increase participation in the EU. Hans Dahlgren, Minister for EU Affairs meets young people at schools and universities in all parts of Sweden to talk to them about the EU. During the pandemic the meetings have mostly been digital. The efforts are aimed at increasing participation, knowledge and commitment[19]. However, little about the conference is written in newspapers or discussed in media.

[15] The defence ministers of Denmark, Norway and Sweden sign a trilateral Statement of Intent on enhanced operational cooperation – Government.se, 24 September 2021. 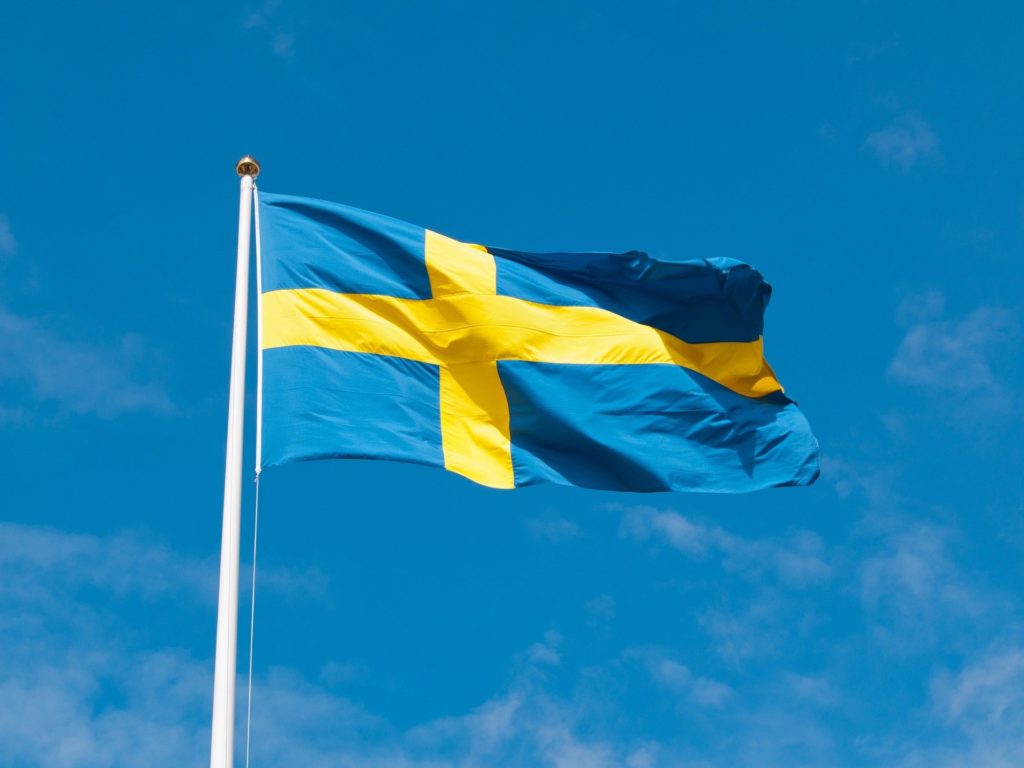