The Euro-Zone Crisis and the Underground Economy: The Socio-Economic Roots of the Italian Economic Decline

There have been many scholarly contributions to the debate about the macroeconomic causes of the Italian debt crisis in 2011-12. However, it is worth noting that Italian problems of competitiveness that brought to the Euro crisis are not only linked to macro-economic dynamics. They also derive from some deeply engrained socio-economic phenomena. One of the most serious is the growing importance of the underground economy, which includes both the informal shadow economy and the illegal one.

Given that the OECD has strongly backed the inclusion of the non-emerged economy into countries’ official accounts, the estimates provided by reputable Italian research institutes such as Eurispes note that the size of the Italian underground economy is currently half of official GDP. This is a frightening figure, which conceals the dualist nature of the Italian economy.

One of the largest components of the underground economy is irregular employment, especially in personal and domestic services, and agriculture, although irregular jobs are available even in the manufacturing sector in Italy, contrary to other southern European countries. In spite of the liberalisation of the labour markets carried out in the last decades under the auspices of the EU and other international organisations, the rate of irregularity of the Italian labour markets has actually increased.

If it is a fact that irregular employment is widespread throughout the peninsula and involves mostly Italian workers; it is also a fact that the vast majority of migrants, and certainly all irregular ones, find work only in the underground economy. This is especially true for irregular migrants working in the agricultural sector in the Italian South, where the working conditions, very often controlled by organised crime, are unacceptable to say the least.

However, notwithstanding the dire conditions in which immigrants find themselves in the Italian underground sectors, this actually represents a strong pull factor for irregular migration into the country. It is indeed plausible that immigrants who are prepared to undergo risky and costly migratory processes, often with the help of organised crime, are more likely to prefer those countries with easy access to the irregular labour market and, therefore, with thriving and well established underground economies. However, if this is an incentive for them to enter Italian territory irregularly, it is also at the root of their marginalisation from Italian society, and increases their likelihood to ‘misbehave’.

Overall, relying on cheap, unskilled immigrant labour, often of an irregular nature, does not help Italy increase its competitiveness in the global political economy. Instead, this exacerbates the more unfavourable characteristics of the Italian productive structure, such as the very small dimensions of its companies, the lack of innovation and the low skill and low technology content of its production. Perhaps, not considering only the macroeconomic dimension of the Italian continuous economic decline could help to tackle it in a more effective way.

Image credit: “Italy Milan” by Epsilon68 – Street and Travel Photography is licensed under CC BY 2.0 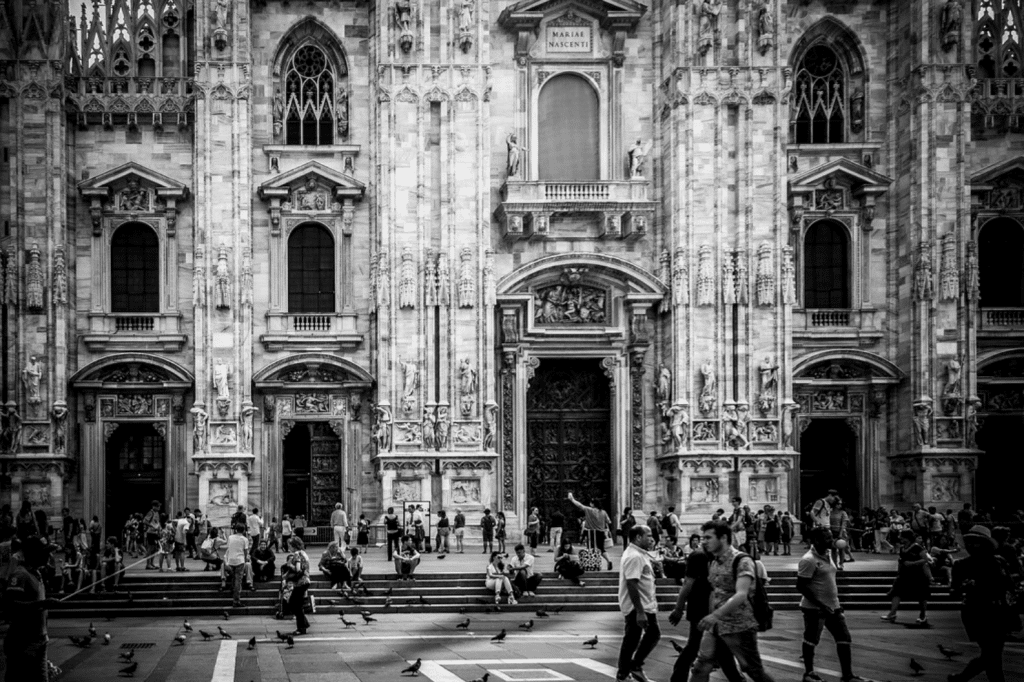