The EU-Turkey Statement of 18 March 2016, the so-called refugee deal, has been in force for more than four years. Following the year 2015 that witnessed the highest level of refugees and migrants on record, with a fourfold rise over the previous year, the deal was a response to the spike in the flow of migrants trying to reach Europe by land and sea. The EU has turned its particular focus on Turkey in parallel to its tendency towards the external dimension of migration policies mainly due to the dramatic failure of internal policies. The deal was designed as an immediate remedy for the migration ‘crisis’ as a series of events brought the situation in the EU to a crisis of political will combined with lack of unity. Whilst all other proposals added almost nothing to meet the EU’s main goal and emergency need, i.e. to curb the migration flow, the EU engaged a complex deal with Turkey to stop flows, at first place, outside the European shores regardless of the motives behind mobility.

The deal, in brief, has many aspects that largely represent a practical application of externalization and securitization approaches as Palm states. Firstly, Turkey, as of 20 March 2016, agreed to accept the rapid return of all migrants crossing from Turkey to the Greek islands, those not applying for asylum or whose application has been found unfounded or inadmissible. In addition, the so-called 1:1 scheme was established. Accordingly, for every Syrian returned to Turkey from the Greek islands, another Syrian would be resettled to the EU. In exchange, the EU committed to increase the resettlement of Syrian refugees residing in Turkey, accelerate visa liberalization for Turkish nationals, and boost initially allocated financial support (€3 billion) under the Facility for Refugees in Turkey with a further commitment to mobilize additional funding up to €3 billion. However, for the resettlement of those in Turkey, the conditionality was apparent that only once irregular crossings between Turkey and the EU are ending or have been substantially reduced, a Voluntary Humanitarian Admission Scheme would be activated.

Reliance on figures: At the expense of what?

The deal seems, at the first stage, working the way it was intended to, i.e. decreasing the numbers. For the European Commission, good progress in operationalizing the deal has been made and significant steps in the implementation have been taken. As of 15 June 2020, it is stated: There has been a substantial decrease in the numbers leaving Turkey for Greece. In the weeks before the implementation of the Statement, around 1,740 migrants were crossing the Aegean Sea to the Greek islands every day. By contrast, the average daily arrivals since 1 May are down to 47, a decrease of over 95% (nevertheless, important not to leave aside impact of the coronavirus pandemic on the human mobility). Also, 511 Syrian refugees have been resettled from Turkey to Europe. The return of 462 migrants who had not made asylum applications in Greece has been carried out from the Greek islands to Turkey.

However, regarding the other promises concerning lifting visa requirements, upgrading of the Customs Union and the opening of new accession chapters, there has been no progress. More importantly, substantially the reliance on figures and showing the decline in numbers as an example of good implementation cannot compensate for the fact that the deal circumvents the democratic, judicial, and fundamental rights safeguards introduced in pre-deal period (if one can say so). This has happened as a result of: (1) the assumption that Turkey is a ‘safe third country’ for asylum-seekers and refugees; (2) the form of agreement, announced via a press release.

Is Turkey a ‘Safe Third Country’?

The concept of ‘safe third country’ is designed to safeguard the most important human rights and protection obligations. According to the related regulations, a third country can only be designated as a safe third country if it provides, among other conditions, “the possibility to request refugee status and, if found to be a refugee, to receive protection in accordance with the Geneva Convention”. Due to its geographical limitation, Turkey can not provide such possibility to asylum seekers coming from its East to apply for a refugee status. Turkey’s first ever asylum law, the Law on Foreigners and International Protection in 2013, and Temporary Protection Regulation in 2014, set out the rights and obligations along with procedures for the foreigners and for those who are granted ‘temporary protection’ in Turkey. There seems to be an ‘hierarchy’[i] between those who have refugee status, conditional refugee, subsidiary protection, and temporary protection. The temporary protection regime offered to Syrian nationals falls short of the legal guarantees provided by the Geneva Convention. The duration of ‘temporariness’ is vague and the limits of the protection under this status are subject to the ‘hospitality’ of the government that guaranteed the scope of the rights and duration. Any possible political and conjunctural decision would leave these people “in limbo”, without no option to apply for refugee status or to return their own country if the conditions at their home countries do not change.

On the other hand, where is ‘safe’ for refugees or migrants seeking protection is also a question to think about for the whole world regardless what their rights are on paper or in spoken promises. Surely it is not ‘safe’ in the refugee camps on the Greek islands where the slow wheels of Greek bureaucracy make people wait for more than a year in atrocious conditions, nor even in ‘Merkel’s generous Germany’ where nearly 1,800 cases of missing unaccompanied children migrants have been registered.

The respect of human rights is supposed to be a crosscutting priority for the migration policy frame. However, the EU’s externalization of migration policies is more likely to turn into the one emphasizing informal channels and political arrangements of cooperation, a form of crisis-led governance, that undermines fundamental European values.

This brings us the second issue mentioned above, the form of the EU-Turkey deal. The political agreement, announced via press release, indicates less or no parliamentary scrutiny and no effective judicial control over the adoption and application of this agreement at either the EU level or the national level. In 2017, the Court of Justice also declared, in its decision, that it does not have jurisdiction to assess the deal on formal grounds. This somehow allows intergovernmentalism to predominate in EU policymaking in this field and makes the member states main actors pursuing their self-interest at the expense of the rights and welfare of the migrants.

One can say that the deal, at the outset, undermines Europe’s human-rights commitments in a visible way as well as alters the course of EU external migration policy. This may be even more costly in the long-term.

A deal hanging by a thread: No one to win

The further dilemma here is that the EU’s eyes remained closed to backsliding in reforms and democratization in Turkey, mainly because priority is given to the goal of decreasing refugee numbers. The short-sighted approach with a reliance on numbers of refugees reaching the European shores has weakened the EU’s ability to address political considerations in Turkey. Alongside the criticism concerning human rights of the people on the move, this causes the political focus to shift from the nature of accession negotiations with Turkey. Instead of a dialogue based on mutual trust, there seems to be a partnership in a vulnerable situation, that leave the EU weakened to address other aspects of the relations and that adversely affects its transformative ability.

By the beginning of March 2020, Turkish official stated that there were more than 100,000 refugees heading towards the Greek border. This was right after the announcement by Turkish Minister of Interior that Turkey could no longer stop refugees from leaving for the EU in response to the killing of at least 36 Turkish soldiers by Syrian government forces in the province of Idlib. As the news spread, many vehicles full of refugees were already on the way to the Turkish western border. At the Greek-Turkish borders, a severe humanitarian emergency experienced right in front of the eyes of both sides and the international public. On March 9, both sides, the EU and Turkey, at the end of an emergency meeting, decided the deal was still valid. But until when?

Lately, once again, Turkey is about to link a political issue to the refugee deal. While the potential for energy reserves in the eastern Mediterranean has recently sparked a territorial dispute between Turkey and Greece, the spokesperson for Turkey’s ruling party, Omer Celik, said the EU could no longer count on Turkey’s cooperation on refugees if it goes ahead with plans to sanction Turkey over its exploration operations in the eastern Mediterranean. This once more demonstrates how the deal hangs by a thread, and how expensive it would be to rely on a sole security-oriented approach via political agreement. In the end, the deal would seem to be turned out a situation that each side tries to pursue first their own interests based on short-term calculations, but there would be no winners, least of all the refugees. 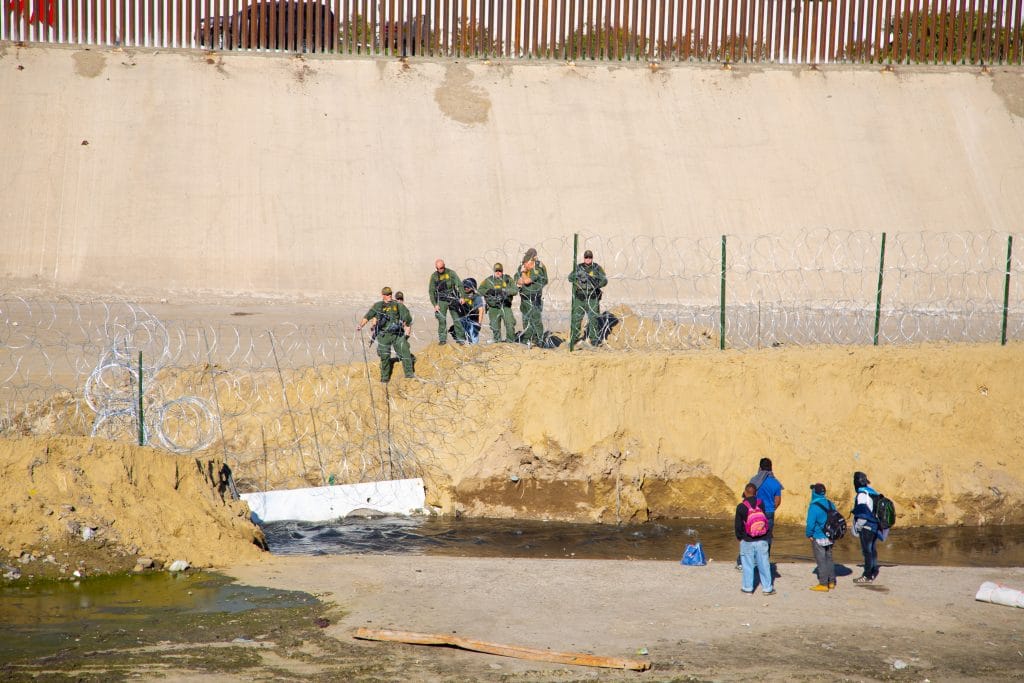