Paschal Donohue’s recent election as president of the eurogroup of eurozone finance ministers was seen as a diplomatic triumph for Ireland, which threw considerable political and diplomatic resources into securing that victory. Donohue’s election (effected in a videoconferenced meeting of his peers) marked a remarkable reversal of Ireland’s abject request for a €67.5 billion bailout in 2010.

Donohue was a dark horse, defeating the frontrunner, Spain’s highly-qualified economy minister Nadia Calviño in a second round of voting, following the elimination of Luxembourger Pierre Gramegna in the first. Taking that scalp was itself also worthy of note, since Gramegna is the second-longest serving finance minister in the eurozone. Calviño (a former high-ranking Commission official) and Gramegna proved themselves unlucky generals, however: in 2019, Calviño had also failed to win the job of managing director of the IMF. And this was Gramegna’s second unsuccessful run at the eurogroup presidency, having previously lost out to Portugal’s Mário Centeno in 2017. Remarkably, Calviño had enjoyed the backing of all four of the biggest states in the 19-member currency union: Germany, France, Italy and Spain. The presidency, however, is awarded by simple majority vote of eurozone states – and in this election, remarkably, the smaller states outvoted the bigger ones. The fact that the ballot was a secret one clearly assisted in this regard: Calviño claimed after the election at least one unidentified vote promised to her had defected (although whether this is actually so is disputed).

Donohue’s status as a politician (rather than a technocrat like Calviño) and his personal amiability assisted in this contest. But he had a number of other major advantages. His Fine Gael party belongs to the currently-dominant centre-right EPP group in Europe – which helped garner him more than half of the ten votes he needed to win the post. Ireland’s adherence to the ‘new Hanseatic League’ of fiscally-prudent EU member states from 2018 (in a desperate search for allies to replace the departing UK) also paid off (contrasting starkly with Calviño’s politically-hamfisted 2018 disparagement of the ‘Hansa’ as ‘small countries with small weight’).

To a record of polarising words, Calviño had added controversial (if nonetheless objectively desirable) policies: e.g., ambitious risk-sharing by eurozone member states, including perpetual bonds The result was the emergence of an ‘anyone but Calviño’ alliance among northern states in the second round. Ireland’s own backing, however – notwithstanding Hanseatic League membership – of the French proposal of a common debt instrument to help Covid-affected states – probably helped win support in southern eurozone states.

Spain was clearly piqued by Calviño’s defeat, its prime minister Pedro Sanchez having very publicly backed her for the job. However, the other three big eurozone states, if nominally supporting her, had not applied any real political pressure to secure her the position. Spain was probably viewed as already institutionally well represented, given that former Spanish foreign minister Josep Borrell had secured the role of EU High Representative for Foreign Affairs and Security Policy in December and Luis de Guindos, the former Spanish economy minister secured the post of ECB Vice President (defeating a better-qualified Irish candidate) in 2018. Moreover, representatives of small nations sometimes being very effective bridge builders – part of the reason why tiny Luxembourg has had its share of the top jobs over the years – Donohue, in campaigning for the job, stressed he would take on this role.

Finally, it is possible that the big states might not have been overly concerned about the eurogroup. True, it has been the crucible of some important developments, particularly during the banking/sovereign debt crisis. This April, it also provided the forum in which a €540 billion coronavirus crisis rescue package was agreed. Overall, however, its role has clearly diminished over time, and prior to Covid, it had had a truly unremarkable last few years. A January Financial Times article even posed the question of whether the Eurogroup should be abolished entirely, having arguably outlived its usefulness and morphed into a ‘staid talking shop’.

One factor in its diminished status has been political differences between member states (particularly northern and southern ones) over the future development of the currency union. A second problem has been institututional: the consequences of including non-eurozone countries as observers in eurogroup meetings (against strong French objections) have not been positive: the group’s decision-making has become cumbersome, and it has become less distinguishable from the broader all-EU Ecofin Council of finance ministers. Moreover, since the sovereign debt crisis ended, fewer policies have required an exclusively eurozone solution. Those that do (like European banking union) have become mired in difficulties or had to be cut down so much in the fact of member state objections that they lack significance (e.g., the idea of a eurozone budget). In practice, ministers have increasingly tended to use eurogroup meetings simply to read out position statements.

One of Donohue’s tasks as the eurogroup’s President may therefore have to be to seek to resurrect its fortunes. The eurogroup and he will have three major opportunities to shine. They can seek to assist in making the proposed Covid recovery plan a reality – although they may have to fight for any such role, since none seems to be envisaged for the eurogroup as matters stand. Secondly, they can seek to assist in the anticipated revamp of the eurozone’s budgetary rules – although not quite yet, since no Commission proposal will be made here until early 2021 at least. Thirdly they can seek to promote the euro’s international role. This is a to-date neglected element in the EU’s foreign policy toolbox, but one which should grow in importance, especially given that the present European Council president, Charles Michel comes from the eurozone, unlike his predecessor, Donald Tusk.

The coming years will decide whether the Eurogroup proves its worth and becomes a permanent and indispensible institutional fixture or whether it fades into the institutional miasma as another EU body that never quite made the grade. Paschal Donohue will now play a key role in determining the answer to this. 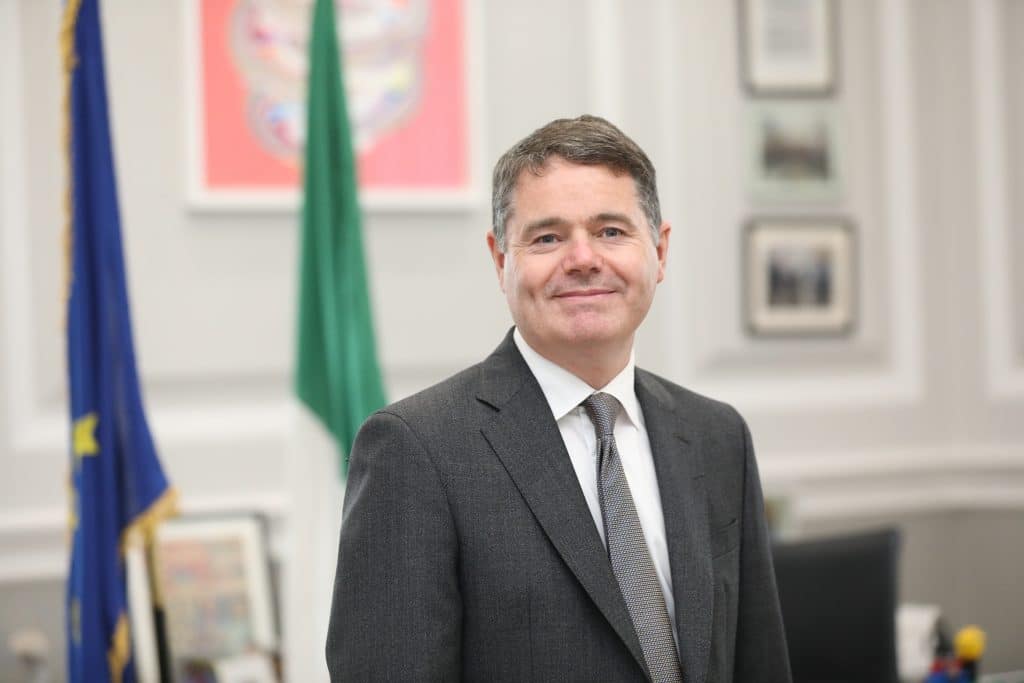