Slovenia was hit hard during the 2008 financial crisis and the sovereign debt crisis that followed. At the brink of receiving international help, the government initiated fiscal tightening, borrowed money on the markets and set up a bad bank. Having gone through the bail-out of a state bank in the preceding decade, Slovenians witnessed another bail-out in 2013. At the source of the financial problems is the corporate governance structure, where state, banks and businesses are opaquely interlinked. In the aftermath of the crisis, turmoil continues with respect to determining banking malpractices, banking regulation and the operations of the bad bank.

Slovenia, a Schengen borderland since 2007, has always been a transit country on the Balkan route for migrants trying to reach West Europe. In the 2015-16 ‘migrant and refugee crisis’, almost half a million people crossed the country in six months.[1] As a result of the crisis, asylum demands in 2016 quintupled, which led the government to increase its asylum facility capacity.[2] The International Protection Act (2016) implemented the minimal standards set in the EU law, and some rights were curtailed as asylum seekers were no longer eligible for an allowance if they disposed of funds.

Slovenia joined the EU relocation and resettlement scheme with the promise to resettle 567 individuals (now completed).[3] In 2019, the government  reiterated its commitment to the principle of solidarity and international burden-sharing.[4]

Public opinion research has shown that the 2015-16 migration crisis has not changed much the way Slovenian perceive migrants and refugees.[5] At least on a declarative level, Slovenians  describe themselves open to migrants. This is important, as the government has committed to welcome more foreign labourers, currently standing at ten per cent of the labour force, to mitigate the domestic shortage of qualified labour.[6]

Viktor Orban and Fidesz regularly feature in the media and political debates in the country. These discussions reflect only in part genuine concerns over the rule of law in Hungary. Most of the discussions have been heavily politicised, drawing parallels on the rule of law and the media situations in Slovenia and Hungary.

Meanwhile, Slovenia has challenges of its own in meeting rule of law standards of strong democracies. A significant problem is the slow pace of justice.  Several cases have been brought (successfully) against Slovenia at the European Court of Human Rights due to violations of the right to a hearing within a reasonable time.

Despite growing business relationships in the last couple of years,  Slovenia is one of the least exposed EU markets to Brexit. [7] An economic analysis on the impact of Brexit commissioned by the Slovenian Government showed that gross domestic product would contract by 0,03 per cent over ten years.[8] The loss of jobs is estimated to vary between 200 to 900 positions.

In a media interview, the Slovenian Ambassador to the UK said he was not expecting a drastic downfall of Slovenian immigration to the UK.[9] Around 5,000 Slovenians live in the UK, while 800 UK nationals live in Slovenia. The Slovenian Government adopted a law, which in the case of a no-agreement guarantees British citizens who had been residing in Slovenia before Brexit the same level of rights they currently enjoyed (conditional on reciprocity).[10]

The Government has expressed broad support for the negotiations position of the EU. On a political level, Slovenia supports a far reaching agreement and wishes to continue cooperation in matters of science, innovation, youth, culture and education also in the case of a no-agreement.[11]

Slovenia is a relatively well-integrated Member State. As part of its accession treaty, several restrictions and derogations applied to Slovenia, but fewer compared to most countries joining the EU in 2004.[12] Since then, Slovenia was the first among the ‘big-bang’ enlargement countries to adopt the euro and is a member of the Schengen area. Slovenia has also participated in the reforms that the EU adopted during the Euro crisis (e.g. Fiscal Stability Treaty) and in the European Public Prosecutor’s Office. There is a certain unease among Slovenian politicians whenever discussions on policy differentiation in EU reprise, since integration on an equal footing with West European Member States continues to be a source of pride and prestige.

Slovenia has strong ties with countries in the Western Balkans and has an interest in their accession into the EU.[13] In 2006, together with Croatia, Slovenia initiated and the Brdo-Brijuni Process, which is a forum in Southeast Europe for dialogue on security and enlargement. Among others, Slovenia is a member of the Berlin Process, Central European Initiative, Regional Council for Cooperation and the Adriatic Ionian Sea Initiative. During its first presidency to the Council of the EU, Slovenia was a promoter of a more coherent policy towards the Mediterranean neighbourhood. It remains active in particular in bringing partnerships in higher education and research.

Slovenia has a long-standing land and sea border dispute with Croatia, which has had a significant impact on the political scene in both countries. After years of trying to resolve the dispute bilaterally, and Slovenia blocking Croatian accession to the EU, the two countries agreed to settle the dispute with arbitration. In 2017, the Arbitral Tribunal in the Hague made rules on the border, but Croatia has so far refused to implement the decision. In an attempt to make Croatia abide by the arbitration, Slovenia brought a case unsuccessfully in front of the ECJ. Currently, the dispute has reached a stalemate.

[7] British Embassy Ljubljana (2020) UK Ambassador to Slovenia meets Slovenian Foreign Minister ahead of the UK’s departure from the EU. Available at:  https://www.gov.uk/government/news/uk-ambassador-to-slovenia-meets-slovenian-foreign-minister-ahead-of-the-uks-departure-from-the-eu  (27. 5. 2020)

[10] Act Regulating Certain Issues Regarding the Withdrawal of the United Kingdom of Great Britain and Northern Ireland from the European Union without a Withdrawal Agreement (2019). Avalable at: 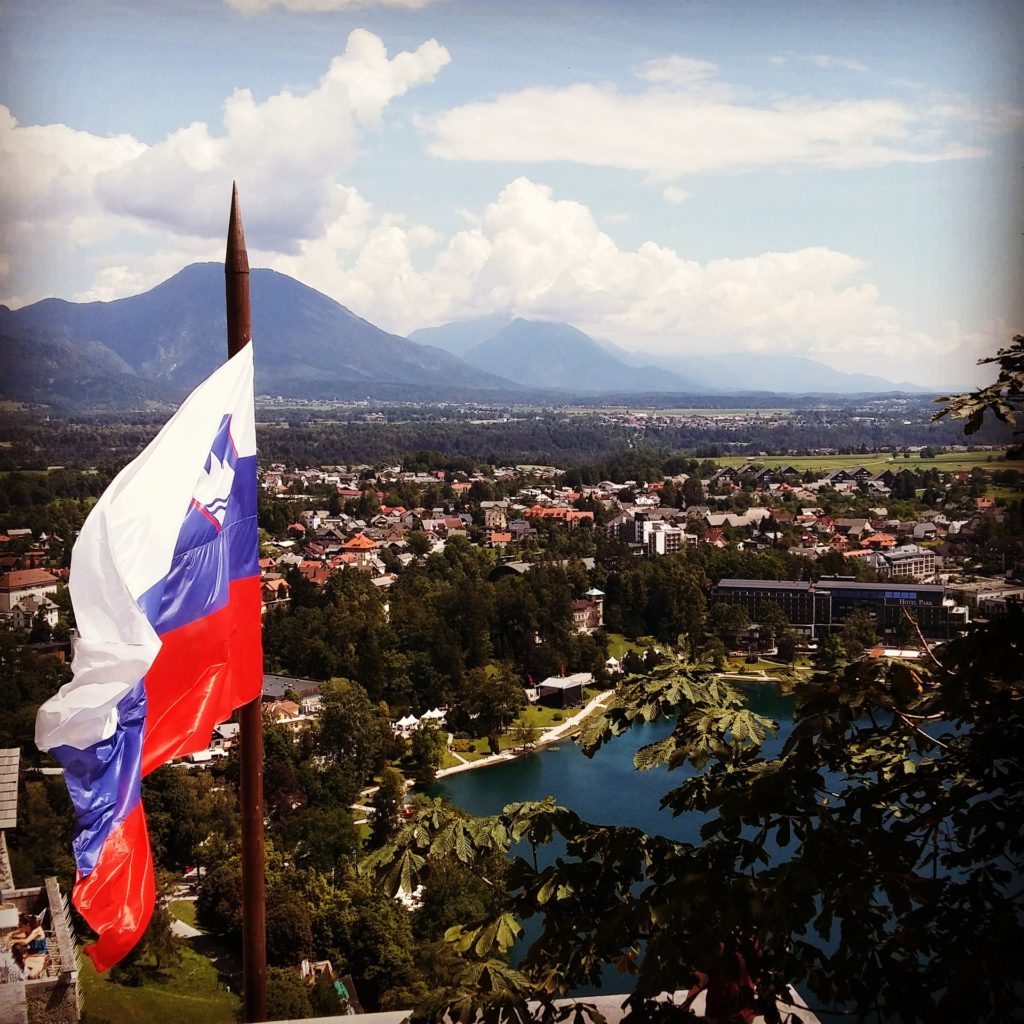