Next Generation EU is a Step Towards Fiscal Union

With Next Generation EU, the new 750 billion euro emergency recovery instrument proposed by the European Commission, the European common economic policies are shifting gear and moving decisively into the domain of fiscal union.

The first aspect foreshadowing fiscal union is common borrowing by the Commission through the European budget for the entire amount of the funds mobilized to meet the health crisis. To do so, the own resource ceiling of the EU budget will be (almost) doubled to 2 % of the area gross national income (GNI), and the margin thus created over budgetary appropriations for spending (just short of 1 % of GNI yearly) will be used to guaranty the new loans; the guaranty will be undertaken by the member states pro-quota (each one will guaranty a share equivalent to its share in EU GNI). Loan repayment will start “no earlier than 2027” and be completed “no later than 2058”; as a consequence the guaranty and the increase in the own resource ceiling will stand beyond the duration of the next multi-year financial framework (MFF), thus becoming a quasi-permanent feature of the EU budget.

The second aspect foreshadowing fiscal union is that repayment will fall upon the EU budget and – according to the Commission proposal, yet to be approved by the European Council – will also entail the establishment of new “own” sources of revenues, that is new taxes accruing directly to the EU budget. The Commission proposal mentions, among the possibilities being considered, a digital tax, a carbon tax, a border carbon adjustment levy, and a tax on large businesses. Each of these taxes is highly controversial among the member states due to their different economic structures and policy preferences; the agreement will entail a fresh jump in European integration of fiscal policies which so far has eluded the European Council. I find surprising that the Commission list does not include the simpler alternative of devoting to the EU a share of the VAT, which already is a common European tax, assisted by common rules and collection infrastructure.

An aspect that has been somewhat blurred in the public debate is that, since the loans will be repaid through the EU budget, and therefore ultimately by the member states, the eventual balance of net benefits must be assessed also taking into account net repayment obligations. Since the latter are roughly proportional to GNI shares, net benefits will depend on how far the allocation of funds will deviate from GNI shares, giving preference to the countries most hit by the health crisis. An implication of this proposition is that the distinction between loans and grants in the form of disbursement to the member states will matter less than apparently perceived in the public debate, since both loans and grants will be repaid according to the GNI key. Of course, disbursing a high share of the money in the form of grants has a high political value, that cannot be overlooked; however, the fact that no repayment is due for the duration of the next MFF and that the loans will have a very long duration represents a much more substantial economic benefit.

The last aspect foreshadowing fiscal union is that the money will be disbursed according to the procedures of the European budget – thus entailing a need for the member states to agree not only on what the money will be used for, but to accept strong European surveillance over their economic policies. Indeed, the Commission makes clear, in its proposal, that money will be disbursed conditional on the respect of country-specific recommendations approved by the Council within the European Semester procedure. The fact that the policy recommendations will come together with substantial funds that may not otherwise be available, may make the member states more willing to comply.

All in all, this is indeed strong stuff, a real jump in economic policy integration. It just remains to be seen how much will survive the negotiations within the European Council, which no doubt will be very tough. But the re-found agreement between France and Germany on the need to proceed together augurs well.

Stefano Micossi is Director General of Assonime, a business association and think tank in Rome, Chair of the LUISS School of European Political Economy, and a member of the CEPS Board of Directors

Photo credit: Address by Ursula von der Leyen, President of the European Commission, on the occasion of the “High-level event on financing for development in the era of Covid-19 and beyond” 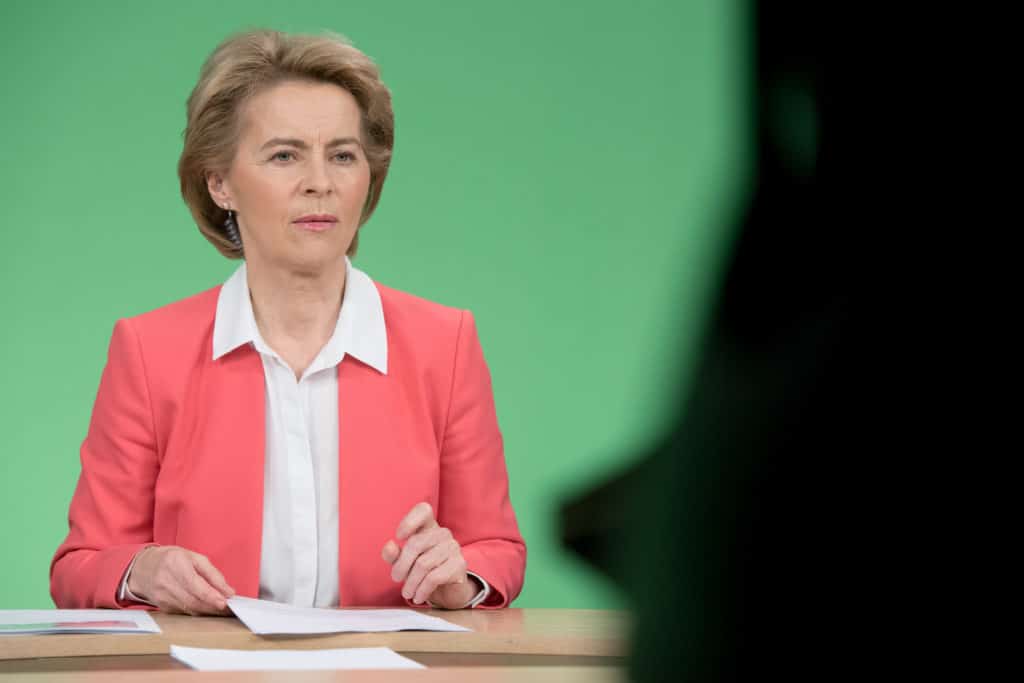