Europe at 70: New Challenges Ahead

On 9 May 2020 Europe will celebrate the 70th anniversary of the Schuman Declaration inspired by Jean Monnet. The date of this Declaration represents a landmark in European history, taking place only five years after the end of the Second World War, as it marked the day of the proposal by France and the acceptance by Federal Germany of a new type of relations between themselves. Franco-German reconciliation was in the offing. Two years later, it led to the birth of the European Coal and Steel Community (ECSC), the forerunner of today’s European Union. At the time, six countries were involved: Belgium, France, Italy, Luxembourg, the Netherlands and West Germany.

The philosophy behind the ECSC was to create a community of willing democratic nations in Europe who would accept a new type of relations between their states and their peoples. A supranational political construction would allow common rules and institutions to be established that would seek to promote the general interest of all. A contribution to economic well-being and to world peace was sought. This first step towards integration was also meant to lead at some point in the future to a European Federation. As previous efforts had shown, it was not possible to create that Federation in one step. The new logic proposed by Monnet and Schuman was to initiate a progressive process that would strengthen effective solidarities. Monnet had the idea of starting with the amalgamation of the coal and steel markets because, at the time, they were the key basic industries of the European countries and because they had previously been mobilised in national war efforts. From the beginning, the European project was meant to offer an alternative to nationalism and protectionism. In selected fields, it led to the common exercise of sovereignty.

The European Union and the European Communities that preceded it have witnessed a rich history. Membership has increased from 6 to 27, including countries that used to be on the other side of the Iron Curtain. An internal market, common policies, an economic and monetary union, and an area of free movement of people have been established. European institutions have been developed and democratised. Europe is seeking to speak more and more with one voice on the world stage.

At the same time, several crises have historically marked the integration process. For the last fifteen years, the Union has been in a constant state of severe difficulty. For example, the prospect of a hard Brexit appears to be more and more likely should the UK not adapt its current position. The coronavirus crisis is just the most recent one. It represents per se a complex health challenge but its ramifications for the economic, social, fiscal and political sides will be even more daunting. Economic growth will sink, perhaps to levels close to –10% in 2020; unemployment will soar; public deficits will reach new levels that could hardly have been anticipated before. Relations between Member States of the EU will be stress tested as never before given the fact that: a) this is a new and extra layer of difficulty in an already long-standing crisis (particularly given the North-South divide), and b) several EU countries have already had problems of economic competitiveness, sluggish growth, high unemployment, and poor public finance.

The initial reaction of the EU, except for the European Central Bank, was disappointing. Tensions rose between Member States. In April 2020, the Eurogroup and the European Council finally reached an agreement on a short-term package totalling EUR 540 billion. The creation of a support fund for the longer term is still under discussion and the terms of the debate are contentious. The key underlying questions are whether the EU should become a fiscal union and what level of financial solidarity should accrue from the current crisis. This has entered into common parlance under the expression ‘corona bonds’.

It is hardly new for the European process to witness a challenge to which the solution can be found in a deeper level of integration. Indeed, history has been full of examples of so-called ‘spillovers’. However, the situation seems to be more dangerous this time because of the level of underlying global tensions. European institutions, and the European Council in particular, will need to deliver ambitious results proving that growing integration can be matched by growing solidarity. The countries in the Northern part of Europe gain the most from the internal market and monetary union — it is their moral duty and in their best interest not to leave aside the Southern European countries.

Europe is not alone in the world and several global challenges can only be solved through cooperation. This is why the future of multilateralism is so important. Asia is rising and the West is put under stress. The stakes are arguably even higher for Europe than for the United States. Europe will need to accelerate its transition to sustainable and inclusive economic development and deepen its strategic autonomy.

Dr Gilles Grin is the Director of the Jean Monnet Foundation for Europe in Lausanne (www.jean-monnet.ch) and a lecturer at the University of Lausanne. The author expresses himself in his personal capacity and his text does not commit his institutions of affiliation 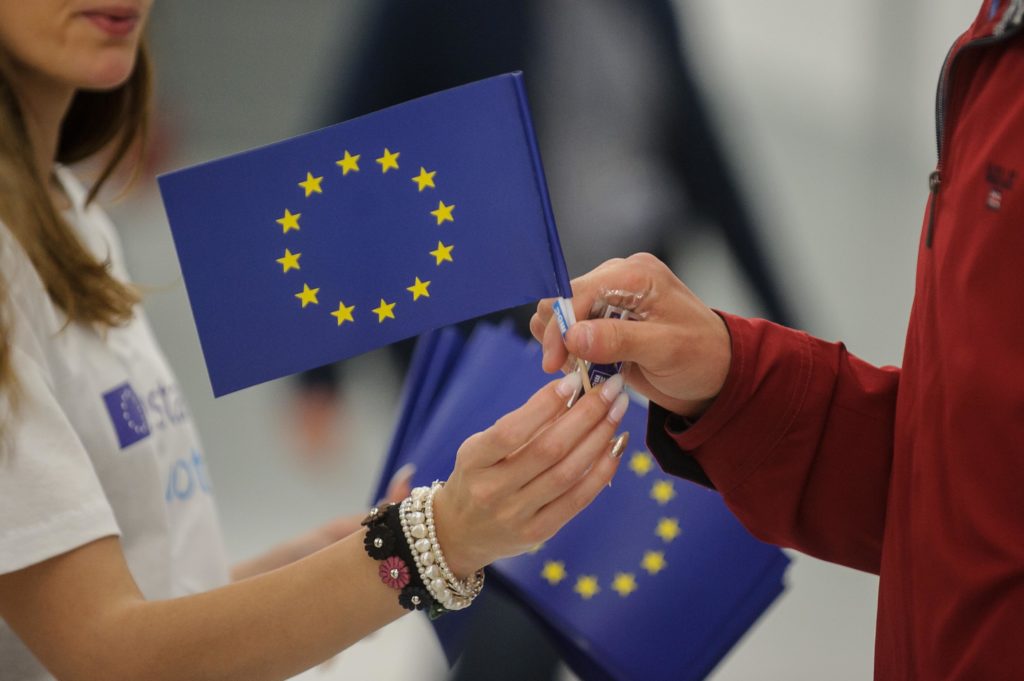