The Commission Roadmap on Covid-19: is the EU Finding the Route or Continuing to Lose the Way?

The European Union has been widely criticised for its response to the outbreak of pandemic coronavirus (COVID-19) in early 2020. Still distracted by Brexit and, more recently by the Turkish migrant crisis, EU leaders were caught off guard by the rapid spread of the virus, initially into Italy. Member states took actions into their own hands, imposing border controls, banning exports of protective equipment and, later, banning mass gatherings, closing schools, and instituting lockdowns, while the EU appeared to be a largely impotent bystander.

Perhaps the EU’s muted initial response was unsurprising, given that previous public health threats of a similar type, such as SARS, MERS and Ebola, had had little impact within the Union. However, more than a decade previously, concerns had been raised about lack of preparedness for a pandemic outbreak in Europe.[1] Notwithstanding the EU’s subsequent establishment of a firm legal basis for a response to pandemics, it now seems that the lessons presented previously had not fully been learned.

The EU is, of course, constrained by limitations to its competence in respect of matters of health. Article 9 TFEU ‘mainstreams’ a high level of protection of human health in the definition and implementation of Union policies, but Article 6(a) TFEU lists ‘protection and improvement of human health’ as an area in which the Union has merely the power to ‘support, coordinate or supplement the actions of the Member States’. Article 168 TFEU confirms that Union competence on matters of public health is of a ‘complementary’ character, while paragraph 7 of the same article provides clear limitations to EU competence in relation to the responsibilities of Member States for the definition of health policy, the management, organisation and delivery of health services and medical care, and the allocation of resources. However, paragraph 5 of the same Article confers shared competence ‘to combat the major cross-border health scourges’, and this formed the legal basis for the EU’s action in relation to pandemics noted above. Importantly, this instrument states that the objective of responding to serious cross-border threats to health ‘cannot be sufficiently achieved by the Member States alone due to the cross-border dimension of serious threats to health and can, therefore, be better achieved at Union level’, in accordance with the principle of subsidiarity. It therefore seems clear, even from a brief analysis of relevant Treaty provisions and associated legislative acts, that there is a ‘web of competences’ which would permit more purposeful EU action in relation to COVID-19 than  has been taken to date.

Against this backdrop, it is instructive to analyse the Commission’s ‘roadmap’ towards lifting COVID-19 containment measures, issued as a Communication on 15 April 2020. In this document, the Commission makes recommendations to Member States ‘with the goal of preserving public health while gradually lifting containment measures to restart community life and the economy’, in an effort to ‘inform Member States’ actions and provide a frame for ensuring EU-level and cross-border coordination, while recognising the specificity of each Member State’ (p. 3). The Communication sets out criteria for determining when confinement measures should be relaxed; the principles that should guide EU and Member State action in regard to such relaxation; and the various measures which should accompany such relaxation, with which the EU will provide support. It then sets out a list of eight recommendations to Member States on how to lift containment measures. These are: that action should be gradual; that general measures should progressively be replaced by targeted ones; that relaxation should start locally and gradually extend more broadly; that a phased approach for the opening of internal and external borders is needed; that the restart of economic activity should be phased in; that gatherings of people should be progressively permitted; that efforts to prevent the spread of the virus should be sustained; and that actions should be continuously monitored and preparedness developed for returning to stricter containment measures if necessary.

It would be difficult to find much with which to quibble in this approach, which might be characterised as a mixture of caution and continued vigilance. What is perhaps more interesting is to consider how the EU has positioned itself in this Commission Communication, both as a matter of politics and of law.

With regard to the former, the publication of the ‘roadmap’ at a stage of the pandemic when Member States were still in lockdown (albeit that some Member States were by now moving towards an easing of restrictions) can clearly best be understood in light of the EU’s hesitant initial response to the pandemic outbreak. It seeks to position the Union as the driving force for coordination of efforts to regain normalcy across the continent, rather than a reactive follower of a series of unsystematic Member State actions. This was, however, a risky strategy: the Commission was criticised for sending out the wrong signal to EU citizens by moving too swiftly, and the publication of the document was subsequently delayed by a week.

From a legal (or perhaps, more accurately, politico-legal) perspective, two general observations might be made. First, considerable emphasis in the Communication is placed on the principle of solidarity, which ensures that both benefits and burdens are shared equally and justly between Member States. This can be seen both an underlying political principle of the Union and its predecessor organisations, but also as a legal concept, articulated in Article 2 TEU. It is given more specific realisation through the ‘solidarity clause’ in Article 222 TFEU, and through instruments such as the Civil Protection Mechanism, to which Italy had unsuccessfully applied for provision of medical equipment in March 2020. The EU has now moved to extend the scope of the EU Solidarity Fund, set up in 2002, to provide support for assistance to, and protection of, populations in light of public health emergencies, and Italy was the first Member State to apply to this Fund. The invocation of solidarity is clearly designed to reassert the value of a Europe-wide approach to emergencies such as the current pandemic, giving the EU a distinct role in leadership; furthermore, through its practical actions to support Member States, the Commission seeks to ensure that this value amounts to more than the empty political rhetoric which it is sometimes perceived to be.

Secondly, the Communication stresses the economic incentive for the easing of restrictive measures.  It notes that these ‘have created huge shocks to the economy and seriously impacted the functioning of the single market, in that whole sectors are closed down, connectivity is significantly limited and international supply chains and people’s freedom of movement have been severely disrupted’, and argues that ‘it is indispensable to plan for the phase when Member States can restart economic and social activities while minimising any impact on people’s health and does not [sic] overburden health care systems’ (pp.2-3). This speaks to a long-standing relationship between public health and economic activity: for example, state intervention during the heyday of public health legislation in England, the Victorian period, can be understood as a means to ensure that there was an adequate stock of healthy workers. In this particular instance, it is the (gradual) removal of measures to protect public health which is envisaged to benefit the economy: while the two are not exactly in opposition with each other, they are certainly in tension. As Hervey and McHale have noted,[2] such friction is frequently apparent in EU legal interventions which have a bearing on public health. However, the economic/single market rationale provides a much more solid basis of EU competence than that relating to public health, and this affords a further explanation for the Commission’s willingness to take steps to lead and coordinate efforts to lift restrictions, by comparison with its relatively ineffectual actions to protect public health when the pandemic first hit the continent.

The coronavirus pandemic presents a serious, existential threat to the European Union. In a scramble to protect their citizens, Member States retreated behind their borders, severely imperilling each of the four freedoms on which the single market is founded. The inevitable forthcoming period of recession will put further strains on a European project already endangered by the centrifugal movements of Brexit and other forms of nationalist politics. The ‘Roadmap’ represents an attempt to reclaim a leading role for the Union as Europe gradually moves towards its post-pandemic future. Only with the benefit of time will it be possible to judge whether it will provide a path to a revitalised EU, or amounts to a dead end.

Keith Syrett is a Professor at the Centre for Health, Law, and Society, School of Law, University of Bristol ([email protected]) 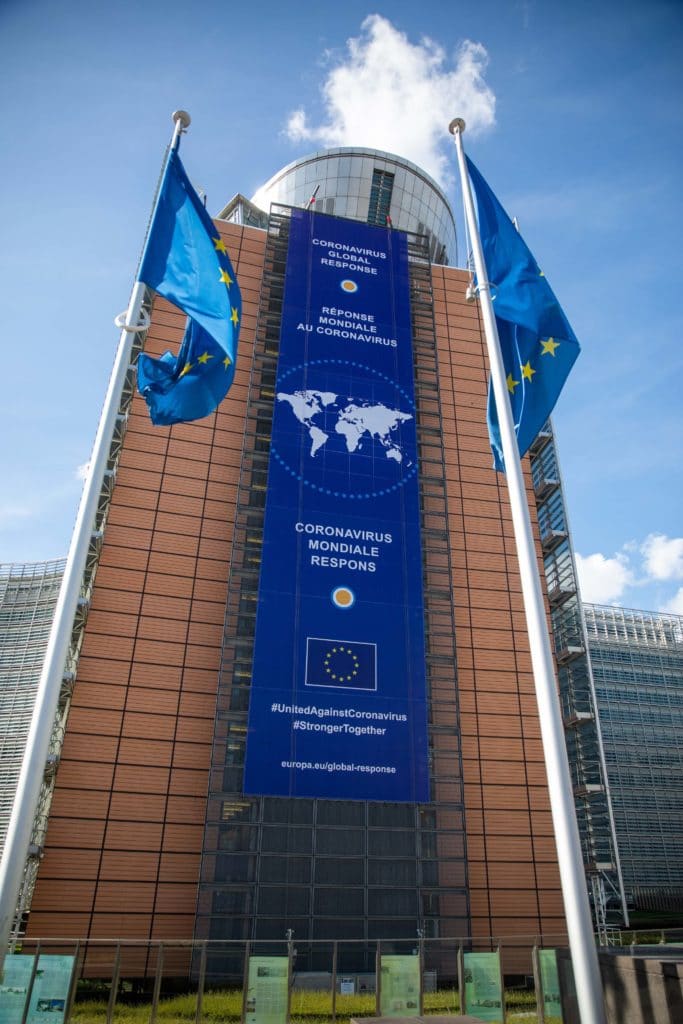