The financial crisis hit Hungary in the last quarter of 2008 after a long period of external adjustment triggered by the fast growth of external debt and the need to curtail the explosion of the fiscal deficit. In order to avert the collapse of the economy, the government turned simultaneously to the IMF and the EU to receive a stand-by loan which served as ground-zero for IMF–EU cooperation. Dóra Piroska notes that each delegation of the troika institutions was driven by its own perspective during the negotiations and the lack of policy coordination between the IMF and the Commission on the one hand and the European Central Bank on the other exacerbated the difficulties of crisis management for Hungarian policymakers. Ultimately, Hungary received EUR 20 bn in financial assistance. László Csaba remarks that the “economic policies from the minute of agreeing to the bailout were subordinated to meeting quantitative targets of debt servicing, irrespective of any other broader considerations.”

Shortly after the entry into office of the Orbán cabinet in 2010, serious conflicts arose between the Hungarian government, on the one hand, and the European Commission and the IMF, on the other. The incoming government’s original economic plans were not approved of. That is probably the reason why the Orbán cabinet resorted to – as Csaba puts it – “a series of poorly prepared, improvised measures in order to meet the stringent deficit criterion of 3.8%” such as raising the VAT, cutting expenditure items, imposing sectoral taxes, nationalizing the private pillar of the pension system and so on. Even though these measures generated sizable revenues in the short run, broader restructuring was not implemented. The government was forced to request an IMF/EU rescue package in November 2011. Only the introduction of the Széll Kálmán 2.0 Plan in 2012 convinced the Commission that the economic measures were sufficiently sustainable.

Ever since the massive influx of migrants and asylum-seekers in 2015, the Hungarian government has adopted an aggressive anti-migration stance. In July 2015, the conservative ruling majority amended the Hungarian asylum law which marked the start of the dismantling of a previously functioning asylum regime. The government also began to construct a physical fence along the southern border of Hungary. The government policies and practice led to the protest of several international human rights organizations like the UN High Commissioner for Human Rights, the Council of Europe Commissioner for Human Rights and the OSCE. (For a comprehensive analysis including the relevant jurisprudence of the ECtHR as well, see the report of the Hungarian Helsinki Committee.)

Legislative measures were adopted to effectively hinder access to the asylum procedure, as well as the territory of Hungary itself. The government established two transit zones along the Serbian-Hungarian border, designated exclusively for submitting an asylum application. The transit zones have a limited capacity and due to the practice of Hungarian authorities, only a few people per day were admitted. Asylum seekers crossing the border elsewhere were violently pushed back to Serbia. In July 2018, the European Commission decided to refer Hungary to the CJEU for non-compliance of its asylum legislation with EU law. The European Parliament’s resolution launching an Article 7(1) procedure against Hungary also contains a long list of migration related issues.

In 2018, Hungary adopted a law that introduced the “safe transit country” concept providing the ground for mass rejections of asylum claims without substantial examination. Earlier this year, the CJEU ruled that the act is in breach of EU law. In addition, a recently issued AG opinion indicates that the transit zones indeed amount to a form of detention, which would erode the established legal regime of Hungary aimed at keeping migrants out.

Several legislative measures put in place by the Orbán government ever since its entry into office in 2010 have been in the crossfire of domestic and international criticism. This entry focuses mainly on the two main legal mechanisms which are supposed to tackle rule of law violations in the European Union: infringement procedures and the Article 7(1) procedure. Firstly, the European Commission has launched infringement proceedings against Hungary in several rule of law related cases, with ambiguous results. In a 2012 judgment, the Court of Justice of the EU (CJEU) concluded that the radical lowering of the retirement age for Hungarian judges constituted unjustified discrimination on grounds of age. Unfortunately, the judicial reform had already been implemented before the delivery of the decision. In 2014, the CJEU declared that by prematurely bringing to an end the term served by its Data Protection Supervisor, Hungary infringed EU law. However, the Hungarian government has never shown any willingness to comply with the second judgment. It needs to be emphasized that the above-mentioned issues were not formulated by the EU institutions as rule of law violations which significantly mitigated the impact of these cases.

A set of administrative and criminal law measures related to irregular migration (also known as the “Stop Soros Law”) was challenged by the Commission before the CJEU in November 2019. In January 2020, AG Campos Sánchez-Bordona concluded that the restrictions imposed by Hungary on the financing of NGOs from abroad are not compatible with EU law. According to AG Kokott’s opinion published in March 2020, the amendment to the higher education act adopted in 2017 making the continuous operation of some foreign universities (also called “Lex Central European University”) in Hungary goes against EU law and WTO law.

Besides the infringement procedures, it needs to be noted that in July 2019 a Hungarian judge – similarly to his Polish colleagues – referred some preliminary questions to the CJEU concerning the independence of the judiciary.

Secondly, in September 2018 the European Parliament (EP) called on the Council to determine, the existence of a clear risk of a serious breach by Hungary of the values enshrined in Article 2 TEU. The annex to the EP resolution contained a very long list of concerns related to institutional issues and fundamental rights. In January 2020, the EP passed another resolution noting with concern that the situation in both Poland and Hungary had deteriorated since the triggering of Article 7(1) of the TEU and emphasized the importance of a structured and more meaningful process in which each EU institution would exercise its existing powers in a meaningful and cooperative manner.

Since the UK was a net contributor, Brexit definitely had an impact on the strategies of the net beneficiaries – such as Hungary – in the ongoing negotiations about the Multiannual Financial Framework (MFF). The Hungarian government also lost an ally regarding its vision of the EU, because the UK government shared the Hungarian efforts to strengthen the sovereignty of the Member States.

The economic implications of Brexit are relatively small given the fact that direct trade between Hungary and the UK is less significant (compared with Hungary’s trade with other EU countries). However, Hungary has grossly benefitted from the UK labour market in the sense that the UK is the second most popular destination for Hungarian expats. According to the Office of National Statistics, some 90,000 Hungarians reside in the UK. The number of students attending British universities has increased significantly in recent years as well. To protect the rights and interest of Hungarian citizens living and working in the UK, the Hungarian government recently opened a general consulate in Manchester and a consulate in Edinburgh.

In October 2018, the governing majority voted against the legislative proposal on joining the European Public Prosecutor’s Office (EPPO). Even though the opposition collected hundreds of thousands of signatures to push for Hungarian membership, PM Orbán argues that the constitution treats the institution of the Public Prosecutor’s Office as an issue covered by national sovereignty. Accession to the EPPO would be very important given the fact that Hungary ranks among the most corrupt countries in the EU.

In his article published shortly after the economic crisis in 2012, László Csaba pointed out the paradoxical character of the Hungarian situation: “On the one hand, Hungary is close to meeting EMU criteria [and] it would greatly benefit from joining the EMU. […] On the other hand – not least owing to the procrastination and ups and downs in crisis management in 2008-2012 – the willingness as well as the credibility seems to be missing.” In a somewhat similar vein, a few years later László Andor arrived at the conclusion that “the endeavour to join the euro was washed away by the global economic crisis and the general political instability of the EU, despite the relative popularity of the euro in Hungary.”

The intensity of the cooperation between the members of the Visegrád Group (V4 countries) has been varying ever since its creation. Koß and Séville observe that after the massive influx of migrants in 2015, the V4 countries revived their alliance and shifted the focus of their attention to immigration policy. As a result, they successfully vetoed the implementation of a relocation scheme for migrants within the EU. It needs to be noted, however, that in its recent judgment the CJEU concluded that by refusing to comply with the temporary mechanism for the relocation of applicants for international protection, Poland, Hungary and the Czech Republic had failed to fulfil their obligations under EU law.

In terms of economic performance, we can see that even though EU transfers provide an important injection into the economies of the V4 countries, the gap between them and the most developed EU member states has not been narrowed. In the ongoing negotiations about the Multiannual Financial Framework (MFF), the V4 countries definitely agree on one thing: they all reject the European Commission’s proposal according to which the V4 countries would get less funding for cohesion policy than in the 2014-20 period. In other questions, however, there are great differences between them, so a more coordinated approach is not expected.

The opposition parties achieved significant success at the 2019 local elections. One of the very first measures taken by the new chief mayor of Budapest, Gergely Karácsony, was to initiate a bottom-up cooperation between V4 capitals in order to project a feasible alternative to nationalist-conservatism. 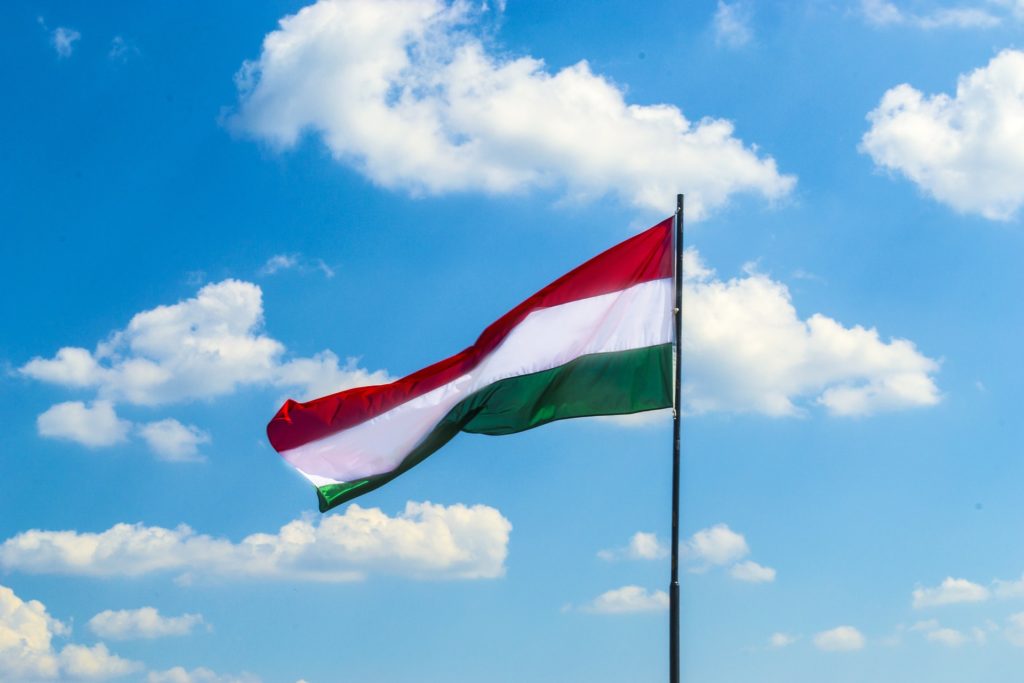