Coronabonds and the Future of the European Central Bank

On April 6, the Eurogroup will meet to discuss how those countries that have adopted the euro as a common currency can best respond to the economic challenges arising from the coronavirus pandemic.  The options they have include the creation of a common borrowing instrument that every member state can use to raise resources, called a ‘coronabond’.  They could spell out the conditions under which those countries that have most difficulty accessing financial markets can rely on the European Stability Mechanism for assistance.  Or they could agree to do nothing formal beyond issuing a vague declaration about the effectiveness of the European Central Bank’s recent policy pronouncements and the determination of the member states to use all resources – including European institutions – to address the crisis.  The governments of Italy and Spain are wedded to the first idea of issuing new coronabonds instead of drawing on the European Stability Mechanism.  The governments of Germany and the Netherlands reject the idea of coronabonds but remain open to granting access to the European Stability Mechanism provided appropriate conditions are met.  Meanwhile, most seasoned observers of European politics are getting ready for another empty declaration.  If that happens, it could spell bad news for the European Central Bank.

The question is whether muddling through is really such a bad alternative.  The ECB has launched an ambitious program.  In addition to purchasing €20 billion in assets each month, the Governing Council has agreed to spend another €870 billion as needed over the course of the year — €120 billion announced on March 12, and another €750 billion in the form of a new  Pandemic Emergency Purchase Programme (PEPP) on March 18.  The ECB has also agreed to subsidize bank lending by repricing its existing long-term refinancing operations and adding a new crisis-related facility that will pay banks up to three-quarters of one percent (or 75 basis points) of the principal that they lend out to help keep non-financial industries afloat.  These two sets of instruments should ensure that governments and large firms have access to financial markets while small and medium sized enterprises continue to rely on bank credit.  They should also help to shore up bank balance sheets and revenue flows for so long as the crisis lasts.  This is far more than the ECB ever did at the start of the last financial crisis.  Muddling through may not have been the best strategy in the last crisis, but it managed to avoid disaster.  Muddling through this time around should work even better – or so it is possible to imagine.

The problem is that focusing on what the ECB has to offer does not answer the question.  It is worth focusing more attention on what is happening to the ECB instead.  Specifically, we should be worried about both the expansion and the structure of the ECB’s asset portfolio.  At the moment, that portfolio is already large, and the Governing Council is committed to reinvesting the principal of assets as they mature for the indefinite future. That commitment came in part because the ECB was unable to reset inflation expectations in the marketplace but also because it could not suddenly withdraw from asset markets as governments were looking to roll over their debts.  The ECB’s dilemma will only increase as its asset portfolio expands in response to the crisis.  Moreover, the composition of the portfolio is likely to depart sharply from the Governing Council’s own guidelines for proportionality.  At the end of this crisis, the ECB will wind up holding too much Italian and Spanish debt but not enough of other countries.  That means it will need to adjust its holdings as the situation returns to normal even though the governments of the most adversely effective countries are likely to need to access large amounts of credit.

The politics within the ECB will grow more tense once the crisis is past and the focus shifts back to normalization.  That is what we saw the last time around as well.  However, the fact that the ECB is intentionally moving beyond its own guidelines in response to the crisis means that the next period of normalization will be even more conflictive.  There will be voices on the Governing Council calling for a faster reallocation and reduction of the ECB’s balance sheets, and others focusing more clearly on the potential of such actions to disrupt sovereign debt markets and to tighten monetary conditions more quickly than is warranted given the strength of underlying economic performance (or market expectations of future inflation).  The deep divisions we saw in the Governing Council over the past two years are prologue to what we should expect to see again in the months and years that will follow the current crisis.  Worse, popular perceptions of the European Central Bank will have hardened in the meantime.  Although the ECB may be doing the heavy lifting in this crisis, that is unlikely to resonate in the popular imagination of those whose attention is drawn to the muddling through of national leaders instead.  That is another thing we learned from the last crisis: in central banking, no good deed goes unpunished.

Perhaps this explains why the Dutch central banker, Klaas Knot, has come out against his own government’s position.  Knot is well known in the central banking community as one of the hawks on the ECB’s Governing Council.  He was very vocal in his criticism of the monetary policy decisions ECB President Mario Draghi pushed through last September and he was supportive of Draghi’s successor, Christine Lagarde, when she tried to argue that the ECB is not responsible for closing the spread between Italian and German government bonds.  Nevertheless, Knot has been open in suggesting that the Eurogroup should be open to the possibilities for action – including coronabonds as well as the European Stability Mechanism.  Knot has also been insistent that the Eurogroup has to offer some fiscal response to support the ECB’s policy measures because the ECB cannot be left to address this crisis alone.

If the Eurogroup were to opt either for coronabonds or for the European Stability Mechanism, the pressure on the ECB would diminish.  It is easier for the ECB to manage its balance sheet with bonds that have a joint guarantee, whether these are purpose built to respond to the crisis or issued by the ESM.  The ECB will still face adjustment problems at some point in the future, but the political tensions around that adjustment will be less acute than they would be if the Governing Council were trying to rebalance the ECB’s exposure across countries or its specific exposure to specific national governments.  Knot makes this point in his interview as well when he talks about how important the Governing Council’s self-imposed limits are to keep the ECB’s policies within its mandate.  The implication is that leaving the ECB alone in this crisis threatens not only to provide an inadequate response but also to weaken the European Central Bank as an institution.  Muddling through is not a good long-term strategy for the future of the euro as a common currency.  The Eurogroup needs to make a clear political choice now and not leave the politics for central bankers to work out at some point in the future.

Erik Jones is Professor of European Studies and International Political Economy at the Paul H. Nitze School of Advanced International Studies of the Johns Hopkins University. 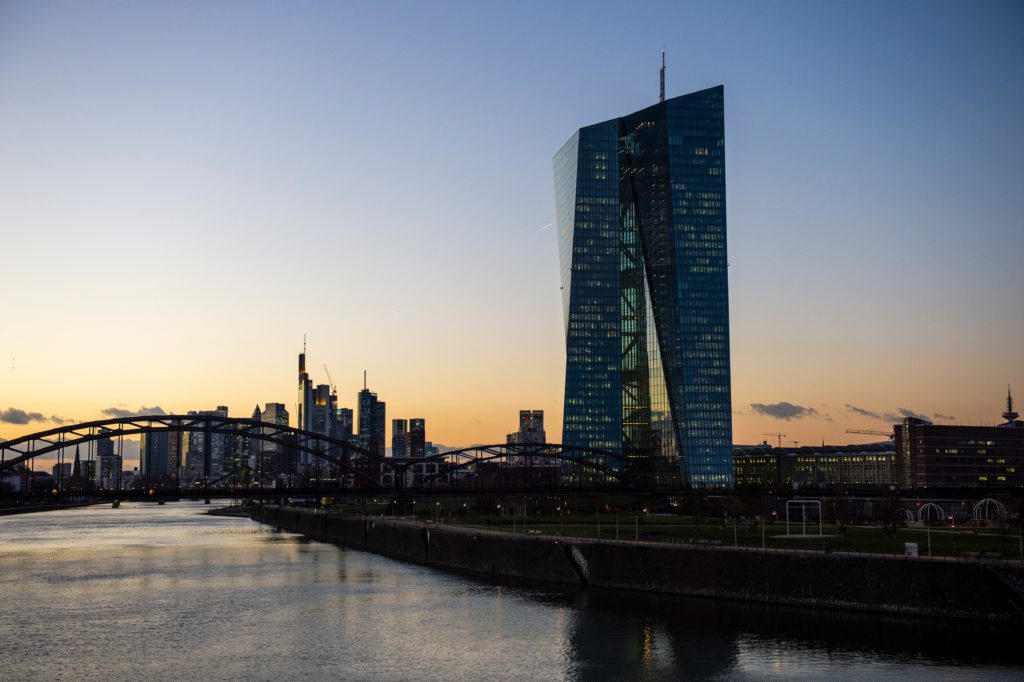