The Euro-Crisis and the Swiss Franc/ Euro Exchange Rate

The EURO crisis measured on the CHF/EUR exchange rate and new ways to quantify ex-ante the costs of potential political decisions.

In the years 2010/2011, the CHF/EUR exchange rate (i.e. the number of Swiss francs needed to buy one euro) was declining at high volatility. This was viewed by the Swiss National Bank (SNB) as highly detrimental to the export-oriented Swiss economy. On September 6, 2011, the SNB announced that it would act with the utmost determination in order to keep the CHF/EUR exchange rate above 1.20. Figure 1 shows that this announcement (indicated by the first vertical dashed line) had an immediate effect on the market exchange rate. The SNB defended this guarantee level until January 2015. The observed exchange rate came very close to 1.20 during the height of the European debt crisis in summer 2012 and again at the end of 2014, when Reuters reported that the European Central Bank (ECB) was considering large-scale open market transactions. One week before the official announcement of this new and massive Quantitative Easing program of the ECB (but well after corresponding rumors had spread in the market), the SNB abandoned the guarantee at 10:30 CET on January 15, 2015 (second vertical dashed line). 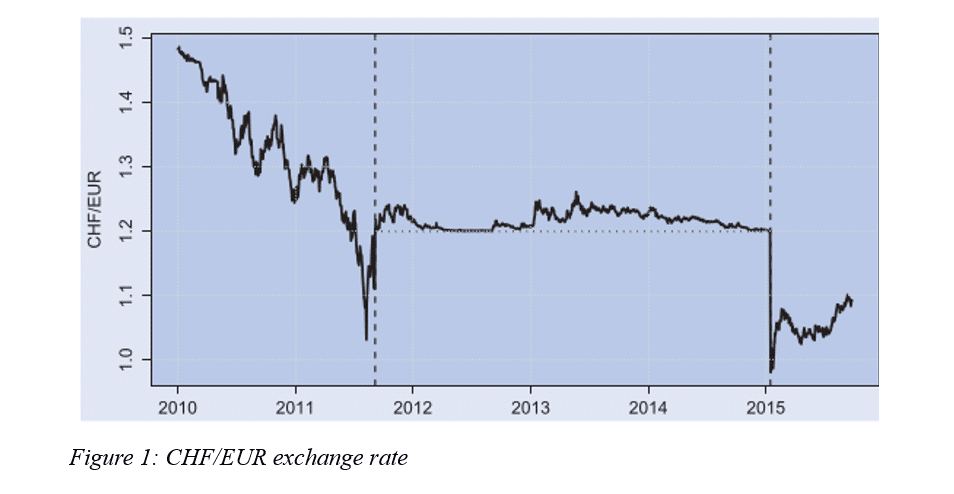 We calculate/recover the “true” (hidden) CHF/EUR FX rate, which would have prevailed without the guarantee, see Figure 2. This hidden exchange rate can be considered as an indicator to quantify the severity of the EURO-crisis (assuming that the strengthening of the CHF was a market bet against the EURO). 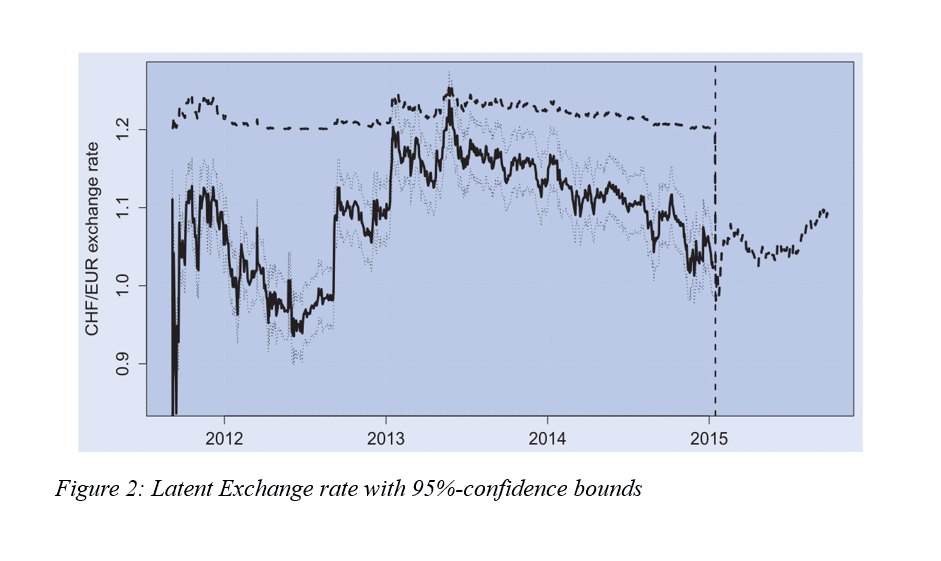 Furthermore, we summarize the literature on quantifying ex-ante the economic consequences of potential/announced political decisions using forward-looking traded financial derivatives as options and credit default swaps. We will focus on four major events: (a) Brexit referendum in order to “unleash” Great Britain from the European union, (b) US election 2016 with the candidate Donald Trump, who announced that, if elected, he would impose tariffs of 35% on many goods imported from Mexico to protect U.S. industry and have a wall built along the U.S.–Mexico border, (c) the run-up to the last French presidential elections, with Le Pen as potential President and d) the bargaining of the the Northern League with the Five Stars in Italy (and the not officially announced threat to leave the EURO) in the bargaining rounds before forming a government. I will show that politics might effectively create huge costs for society, which, however, can be anticipated ex-ante.  For the first two cases (a) Brexit and (b) Trump implied volatilities of traded options are used to estimate the effect on the exchange rates GBP/USD and MXN/USD, for (c) France election and (d) Italian politics information on additional costs in terms of higher credit spreads of government bonds can be recovered from traded credit default swaps. 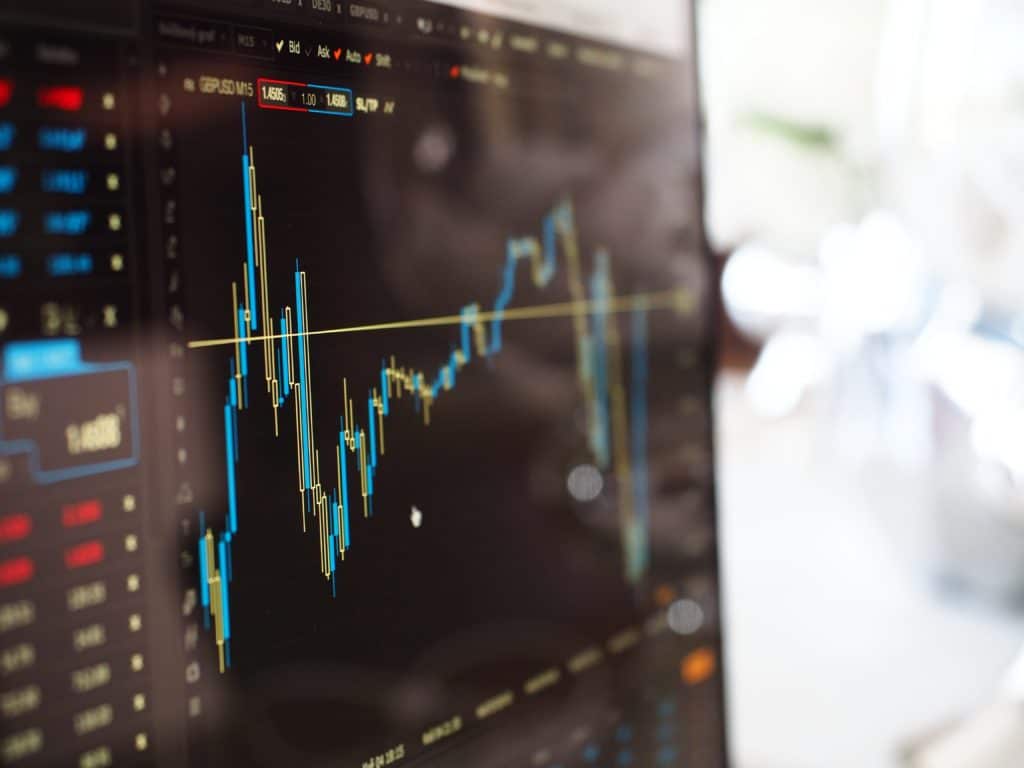