An outset for the comparative analysis is the traditional East/West divide among the Nordic countries. Traditionally, a distinction is made between the constitutional systems of the East (Sweden and Finland) and of the West (Denmark, Norway and Iceland). This division has roots in the times when Finland was part of the Swedish Kingdom while Norway and Iceland were part of the Danish Kingdom. We wanted to explore how far this distinction actually holds true and how it is affected by another division of a more contemporary nature namely the division between Nordic EU Member States (Denmark, Sweden and Finland) and Nordic EEA Member States (Norway and Iceland). The latter division transgresses the traditional East/West division.

Among the common features of the Nordic constitutional systems, which the functional analysis leads to, we find a democratic form of government (parliamentary democracies with a long history), single-chambered parliaments, four years election periods, voting age of 18 (non-citizens cannot vote in national elections), proportional representation, a strong tradition for parliamentary control of the executive through among others parliamentary committees and an ombudsman, the decision to prosecute ministers on unlawful conduct in office lies with the Parliament, motions of no confidence against a government can be passed by the Parliament, Bills can be proposed by the government and by individual members of Parliament (and committees in some cases), independent courts (personal and functional protection), no tradition of constitutional courts, a quite strong judicial control of the executive, and dualistic legal systems (The Nordic Constitutions, p. 207-208).

As regards the diversity between Denmark, Norway and Iceland (the West) on the one hand and Sweden and Finland (the East) on the other hand, we find the traditional East/West division in the following fields: The design of the judicial system for supreme instances, court review (concrete ex post) of constitutionality of legislation, prior review (ex ante) of constitutionality of legislation, regulation of parliamentary control of the executive, the legislative procedure and as regards the existence of a Chancellor of Justice (The Nordic Constitutions, p. 208-209).

Finally, how does the EU/EEA cooperation and international human rights conventions impact the Nordic countries seen from a comparative perspective? This is a very difficult question, which leads to a complex picture in the book. While many interesting observations are made in the book, we shall only focus on a few reflections here. Interestingly, the traditional East/West divide still exists in the EU/EEA context even though the two divisions differ. This might seem a little surprising. A number of explanations might be offered (The Nordic Constitutions, p. 213). First, it might be that national, legal, historical and cultural traditions of the Member States of the EU/EEA still play and important role. Second, it might be that the formal distinction between EU membership and EEA membership is in reality not as significant as one might think. EEA Member States are in reality quite strongly affected by the EU. Third, the East/West divide has never been a rigid divide. Forth, while the EU/EEA divide might be expected to divide the Nordic countries, the European Convention of Human Rights, which is implemented into the Nordic legal systems (and other international human rights conventions) might be said to bring the Nordic constitutional systems closer to each other. It is quite interesting that while Iceland, Finland, Norway and Sweden have recently modernized their human rights constitutional provisions inspired by the European Convention of Human Rights and other international human rights conventions, Denmark has not revised its Constitution since 1953. This means that human rights protection in Denmark rely heavily on the European Convention of Human Rights in case law at the courts. However, this way – even though the five Nordic Constitutions might not be similar in this field – the content of the Convention in reality plays an important role in all the Nordic countries.

Returning to the question of whether the Nordic legal systems can be seen as a distinct legal family. While there are good arguments for this as regards Nordic Private Law, it seems that there is less support for this hypothesis when it comes to Nordic Constitutional Law. That being said the Nordic Constitutional Systems do (at least traditionally) share some features such as the fact that all-embracing legal principles play a more limited role in Nordic law than in for instance French and German law (Bernitz, What is Scandinavian Law? Concept, charateristics, Future, 50 Scandinavian Studies in law, 2007, p. 14 and 28) and the importance attached to travaux préparatoires (see ibid, n. 8, p. 20). One might add, that Nordic Constitutions have no eternity clauses and no preambles and that the Nordic Constitutions traditionally did not have general principles in their first provisions. However, the latter is actually changing seemingly under the influence of international and European treaties and case law from especially the EU and the European Convention of Human Rights. Hence, the Finnish, Norwegian and Swedish Constitutions now have such provisions. In general, it seems that the Nordic legal culture is slowly changing under the influence of European and international legal systems at least in some Nordic countries (least in Denmark). While the Nordic legal systems have traditionally been rather formalistic positivistic legal systems, general principles and rights are now more present in case law and the courts have become more dynamic in their interpretations (The Nordic Constitutions, p. 218). This way, the Nordic legal culture might be moving further away from being a distinct legal family. 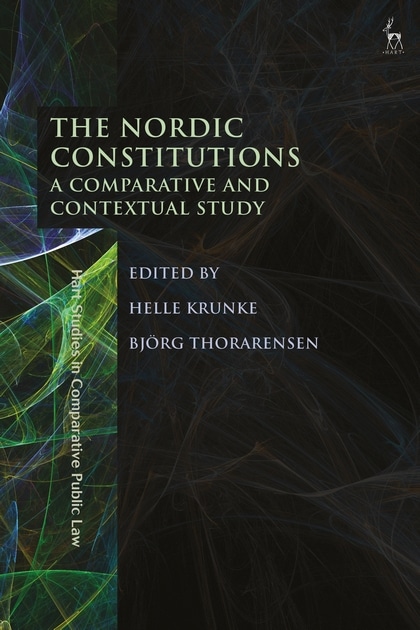