The 2008 financial crisis and the Great Recession that followed coincided with the adoption of the Euro in Slovakia on 1 January 2009. The consensus is that the anticipated entry into the Eurozone and focus on compliance with the convergence criteria contributed to better-managed finances, a low debt-to-GDP ratio, and conservative spending in the years preceding the financial crisis[1]. As a result, Slovakia was ready when the crisis hit and managed the immediate crisis response relatively well. The Slovak public finances had already recovered by late 2010[2]. Slovakia was the second former Communist state that joined the EMU, after Slovenia[3]. Unlike its neighbouring countries, Slovakia benefited from joining the Eurozone because it could later borrow for a low interest due to the investor trust in the bloc.

The point of conservative spending before the 2008 financial crisis played a role in the ensuing Euro-crisis. One junior coalition member specifically framed their opposition to the Greek bailout in terms of Slovakia carrying “the burden of the assistance package” to Greece, which was not fiscally responsible[4]. As a result, Slovakia withheld its contribution to the first Greek assistance package, challenging the core EU norm of solidarity[5].

The Euro-crisis acted as an incentive for the adoption of the Constitutional Act 493/2011 on Budgetary Responsibility by the amending actors. The constitutional act incorporated the main elements of the Stability and Growth Pact. It has been drafted with the view of compliance with the EU Fiscal Compact, finalised at the time. The codification of the CA on Budgetary Responsibility, therefore, fulfils the requirement of Art. 3/2 of the Fiscal Compact[6].

Slovakia did not experience the Rule of Law Crisis and democratic backsliding to the same degree as some of its neighbours. Nevertheless, there have been instances when democracy in Slovakia was exposed to political pressure that could “catalyze back-sliding,”[7] but the checking institutions somehow withstood the pressure. In October 2018, for example, the government sought to get rid of essential checks and balances in the process for the selection and appointment of Constitutional Court judges[8]. The proposed constitutional amendment failed due to a drafting mistake. Had it not failed, the governing coalition might have succeeded to appoint problematic candidates to the Constitutional Court, including three-time PM Robert Fico, in the year 2020[9].

Additionally, there has been evidence of high-level corruption in the judicial system, police, and the prosecutor’s office. Cases against the former special prosecutor, general prosecutor, the police director, and numerous judges are still pending[10]. Some of the defendants have already pleaded guilty.

The subject of Brexit did not have great purchase on the politics in Slovakia. Brexit had affected marginal legal questions, such as the allocation of seats to Slovakia in the EU Parliament[11]. A far-right party, People’s Party Our Slovakia, had for a short time tried collecting signatures for a referendum on the Slovak EU membership but eventually gave up on the initiative[12]. Slovakia received 33 million EUR from the Brexit Adjustment Reserve to counter the adverse economic and social consequences of Brexit[13].

Slovakia opposed the EU migration quota and adopted a hard-line position on migration in general. The government litigated, together with the rest of the Visegrad Group, the relocation quota but lost the case[14]. The Court of Justice of the European Union found in joined cases against Poland, Hungary and the Czech Republic that the three countries violated their obligation under the EU law. Slovakia had offered to relocate approximately 1200 individuals filing for asylum, so the Court did not find against Slovakia[15].

Slovakia is a member of the Economic and Monetary Union, Schengen Area, as well as the Area of freedom, security and justice. At the time of proposed ratification of the EU Constitutional Treaty, the government had articulated a conservative position on opt-outs[16]:

We do not consider a Member State’s decision not to engage in a particular EU policy or activity (opt-out measures) to be a good tool for reaching a compromise between Member States in the Union’s institutional reform. Our goal is joint progress in integration […]

The subsequent government considered an opt-out from the Lisbon Treaty in 2009, designed based on the proposed Czech opt-out[17]. The Slovak PM later reversed the government position[18]. A conflict within the coalition government in 2011 due toa vote on the EFSF (the Eurozone bailout fund, precursor to the ESM) led to the dissolution of the Parliament and an early election. The PM at the time tied the vote on the EFSF to the vote of confidence in the government[19].

Slovakia managed the initial response to the pandemic outbreak reasonably well, considering the fact that the Covid-19 pandemic coincided with the general election and a significant shift in the executive[20]. That cannot be said about the government response to the second wave, which was generally criticised as inadequate and eventually contributed to the resignation of PM Igor Matovič[21].

Slovakia is to receive approximately six billion EUR from the pandemic Recovery Fund. More than half of these resources are to be spent on climate objectives and digitalisation[22]. The remaining resources have been earmarked for health care and educational projects, R&D, and effective public administration (primarily anti-corruption and justice reforms)[23]. However, opposition members and the private sector have criticised the proposed allocation of the resources[24].

Slovakia has, in the main, supported the Conference on the Future of Europe. The government and a number of NGOs organised workshops earlier in the year to present the work of the EU and gather popular feedback on selected policy issues[25]. The government sought to formulate a position, which would be a mix of expert and “crowdsourced” opinion[26]. Going into the Conference, Slovakia agreed with 11 other states on points of shared interest to pursue, such as the Rule of Law, climate change, and democratic legitimacy of the EU[27]. The group, however, insists that the Conference should not create new legal obligations[28].

[2] Jarko Fidrmuc, Caroline Klein, Robert Price, and Andreas Wörgötter, “Slovakia: A Catching Up Euro Area Member In and Out of the Crisis” (2013) IZA Policy Paper No 55, 4

[8] Max Steuer, “On the Brink of Joining Poland and Hungary: The Night of Surprises in the Slovak Parliament” (Verfassungsblog, 25 October 2018) <https://verfassungsblog.de/on-the-brink-of-joining-poland-and-hungary-the-night-of-surprises-in-the-slovak-parliament/>

[23] The website of the Slovak recovery plan is accessible at: <https://www.planobnovy.sk/>

[24] Jana Liptáková, “Slovakia’s recovery plan will be a storm of reform or a wasted opportunity” (The Slovak Spectator, 17 March 2021) <https://spectator.sme.sk/c/22618875/slovakias-recovery-plan-will-be-a-storm-of-reform-or-a-wasted-opportunity.html>

[27] The position paper of the 12 states is accessible at: <https://www.permanentrepresentations.nl/documents/publications/2021/03/24/non-paper-on-the-conference-on-the-future-of-europe> 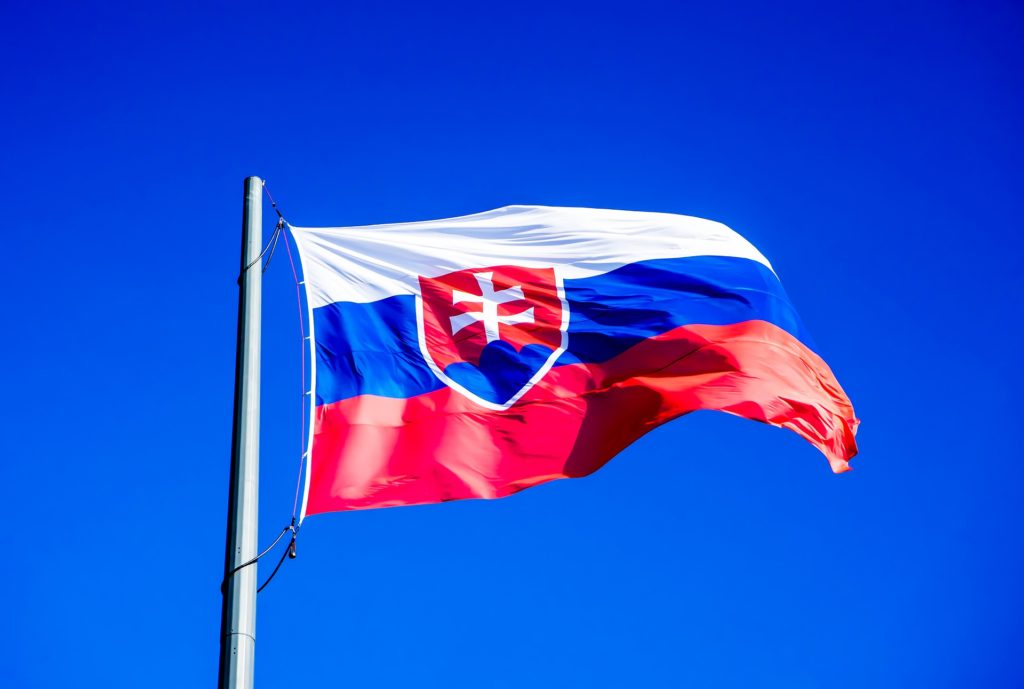