To Live and to Learn: The EU’s Failure to Recognise Rule of Law Deficiencies in Lithuania 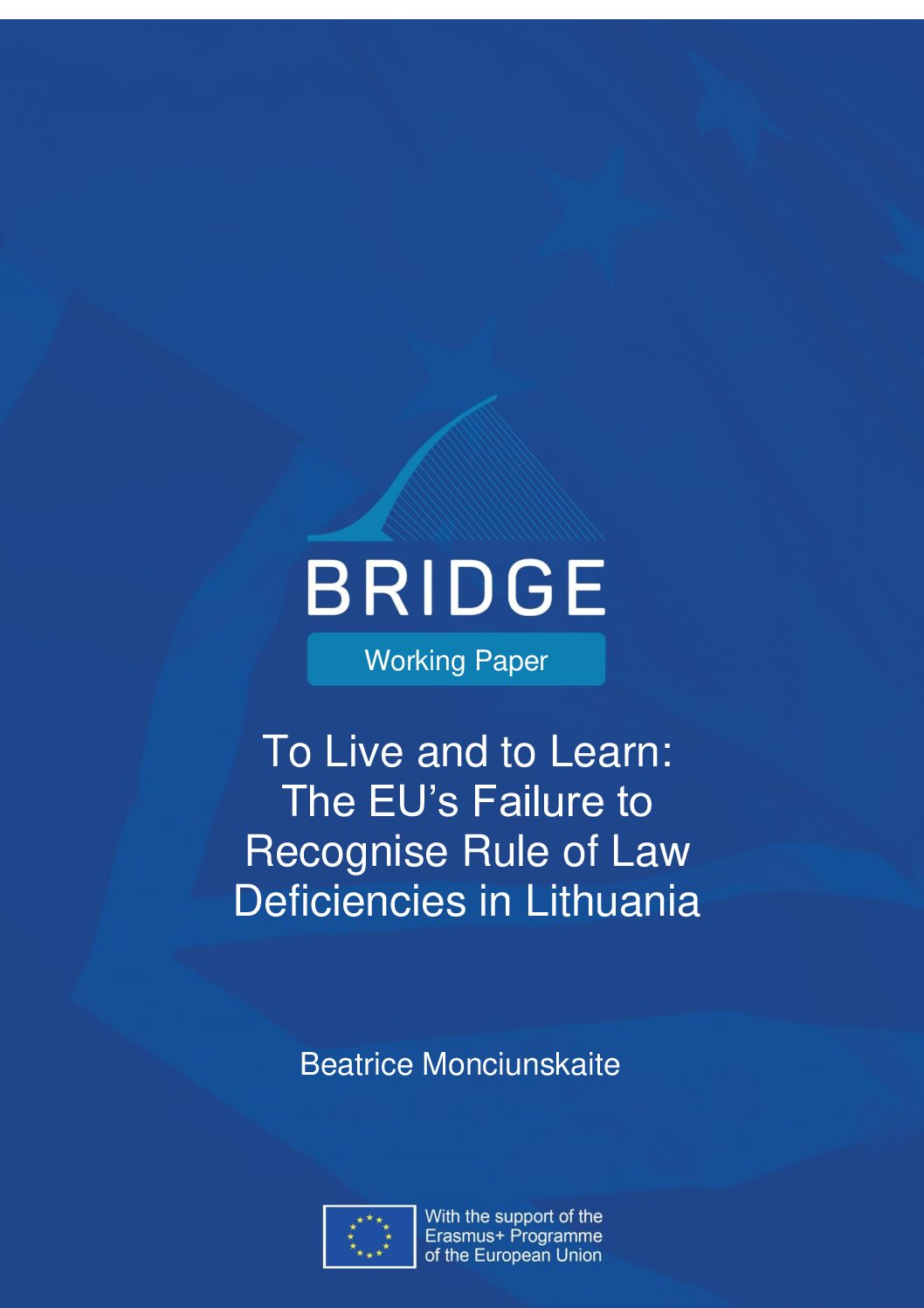 This article deals with the ongoing rule of law crisis facing the European Union (EU). It aims to contribute to the growing body of literature concerning EU states facing rule of law decline and the EU’s response to this crisis. This article will analyse the status of the rule of law and judicial independence in Lithuania in light of the EU Commission’s first Rule of Law Report published in September 2020. Lithuania has so far slipped under the radar of constitutional democracy scholars who have been researching European rule of law backsliding, mainly focusing on the crisis in Poland and Hungary. However, in the past two years, Lithuania has endured a series of attacks on judicial independence and suffered an attempted siege of its national broadcaster. There has been an intense deadlock recently over the election of Constitutional Court justices, which has raised concerns over the executive’s persistent attempts to politicise Lithuania’s highest court. Worryingly the recent Rule of Law Reports, published by the EU Commission, fails to reflect the severity of these recent developments. The Commission’s inaction leads this article to conclude that the EU Commission is turning a blind eye to Lithuania’s precarious rule of law situation. By doing so, it not only exacerbates rule of law issues domestically, but also undermines the fight against rule of law backsliding in the Union.