The War in Ukraine and the Future of the EU 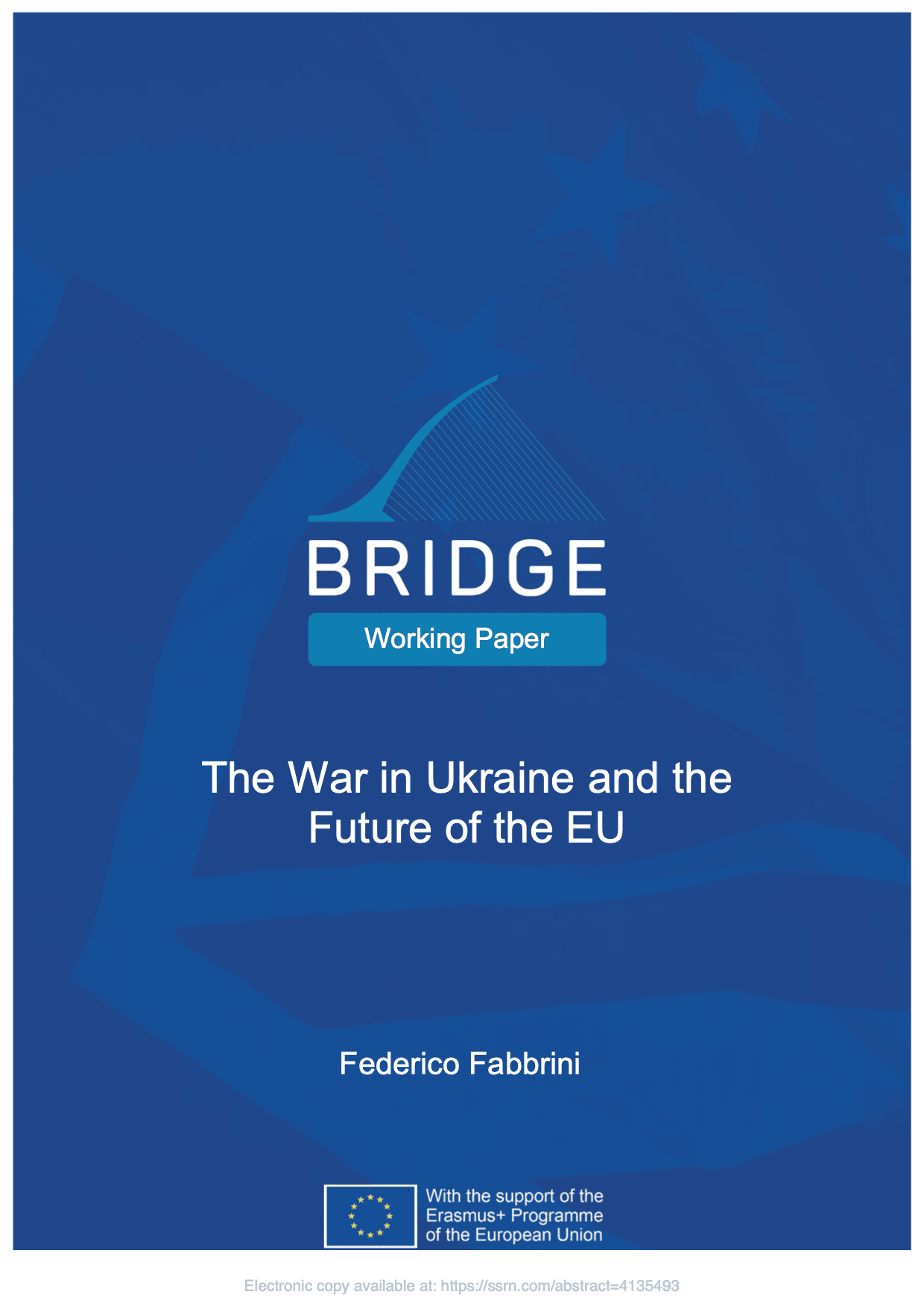 This paper examines how the war in Ukraine has impacted on the project of European integration. To this end, the paper analyzes the responses that the European Union (EU) has taken since February 2022 to address the unprovoked and illegal Russian military aggression of Ukraine, emphasizing EU advances in the field of foreign affairs and defense, immigration management and energy security. Nevertheless, the paper also highlights several setbacks in the EU responses to the war in Ukraine and explains this in light on ongoing weaknesses of the current EU constitutional structure — including intergovernmental governance mechanisms and the lack of adequate financial resources. In light of this, the paper discusses proposals to reform the EU as they have emerged from the Conference on the Future of Europe. The paper surveys the process of the Conference on the Future of Europe and summarizes its main conclusion, suggesting that these would go a long way in addressing the shortcomings of the EU governance and power structure that the war in Ukraine has exposed.