The Future of the ESM within a Hybrid EMU Law 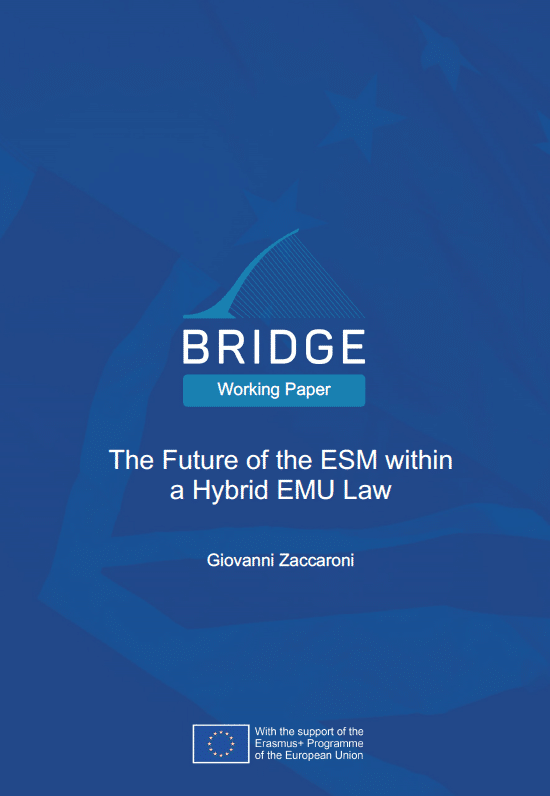 This paper examines the evolution of the support offered to the Eurozone Member States by the European Stability Mechanism. The paper analyses its functioning and explains the plans for its reform, both within and outside the EU Treaty framework. The paper then concludes stressing how the evolution of the European Stability Mechanism contributes to the consolidation of a hybrid EMU architecture, where the interaction between Treaty and non-Treaty norms raises a variety of legal and political challenges.