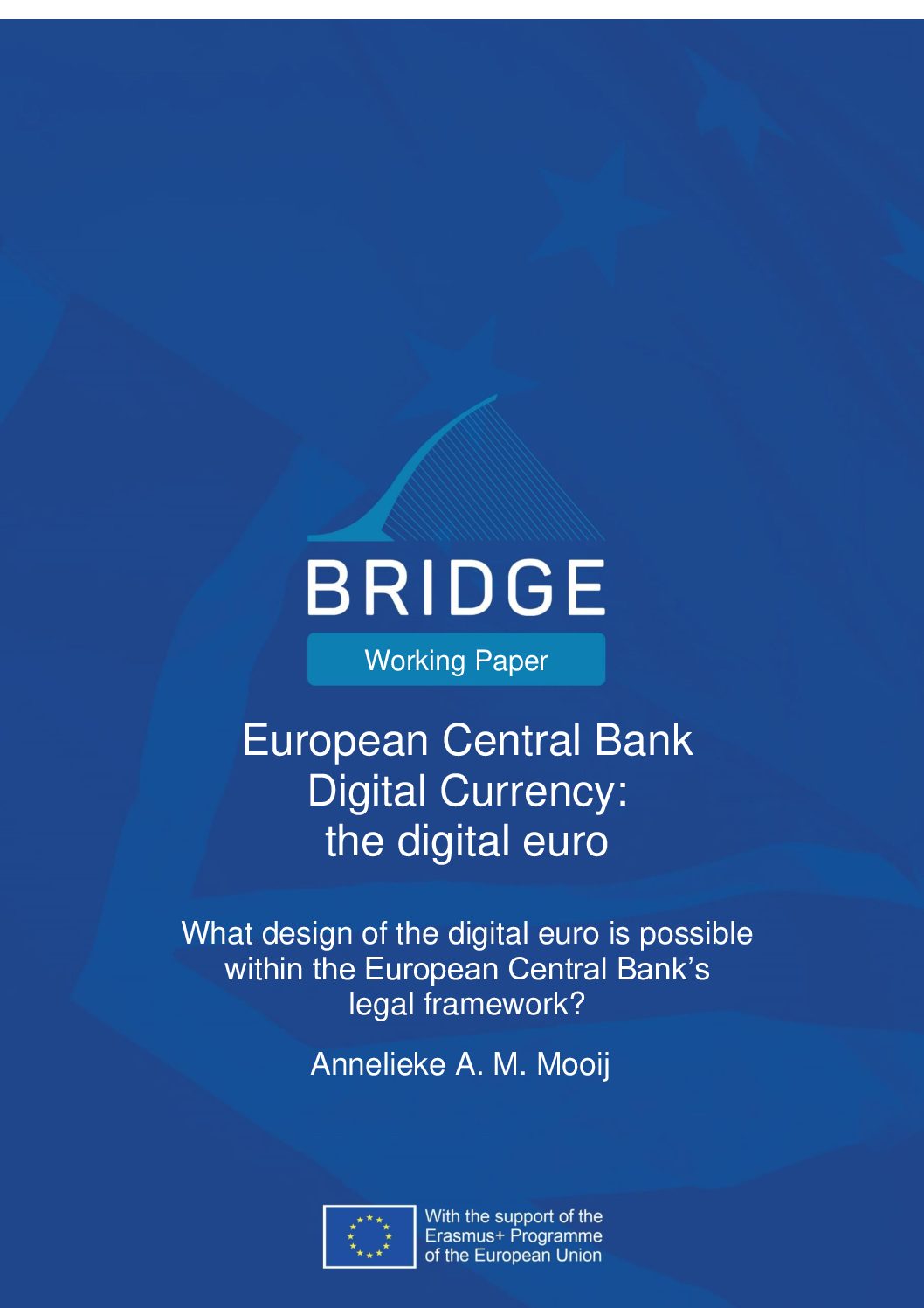 This article will discuss the legal framework of Central Bank Digital Currency (CBDC) in the Eurozone. The different designs proposed by the European Central Bank will be examined against the legal framework. The first question that will be examined is whether CBDC could be introduced as part of the issuance of banknotes and be classified as legal tender. It will then consider whether the CBDC can be used as a monetary policy instrument under the ECB’s monetary mandate. To do so this paper will consider two different types of CBDC. The wholesale CBDC is only accessible to financial institutions and the general purpose CBDC which would be accessible to consumers. This paper concludes that CBDC can be introduced as legal tender. And that the introduction as legal tender does not exclude it from being used as a monetary instrument. General purpose CBDC however cannot be introduced under its monetary mandate. This paper considers that the introduction of general purpose CBDC would classify as an economic policy. The aim of such CBDC is socio-economic rather than monetary. Despite the economic mandate, CBDC could not be introduced within the current legal framework. The impact upon the commercial sector would violate the efficient allocation of resources. Therefore the introduction of general purpose CBDC would not be possible under its economic mandate. Lastly, this article examines the possibility of introducing and using CBDC as part of the exchange rate policy. This option is examined concerning the introduction of cryptocurrencies. This paper finds that using CBDC would be lawful under the ECB’s mandate. Using CBDC as part of the exchange rate complements the Commission’s proposed legislation of cryptocurrencies.