A reflection on the nature of Free Movement in an enlarged EU: does it still follow the original logic? 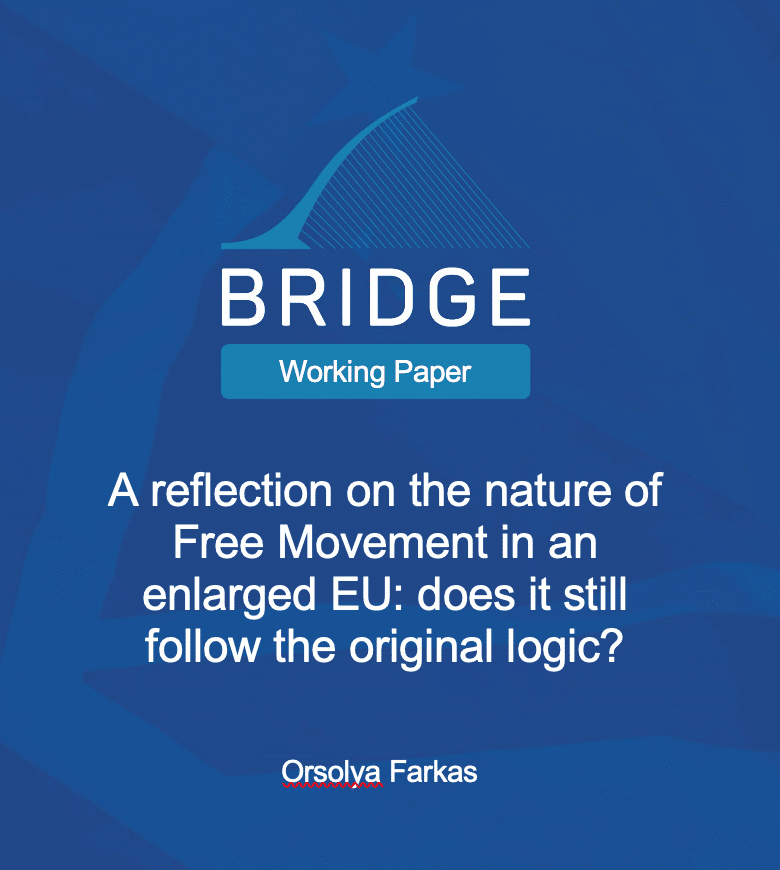 The paper discusses the wider framework of free movement of people in EU law, bridging various research fields. In doing so the initial part of the paper indicates the major differences between free movement of people before and after the Eastern Enlargement both in numbers and characteristics. This part is followed by the analysis of the effects produced in sending and in destination countries. Subsequently the focus moves on the possible reasons motivating migration and on how these decisions are facilitated by the current regulatory framework of free movement. It will be shortly recalled that free movement has been object of a constitutional evolution towards a fundamental right including all Union citizens, not only labour force. In this context free movement effectively accommodated a diversified set of reasons and motivations to exercise this right. The conclusions suggest that until cohesion remains limited, the persisting gaps in working and living standards among the Members States will continue to distort free movement.