In the last six years, the rule of law crisis in the EU has been the subject of intense academic discussion. At the same time, the rule of law and the independence of the judiciary have become topics of intense political debate both in Brussels and in Member States. Nevertheless, this debate has largely overlooked the implications of the rule of law crisis for economic law, including competition law, despite the fact that the economy and the proper functioning of the internal market lie at the core of the European Union project. The forthcoming publication on the illiberal influence of populist government on the competition law system (Bernatt, 2022) is meant to fill-in this gap. Studies of this kind are imperative if one takes into account that competition law promotes consumer-friendly functioning of the economy associated with low prices, high quality, choice, and innovation. In addition, by imposing limits on the rise of economic power and keeping markets open, it may have a positive impact on the democratic legal order (Fox, 2019). If the rule of law crisis were to affect this role of competition law, its fundamental importance for the EU would be endangered.

Competition agencies enjoy flexibility in setting their enforcement priorities and deciding which investigations to open. However, conditioning enforcement on the existence of political support for a given action, or outright political motivations behind a given action, must be seen as problematic if one considers the need for rule-of-law based, impartial application of competition law.

In Hungary, a case against banks offering loans denominated in foreign currencies may be considered as the primary example of a high-profile antitrust case after 2010 (i.e. after the formation of the first Fidesz government) which had clear political backing. The Hungarian Competition Authority (the HCA) instituted the proceedings in November 2011 after a call for action was addressed directly to the HCA by one of Fidesz’s most important politicians, who was a member of the Hungarian parliament. The call for action was formulated in the context of popular disillusionment with the banking sector after 2009, and in particular the solvency crisis of borrowers of mortgage loans denominated in foreign currencies after exchange rates went up. In November 2013 the agency found that banks violated competition law by coordinating, between September 2011 and January 2012, their strategies to reduce the full pre-payment of mortgage loans denominated in foreign currencies under the fixed exchange rates imposed on banks in 2011 by means of law. The banks were found to have limited access to refinancing loans in Hungarian forints, which would have been suitable to redeem the foreign currency loans. A record post-2010 fine, amounting to a total of 31.6 million Euro, was imposed. To be sure, despite some legal controversies related to the classification of banks’ practices, the case had a legal basis and was upheld on the merits by courts. Still, if seen in the context of overall characteristics of enforcement by HCA focusing on small and medium enterprises rather than on big market players (Bernatt, 2022), the case suggests that the HCA is ready to open high-profile cases only once it has political backing. Otherwise an approach of self-restraint is taken.

In Poland strategic enforcement may be illustrated by public statements of the competition agency’s head which cast doubt on subsequent enforcement actions. In 2017, i.e. at the time when the Polish government was considering the introduction of rules governing the maximum level of foreign capital in the media sector (sometimes dubbed as media ‘re-polonization’), the head of the Polish Competition Authority (PCA) expressed views which were supportive of the governmental plan. He hinted that he was unsatisfied with the content of TV and press materials in the media owned by German capital, and suggested the need for administrative control in this respect to guarantee greater media pluralism. The interview revealed that he is not keen on the presence of foreign capital in the Polish media sector – a view corresponding with the opinions of the ruling politicians. Such statements may cast doubts on actions taken subsequently with regard to the media market, even actions which otherwise could be perceived as a legitimate activity on the part of the agency. In this context, one has to note the opening of preliminary investigatory proceedings by the PCA after calls from the pro-government media and a ruling party MP concerning the allegedly inappropriate lack of notification of acquisition of the Eurozet Group, the owner of Radio Zet, the leading Polish privately-owned radio, by Czech SFS Ventures and Agora, the owner of a number of media outlets highly critical of the current government. In a similar vein, such statements cast a shadow on the subsequent PCA’s in-depth review of the acquisition by Agora of controlling assets in the Eurozet Group, and the eventual decision to prohibit the acquisition; the decision was based on a controversial legal approach and might have not been supported by sufficient evidence confirming the risks for competition on the market (appeal is pending). Finally, one has to notice the controversies related to the acquisition of the German-owned Polska Press – owner of 120 regional newspapers and magazines as well as websites across Poland – by PKN Orlen, the state-controlled fuel and energy company. This acquisition has been considered by the Polish Ombudsman as a threat to free speech. The regularity of the PCA’s decision to clear this transactions is yet to be confirmed by court.

The examples discussed above suggest that competition law may be used as a political tool. If the proceedings do not have basis in facts and/or involve misinterpretation or misapplication of law they are controversial from the rule of law perspective. However, if one considers the benefits competition (and its protection) brings, this also raises the problem of lack of enforcement vis-à-vis the practices of a potentially anticompetitive nature. In such a case, competition law does not serve goals it is supposed to serve (see supra Introduction).

Two areas of enforcement illustrate this. The first case involves lack of enforcement of competition law in the agriculture sector, and it is related to the enactment by the Hungarian Parliament in November 2012 of a limitation on the application of the prohibition of anticompetitive agreements in the agriculture sector to stop the HCA investigation in the watermelon cartel case. The case well illustrate a broader post-2010 shift in Hungary towards an economic policy aimed at promotion of the interests of some producers and sectors, in line with the agenda of economic patriotism – a policy believed to favor protectionism and government intervention (Szilagyi 2012). Even if related to only one particular case, the amendment had broader effects for the enforcement of competition law in the agriculture sector. It sent a clear signal from politicians to the agency that the agency should not invest its resources into the agriculture sector. This was acknowledged by the agency immediately in relation to its powers to impose fines. It observed that because of the amendment it had practically become impossible to impose sanctions on cartels with respect to agricultural products. Lacking the power to impose fines, the HCA believed that it was significantly constrained in terms of taking actions relating to the agriculture sector. Indeed, the amendment had a chilling effect on investigations concerning the agriculture sector. Before the watermelon case the HCA was actively enforcing the law in this area of the economy (Toth 2013). After the amendment, this enforcement became virtually non-existent (Bernatt 2022). In particular, the investigation concerning an alleged cartel formed by important Hungarian sugar producers was terminated. Similarly, one can observe a lack of enforcement against bid-rigging in the construction sector after 2010, which may be contrasted with pre-2010 period (Bernatt 2022).

Second, insofar as control of concentration is concerned, it is difficult to observe a rigid scrutiny on the part of either the Polish or Hungarian competition agencies in high-profile concentrations involving state capital. Both in Poland and Hungary the agencies have unconditionally cleared many transactions which led to increased concentrations involving state capital in companies which were earlier owned by foreign firms (Bernatt, 2022). Such an approach, once seen jointly with limited enforcement concerning abuse of dominance by state owned enterprises (which was common in the past) may suggest that competition agencies adopted a self-restraint approach in relation to firms owned or controlled by the state. In the case of Hungary, this is exacerbated by the public interest exemption to the merger review regime, which led to a complete lack of any HCA check of several transactions involving state capital, particularly in the energy sector (Bernatt 2022).

Strategic (non)enforcement of law by administrative agencies is yet another example of the rule of law crisis. The process of weakening of the rule of law should be seen jointly with processes taking place in the economy which posit the state, and firms controlled by state or otherwise linked to the ruling government, at the center of the economy. These two processes change the circumstances within which the agency enforces the law. The agency needs to operate within an environment which is hostile to its mission. Once the agency’s actual independence is low, the agency may be expected to enforce the law in a way it is in line with the interests of the ruling government. The agency may also opt to adopt a self-restraint approach. In particular, the agency may try to avoid the clash with the illiberal economic agenda of the government. In such a case, the agency while formally existing, loses much of its relevance – at the expense of consumers and society at large.

Tihamer Toth, ‘The Fall of Agricultural Cartel Enforcement in Hungary’ (2013). Retrieved from https://ssrn.com/abstract=2515967

Maciej Bernatt is a Professor of the University of Warsaw (profesor uczelni). Maciej is the director of the Centre of Antitrust and Regulatory Studies and a head of the Department of European Economic Law, Faculty of Management, University of Warsaw. He is also the Editor-in-Chief of the Yearbook of Antitrust and Regulatory Studies and the director of ASCOLA Central Europe Chapter. 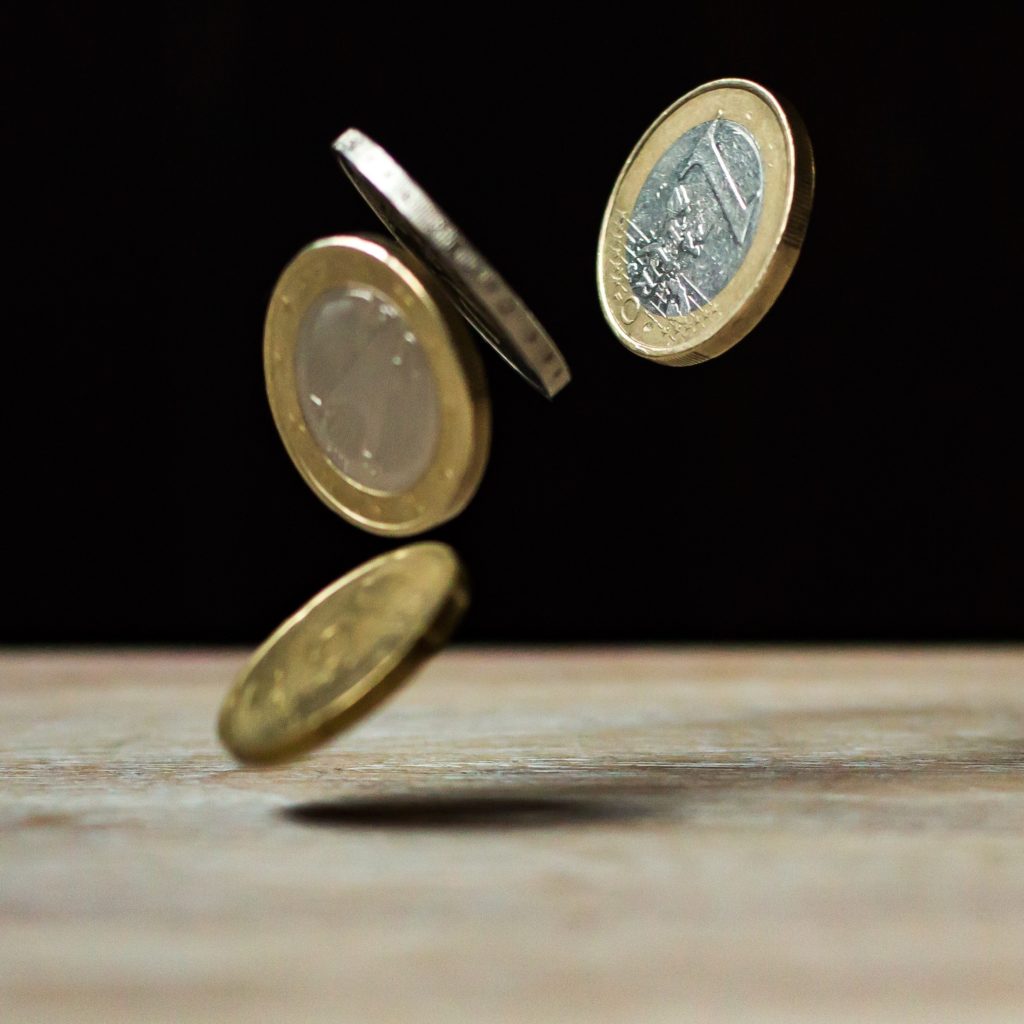