Migration crisis as an amplifier not a game changer

Nearly seven years have passed since the 2015 migration crisis. At the time it felt like a potential critical juncture. Instead today we know that the crisis amplified rather than changed underlying dynamics and tendencies in the migration policy field in the EU and its member states, affirming existing policy paths, and accentuating divisions among member states.

In order to understand why the migration crisis has not been a game changer, it needs to be emphasized that the crisis was not necessarily a rupture in terms how migration has been perceived in the past. A crisis perspective is deeply rooted in the thinking of migration as as something juxtaposed to normality, i.e. to the supposed ‘order of things’. Migration has been used to signify ´problematic mobility´. It is not seen as a solution, such as escaping conflict or improving livelihood, or simply as a form of human mobility, but predominantly as a problem that needs managing.

Ambivalence as a strategy to reconcile contradictory demands

Another inherent and constant feature of EU migration governance is that it has been oscillating between openness and restriction. This ambivalent approach mirrors the existence of different interests among a diversity of stakeholders in the European Union from humanitarian NGOs to border hawks. Ambivalence and the fudging of policy goals hence has served a strategic function: it provides different signals to different audiences. It has been a way to deal with conflicting and at times contradictory demands.  This has been especially evident in the field of asylum, which has been shaped by two objectives – to protect vulnerable asylum-seeking migrants, and to prevent asylum seeking migration.

Increase in salience and polarization since 2015

However, this “strategy” of reconciling contradictory objectives has become increasingly untenable since the issue of migration has become highly politicized, i.e. more salient and polarizing. Since 2015 there has been a clear increase in politicization across the EU regions. This politicization in the wake of the crisis was especially important in the South and the East of Europe, in contrast to the North-West of Europe, until then had been a minor issue. We can also see important differences across different member states. The rise of politicization was especially pronounced in countries such as Hungary and Poland, but also Austria, Germany and Italy. In countries like Portugal or Greece, by contrast, there was hardly any crisis effect in terms of salience and polarization, which underlines that the crisis itself was not a sufficient nor necessary condition for the rise of politicization. Instead it is the mobilization by political parties that matters considerably in that regard.

The politicization of migration as an EU concern and its effects

Moreover, since 2015 migration has been politicized as an EU concern. With the crisis, for the first time EU citizens considered immigration to be the most important issue facing the EU. Expectations were raised as to what the EU could or should do concerning the regulation of migration and its effects. Consequently, the majority of EU citizens (71 %) is today in favor of a common European policy on migration, albeit with stark differences across member states. On the one hand, citizens of countries including Belgium, Spain, Cyprus and Greece, and Germany are very much in favor of common EU policies. On the other hand, countries like Poland, Hungary, Austria, the Czech Republic and Slovakia at the end of the spectrum, are significantly less inclined to opt for common EU policies.

Notwithstanding the appetite for common EU regulations, there is hardly a policy field in which top down harmonization has been so challenged than in the field of migration. In particular in the matter of asylum, the EU has been facing gridlock for years now.

Moreover, as a direct result of the politicization of migration as an EU concern, we see more emphasis on the restrictive side of regulating migration. Border policy and return policy have been (as opposed to admission and integration policies) the two policy fields which have seen a continuous restrictive tendency since the 1990s, with an even stronger push towards restriction during the migration crisis. These restrictions in the wake of the crisis, have been pointedly referred to as the “Orbánisation” of EU migration policies. Funds for migration and border management have also increased significantly in line with the heightened attention on control. For the period 2021 to 2027 these funds amount to 25.699 billion Euros, compared to 13 billion Euros in the previous 7-year period.

There is also an increased policy emphasis on the return of irregular migrants. The European Commission’s 2020 proposal for a New Pact for migration and asylum even introduced a return sponsorship scheme as an alternative to relocation of asylum seekers from frontier EU member states. The ‘sponsoring’ member state (e.g. Hungary or Poland) would be responsible for returns from frontier EU member states (e.g. Greece or Italy). Apart from questions of feasibility, the scheme would make it harder to determine responsibility and hold sponsoring states accountable for human rights violations.

We also can observe a trend towards greater appetite among EU governments to outsource refugee protection and to externalize migration control, i.e. to prevent migration through cooperation with states of origin and transit, which again raises concerns of accountability and human rights violations. The heightened search for external solutions beyond the EU’s borders is again evident in the 2020 EU Pact for Migration and Asylum.

In recent years, the EU has especially sought to intensify cooperation with African countries. In June 2016 a New Partnership Framework for working with non-EU member states, particularly in Africa, was proposed by the European Commission to tackle the “root causes of irregular migration and displacement”. Already in 2015, an Emergency Trust Fund for Africa was established to invest 3.9 billion Euros in the Sahel region and Lake Chad, the Horn of Africa and North Africa. While these funds have created opportunities for economic development, the major focus has been on containment and control of irregular migration.

The fact that the external dimension has been the component of the EU’s Migration and Asylum Pact that reached the most consensus among EU member states suggests that externalization has become one of the preferred policy solutions to address irregular/asylum seeking migration.

Agreement among member states to find equitable solutions to migration inside the EU in turn remains rather weak. It remains to be seen if the upcoming elections in Hungary – in particular if  Orbán, a staunch opponent of immigration, loses – can begin to shift this dynamic.

Leila Hadj Abdou is Part-Time Assistant Professor at the Migration Policy Centre at the Robert Schuman Centre for Advanced Studies of the European University Institute, as well as a Lecturer at the Department of Political Science at the University of Vienna. She is in charge of coordinating the EUI’s contribution to the H2020 project “Exploring the Integration of Post-2014 Migrants in Small and Medium-Sized Towns and Rural Areas from a Whole of Community Perspective (WHOLECOMM)” 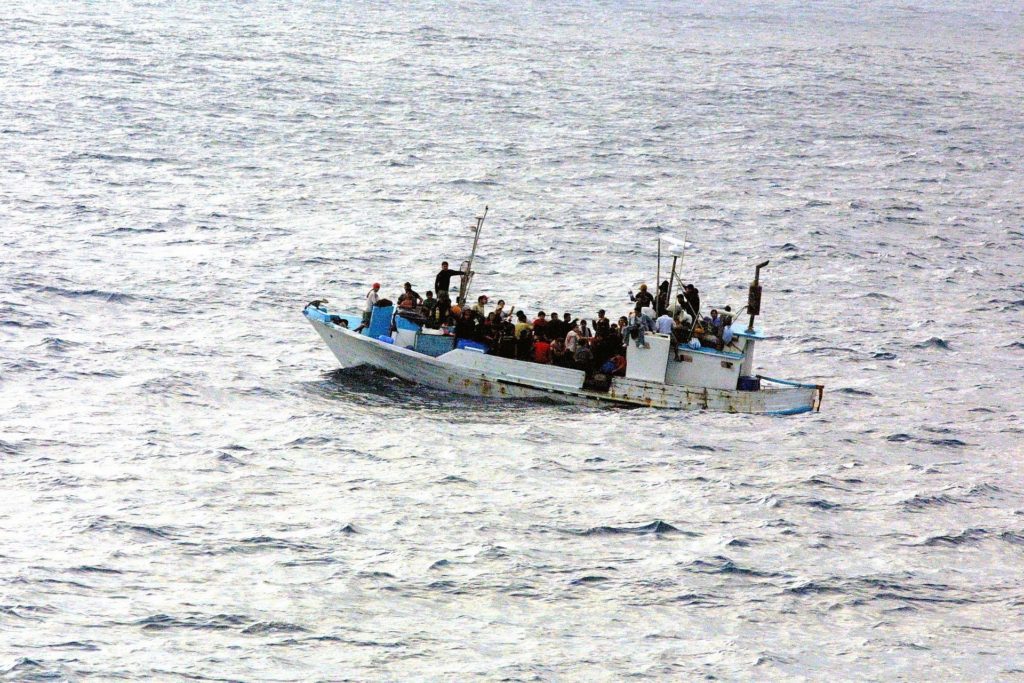