The first day of the conference was devoted to showcasing the work of Ph.D. students affiliated with the BRIDGE network. After welcome remarks from Ken McDonagh, Head of School of Law and Government at DCU, the conference kicked off with a panel chaired by Prof. Federico Fabbrini focused on the Rule of Law. To begin, Viktor Kazai (CEU) began with a discussion of the Rule of Law in Hungary, arguing that the government there frequently violates this principle in its abuses of the legislative process, even though these are not generally recognized by the EU as Rule of Law infractions. The next presenter was Niels Kirst (DCU) who analyzed similarities and differences in Rule of Law backsliding across the Atlantic, comparing this phenomenon in the EU to cases in the US, specifically Georgia and Texas. Third, Beatrice Monciunskaite (DCU) addressed the question of whether there is a Rule of Law crisis in two member states not usually thought of in this regard, Latvia and Lithuania. Finally, Jenny Pullicino Orlando (Copenhagen) addressed the Rule of Law question in Hungary in broader historical terms, adopting a postcolonial approach to the development of Hungary’s constitutional self in the decades after the end of Communist rule.

The second panel, chaired by Ian Cooper (DCU), covered a range of subjects within the research programme of the BRIDGE Network. To start, Teodora Miljojkovic (CEU) discussed her Ph.D. research project on the Rule of Law and limits to interference with judicial independence. The next speaker was Havva Yesil (DCU) who discussed her research on the EU-Turkey Statement in light of international human rights law and EU asylum law. She was followed by Theresia Morandell (ETH Zurich) who discussed her previous research from the University of Bolzano on urbanization in constitutional law. Finally, Giacomo Pignatiello (University of Siena) discussed his research on the right to a fair trial and the sanctioning procedures before independent authorities in European Financial Markets.

The last item on the first day was the launch by Ian Cooper (DCU) of the BRIDGE Network’s Interactive Map. This map graphically illustrates the extent of differentiated governance within the European Union. It was created by the DCU Brexit Institute for the BRIDGE Network with the generous support of the Irish Department of Foreign Affairs’ Communicating Europe Initiative.

The conference concluded with a keynote address from Jean-Claude Piris (former Director General of the EU Council Legal Service). In a wide-ranging speech that drew upon his deep knowledge and experience, Piris gave his expert diagnosis of the problems facing the EU and suggested some possible solutions. While he recognized the gravity of the many crises that have faced the EU over the last decade, he identified the root of the EU’s difficulties as something that predates these crises: the failure to enact necessary reforms – in particular the elimination of the widespread unanimity rule in EU decision-making – prior to the 2004 enlargement which brought the number of member states from 15 to 25. This is the “original sin” of the Maastricht and Nice treaties. This dysfunction reflects the fact that the aims of the EU as set out in the treaties cannot be met by the EU as it is currently constituted in the current treaties. To remedy this, he suggests numerous changes to Council decision-making, that would greatly reduce the number of policies in which each member state has a veto, and move towards a greater use of various thresholds of qualified majority voting. He also foresaw that with fewer vetoes there could be more differentiation in the governance of the EU. 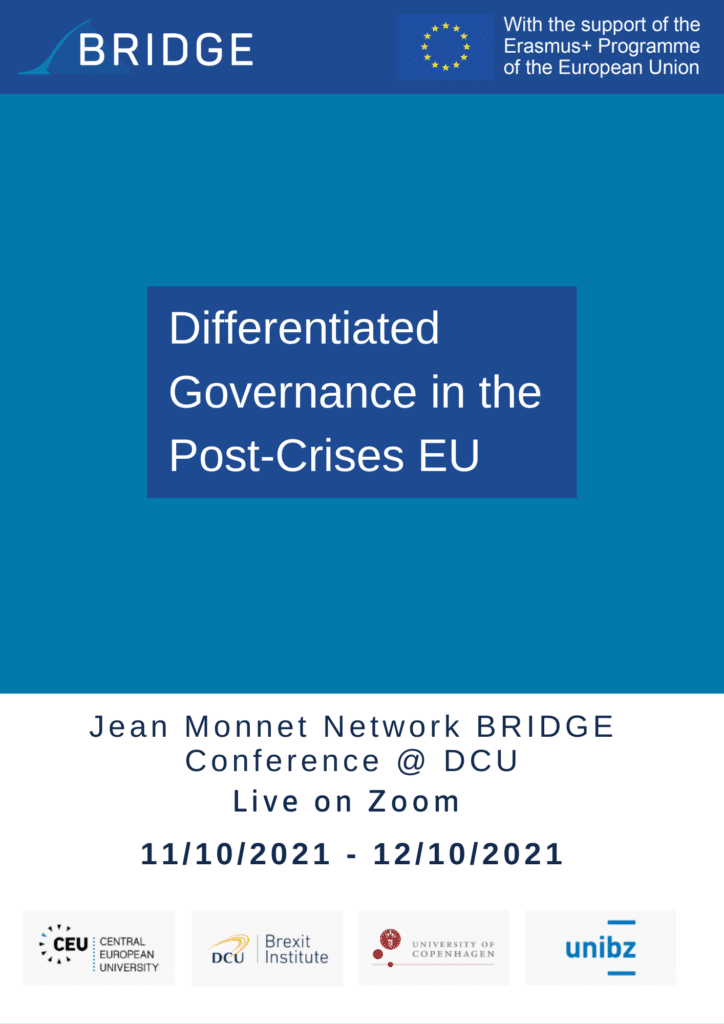