Bulgaria’s post 1990 economic trajectory has been turbulent. In 1998 the economy was hit by hyperinflation amid a banking crisis that saw many people lose their life savings. Subsequently, under the centre-right government led by Ivan Kostov, the Bulgarian Lev was re-constituted and pegged to the Euro. Since that time the currency has been extremely stable. Like other states in the region, Bulgaria suffered a significant decline in growth after 2008 and experienced a deep recession after years of relatively robust economic growth.

However, Bulgaria has not yet joined the Euro.  Bulgaria adopted a cautious approach to fiscal policy after the crash of 1998 and – prior to Covid – was thought to meet the criteria for Euro membership. In July 2020, along with Croatia, Bulgaria joined the Exchange Rate Mechanism II (ERM-II), the Eurozone “waiting room” opening up the possibility that it could join the single currency after two years. In October 2020, along with Croatia, Bulgaria joined the Banking Union; the European Central Bank entered into “close cooperation” with the Bulgarian central bank, and Bulgaria was subject to the authority of the Single Supervision Mechanism and the Single Resolution Mechanism. Bulgaria and Croatia are the first non-Eurozone countries to be permitted to join the Banking Union, although their membership of ERM-II implies that they will eventually join the Eurozone.

Bulgaria has experienced a precipitous fall in its population since 1990 – the population has reduced from 9 million to less than 7 million in that three decade period, with large outflows of people to Germany, the UK, Ireland, and Spain as well as the United States and Canada. The ‘brain drain’ has been a central feature of Bulgarian life in recent decades, with highly educated young people leaving for better pay and opportunities in other EU states.

Bulgaria was in the front line of the EU migration crisis in 2015, as large flows of refugees from Syria, Afghanistan and elsewhere made their way to Europe. Like its neighbours Romania and Croatia, Bulgaria has been a transit country rather than a host country.

Although most attention has been focused on Hungary and Poland, Bulgaria has also exhibited significant governance problems. These problems got worse after Bulgaria entered the EU in 2007. Reporters without Borders ranks Bulgaria at number 111 in the world for press freedom in 2021, an extraordinarily low figure for an EU member state, almost a decade and a half after EU accession. State capture has been the central feature of Bulgaria’s institutional landscape in recent years with the perception that government has been ‘captured’ by a range of predatory oligarchic forces. The frustration on the part of Bulgaria’s citizens resulted in significant street protests in 2013 and again in 2020 and 2021, mostly focused on Prime Minister Boiko Borisov and his GERB party as well as the Chief Prosecutor, Ivan Geshev and a number of well known oligarchs. Borisov was voted out of office in May 2021.

Since joining the EU in 2007, along with Romania, Bulgaria has been subject to additional scrutiny through the Cooperation and Verification Mechanism to facilitate judicial reform and the fight against corruption.

Compared to other EU member states, Bulgaria was not very much affected by Brexit.

Bulgaria is a member state that does not participate in some of the EU’s most important policy initiatives. It is not a member of the Eurozone, although in 2020 it joined ERM-II and the Banking Union, indicating that it may join the Eurozone in future. It is not a member of the 28-country Schengen area in which internal border controls have been removed. However, it did join in a number of initiatives which permitted an opt-out, including: the European Public Prosecutor’s Office (EPPO);  Permanent Structured Cooperation in Defence (PESCO); and three “enhanced cooperation” initiatives, the Law Applicable to Divorce and Legal Separation, the European Patent with Unitary Effect (‘Unitary Patent’), and Property Regimes Rules for International Couples.

Bulgaria participates in the following intra-EU regional groups: the Bucharest Nine, the Salzburg Forum, and the Three Seas Initiative.

The initial phase of the pandemic emergency was well-handled by the GERB-led coalition government, with a strict lockdown imposed and hospitalisations and deaths kept to a low level. From July 2020, however, after the re-opening of the economy and society, Covid infection numbers rose steadily to a point of devastating tragedy in November-December 2020 when an average of 150 people per day lost their lives. Re-opening followed in summer 2021 as infection numbers dropped but began to rise steeply again towards the end of August 2021. By October hospitals were again overwhelmed with more than 6,000 Covid patients and 100-150 deaths per day. At this point Bulgaria exhibited the highest mortality rate from Covid in Europe and this correlated strongly with the lowest rate of vaccination takeup (only 22%). The extreme example of ‘vaccine hesitancy’ has been attributed by experts mainly to a chronic lack of trust in institutions on the part of the Bulgarian citizenry, as well as the pernicious effects of misinformation and disinformation.

In addition to participating at the EU level, Bulgaria organized two national-level events in context of the Conference on the Future of Europe. On 16 July 2021, a kick off event was organized in hybrid format by the European Parliament office in Sofia and the Ministry of Foreign Affairs, “How to hear the voice of the citizens through the Conference on the Future of Europe?”, with the participation of Bulgarian MEPs and the Deputy Minister of Foreign Affairs, all of them delegates to the Conference, and representatives of the citizens. And on 10 October 2021, a Citizen Dialogue on Demography and Democracy was organized by the Ministries of Foreign and European Affairs of Bulgaria and Croatia, the Representation of the European Commission in Bulgaria and PanEuropa, which included the participation of the foreign ministers of Bulgaria and Croatia and European Commission Vice-President Dubravka Šuica. 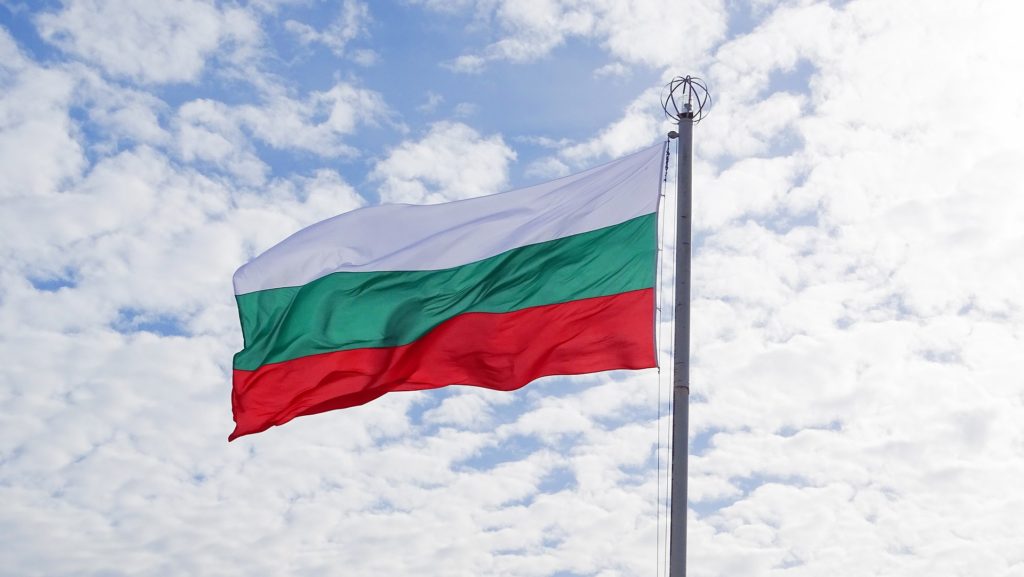