Before the start of the COVID-19 pandemic, Malta fared reasonably well when confronting the euro-crisis, migration and BREXIT but performed very badly on the rule of law.

In stark contrast with its southern EU neighbours, the Maltese economy was not particularly affected by the Euro-crisis. Real GDP declined by 1.1% in 2009, but growth was positive in all successive years, averaging around 5.3% p.a., until 2020 when it declined by 8.3% mainly due to the impact of COVID-19. The banking system did not encounter any serious difficulties, no extraordinary public borrowing or austerity measures were required and Malta supported all the EU agreed measures to bailout Greece and stabilize the euro. The European economic crises did not lead to major political upheavals at national level. The return of the Labour Party to government in 2013 after almost 25 years in Opposition was to be expected and was not in any way related to the EU’s economic troubles.

‘Irregular’ immigration tops the Maltese people’s main concern as shown by successive Eurobarometer surveys, even when the inflows are small or negligible. The number of ‘boat people’ arriving irregularly by sea mainly from Libya peaked in 2008, but subsequently declined, picking up again in 2011-13 due to the Libyan civil war. By 2017 the flow had ebbed to a trickle – just 23 arrivals. Arrivals began increasing again in 2018 (1,445 persons), 2019 (3,406) and relented in 2020 (2,281). Malta’s small size and population density is probably one of the main causes of the public’s immigration phobia. However, there is hardly any publicly expressed concern about ‘regular’ immigrants attracted to Malta to fill labour and skill shortages in larger numbers. In 2009, foreign residents in Malta (EU and non-EU citizens) numbered less than 20,000. In 2019 they exceeded 107,000 out of a population of 515,000.

For well-known historic reasons, Malta has very close ties with the United Kingdom and BREXIT could impact the Maltese economy in many ways. As the total number of inbound tourists increased from 1.3 million in 2010 to 2.8 million in 2019, arrivals from the UK rose from just under 0.5 million to 0.65 million in the same period. Potential BREXIT-induced disruptions to EU-UK travel could therefore jeopardise Malta’s main economic sector. Malta also has a long-standing bilateral Health Agreement with the UK to facilitate treatment and specialized medical procedures for Maltese citizens in the UK. At no point was this arrangement endangered by BREXIT. Malta hoped to benefit from BREXIT by attracting some investment from UK firms wishing to use Malta as a gateway to the EU. Malta also waded in the tussle to host a UK-based EU regulatory agency. However, the rapid decline in Malta’s international reputation following the publication of the Panama Papers (2016), its highly controversial Individual Investment Programme (IIP or “golden passport” scheme which is legally challenged by the European Commission) and the assassination of the journalist Daphne Caruana Galizia (2017) put paid to the best laid plans. While the BREXIT negotiations were still going on, the IMF cautioned that the biggest dangers which it posed laid in a limited EU-UK agreement or a “no deal”, which was eventually avoided, and delays in investments as investors waited for the BREXIT agreement to become clearer. Presently, the impact of the pandemic poses a bigger threat to the Maltese economy than BREXIT. Up to 2020, the UK hovered in between the second and third trading partner, but the bulk of Malta’s trade in goods (48% of X+M) in 2020 was with the EU while the corresponding share for the UK stood at 5.3%.

The declining quality of the rule of law in Malta is mirrored in the decades-old lack of adjournment of the institutional structure, the growth of cronyism, tax evasion, allegations and recriminations of corruption from all sides of a rampant two-party political system. It could be felt in the growing close ties between business and politics. The much criticised IIP launched in 2014 and changed in 2020, the publication of the Panama Papers which exposed allegations of corruption in the higher echelons of government and the assassination of Caruana Galizia, as well as Malta’s grey listing by the anti-money-laundering Financial Action Task Force (FATF) in 2021, show the state of play. A battery of constitutional changes approved by the two political parties in parliament in the summer of 2020 in response to pressure from civil society and the Council of Europe’s GRECO and Venice Commission are a positive step forward as are the strenuous efforts being made to free Malta from the FATF ‘grey list’. However, once a decline in the rule of law has set in, it is difficult to reverse until a major cultural shift occurs. The two main political parties, which occupy more than 95% of Parliamentary seats, have been reported to be deep in arrears on their VAT payments.

There is cross party consensus on EU membership and public support for the EU remains very strong (Standard Eurobarometer, Spring 2021). The strength of this consensus is reflected in Parliament’s unanimous approval of the Treaty on a Constitution for Europe (2005) and the Lisbon Treaty (2008) which replaced it. Malta joined EMU in 2008 and changed its currency to the euro from 1 January of that year. It joined Schengen in 2007.

Turning to the broader relations with the EU, Malta is at loggerheads with the European Commission on bird hunting and the International Investors’ Programme (IIP) or ‘golden passports’. Malta looks anxiously at EU tax reform and harmonization proposals which could spell an end to its thriving financial sector.

Security in the Mediterranean region, but particularly in the central part comprising Libya and Tunisia, has been Malta’s constant concern especially because of irregular migration from Libya and the harm that regional instability could cause Malta. Malta joined the Western Mediterranean Forum (5+5) in 1991 and remains active in it. After joining the EU in 2004 it participated in EU Mediterranean states’ informal meetings at ministerial and/or head of government level, initially referred to as the “Olive Group” and later as the “EU Med Group”, composed of Croatia, Cyprus, France, Greece, Italy, Malta, Portugal, Slovenia, and Spain. In 2020, it joined the sub-group “MED 5” which also includes Italy, Spain, Cyprus and Greece whose primary aim is to coordinate a common position on the issue of migration in the EU. Successive governments have stuck to a policy of strict military neutrality which became most evident in the 2011 Libyan crisis when Malta limited itself exclusively with facilitating humanitarian assistance, and have championed regional dialogue and the peaceful resolution of conflicts in particular the Palestinian-Israeli conflict. Malta is one of only two EU Member States that have not joined Permanent Structured Cooperation (PESCO) in security and defence.

Geographic proximity to its much larger neighbour Italy, dictates that strong relations are maintained with it: Italo-Maltese relations are perhaps the strongest which Malta has with any of the EU member states. The major communications and supply lines to and from Malta, including commerce, pass through Italy and the island is linked to the European electricity grid through Sicily. Relations between the two countries are strong, although they have not been spared the odd spat or two on who should assume responsibility for migrants and asylum seekers rescued in Malta’s huge Search and Rescue Area (SAR) which stretches from the tip of Tunisia to Crete.

The first reported case of COVID-19 occurred in March 2020. As the virus spread in the community, the Health Authorities began to beef up facilities in readiness for an increased demand for hospitalization and to train personnel. Information to the public on how to protect themselves started immediately and continued relentlessly throughout the pandemic. Daily official bulletins were issued showing the progress of the pandemic. The first to be locked in after the virus had spread in the community were the residents of retirement homes as well as persons over 65 and persons with underlying conditions. Next to follow were travel restrictions, school closures and remote work for public and some private sector employees. International borders were closed in between April-June 2020. The bulk of educational instruction was carried out online and through home schooling. The state also set up a helpline, several testing stations where residents could be tested for the virus and a contact tracing unit, all of which performed to a high degree of efficiency.

There was little political controversy on the handling of the pandemic by the Health Authorities led by the Ministry of Health and the Superintendent for Public Health who closely followed EU and WHO guidelines, but there were some instances of conflicting signals from other government quarters. The vaccine rollout started in January 2021 beginning first with the most vulnerable sections of the population and health workers. Subsequently the vaccine began to be offered to the rest of the population by age groups. By 6 September 2021, an estimated 80% of the population had received two doses of the vaccine. On that day, the third (booster) dose began to be administered to the inmates of retirement homes. Up to that point, Malta had experienced 36,553 cases of Covid-19, 34,990 of whom had recovered, while 445 had passed. There are several ways of comparing Malta’s performance in handling the pandemic with that of other countries depending on the comparative statistics used.

The economic impact of the pandemic has been much bigger. In 2020, GDP contracted by an estimated 8.3%. European Commission forecasts that growth will resume in 2021 and 2022 at 5.6% and 5.8% respectively. The most affected sector was tourism, where arrivals declined from 2.8 million in 2019 to around 0.7 million in 2020 and remained low throughout the first half of 2021.Unemployment nudged up slightly, but did not attain catastrophic levels. The government intervened to prop up the economy by a series of measures including direct support to employees in the hardest hit sectors and to a more limited extent in the less affected ones; tax deferrals and rate reductions, moratoria on loan repayments, electronic processing of applications, and similar measures. Households received vouchers to encourage consumption. In July 2021, Malta submitted its RRF Plan to the European Commission requesting €316.4 million in grants until 2026, to cover sustainable transport, circular economy, clean energy and energy-efficiency in buildings, digital transformation of the public administration and the legal system, projects targeting the health and education sectors, as well as institutional reforms (including measures to tackle tax evasion). The business sector and Opposition claimed that the plan was submitted without prior consultation with stakeholders, which has been denied by the government.

The measures adopted by Malta to counter the worse economic effects of the pandemic have led to a substantive increase in the Government’s budget deficit and public debt:

The economy is expected to recover rapidly in 2021 and 2022. But a central variable in this calculation is the vaccine rollout and the defeat of COVID-19 which for the time being seems to have been subdued in Malta, though not completely.

The Conference on the Future of Europe has a very low profile in Malta. The representatives of the European Commission and the European Parliament, a University institution as well as a limited number of NGOs try hard to mobilise public interest which is riveted on local politics. A joint press conference by two government ministers was held in May 2021 proposed some positive ‘official’ positions that could be developed further but as the Maltese elections – expected in 2022 – loom large on the horizon it is unlikely that public attention will shift markedly toward the conference. 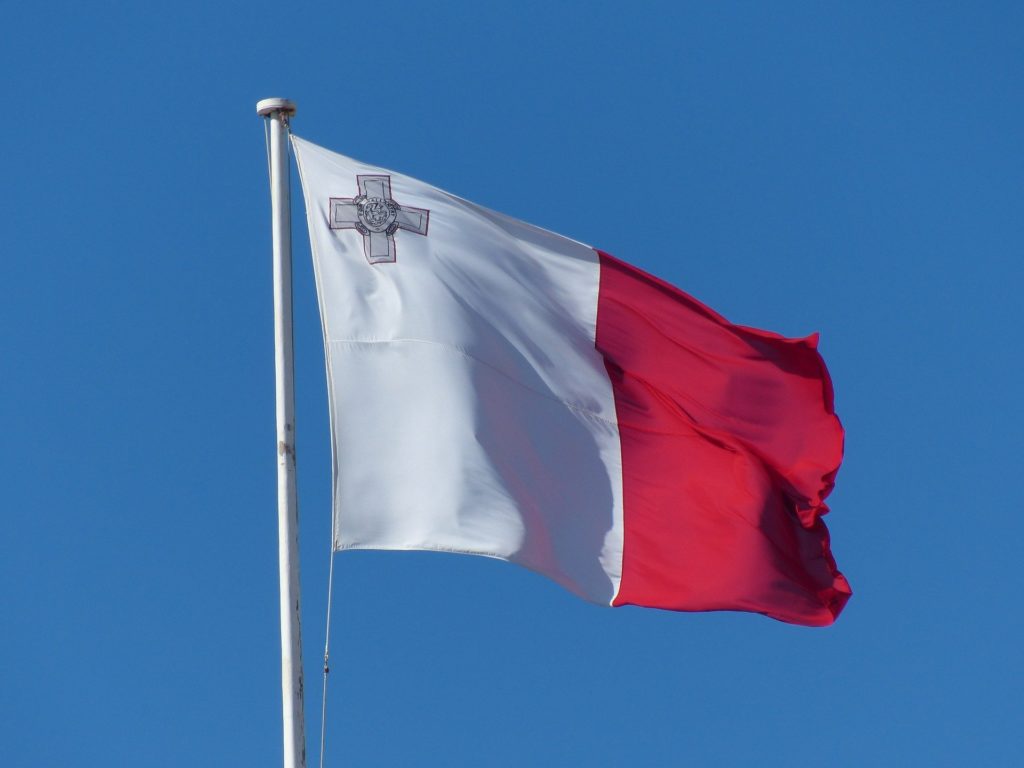