The financial crisis in Latvia was preceded by an extraordinary period of growth on the back of its accession to the EU in 2004. The Latvian economy at its peak in late 2006 was growing at a nominal rate of 36 per cent. However, this growth proved to be unsustainable and started to become destabilised in 2007. Once the global financial crisis reached Latvia in 2008, it had catastrophic consequences as the already fragile Latvian economy could not weather the impact of the credit crunch. By the end of 2008, Latvia was banned from international money markets as it plunged into a deep recession. Latvia was forced to seek financial assistance internationally and was granted €7.5 billion by the IMF, the EU and bilateral donors. Unemployment reached 20.5 per cent in early 2010, and GDP dropped 25 per cent from its peak. However, Latvia’s economy stabilised and grew in late 2009 after the government implemented a robust fiscal policy utilising tax increases, redundancies, salary, and spending cuts. Public sector salary cuts accounted for almost half of all spending cuts between 2009 and 2011, with average wages decreasing by 30 per cent.

Latvian policy towards immigration has been particularly severe to date. The country’s sizable Russophone minority has been a contentious political and human rights issue in Latvia since it regained its independence in 1991. Latvia’s governing elite’s ongoing struggle between preserving the ethnic Latvian identity and embracing their Russian speaking citizens means that both sides of Latvian society are weary of welcoming migrants. During the 2015 EU migrant crisis, the Latvian Parliament (Saeima), which had typically been divided along ethnic Latvian and ethnic Russian party lines, unified to prevent a large migrant quota from being imposed on the small country by the EU. Nevertheless, a quota of just 531 migrants proved to be too much for parts of Latvian society as furious protests erupted in Riga with demonstrators holding signs indicating that no migrants are welcome in Latvia. Government officials and members of the Saeima also expressed some problematic views around the EU-imposed quotas with Raivis Zeltīts, secretary-general of the National Alliance party, stating that he would rather welcome migrants who “belong to the same civilisation” to the Baltics. These sentiments were also echoed in Latvia’s policy towards their new community of migrants with low living standards and opportunities to work being severely limited due to language requirements. Therefore, it is no surprise that many of the small number of migrants who did arrive in Latvia did not stay for long but rather travelled further to Western Europe.

However, in summer 2021, Latvia, like neighbouring Lithuania, fell victim to Belarus’s plot to destabilise the Baltics and the EU. President Lukashenko has been accused of using refugees from Africa and Iraq to manufacture a migrant crisis in neighbouring EU states, including Latvia. The Belarussian leader is deliberately forcing refugees across Lithuanian, Latvian and Polish borders in retaliation against stringent EU sanctions following the grounding in Minsk of a passenger plane destined for Vilnius to arrest opposition journalist Roman Protasevich and his partner in May 2021. Although Lithuania has borne the brunt of this geopolitical attack as it has the largest EU border with Belarus, hundreds of migrants have also illegally entered Latvia. The Saeima initiated a state of emergency on 11 August, which will end on 10 November. The army has been deployed to patrol the border and construction has begun on a border wall to curb the mass migration further. As of 15 September, a reported 1,166 people have been deterred from crossing the state border illegally.

Latvia’s reaction to the ongoing rule of law crisis in the EU is very similar to its Baltic neighbours. As Hungary and Poland have come under repeated criticism by observers and EU institutions for their breaches of the separation of powers, judicial independence and human rights, Latvia, along with the other Baltic states, have been unflinching friends of the offending Member States. Particularly when it comes to Poland, the Baltic states are eager to protect the interests of their larger eastern neighbour. In March 2018, the three Baltic states issued a joint statement at a press conference that the Baltic states “would be against any punishments imposed on Poland; in this regard, all three Baltic countries think similarly.”

This stance is also not surprising for Latvia, as, like neighbouring Lithuania, it has also had a few notable issues with rule of law compliance. Just last November, the Latvian Constitutional Court issued a landmark judgment validating the rights of same-sex parents, which was met with criticism by many Saeima members. This judgment had the potential to initiate a reform of how the state treats its LGBTQ+ citizens, as right now Latvia offers no legal recognition for partnerships between same-sex couples. However, the judgment did not spur a change in the Saeima but rather an intense backlash, with many legislators asserting that the Constitutional Court is too politically active and calling for the abolition of the Court. This was also not an isolated incident. In May 2021 another decision of the Constitutional Court deemed legislation intended to merge two Latvian regions into one unconstitutional. This decision sparked a constitutional crisis as members of the Saeima refused to obey the Court’s decision and threatened to push through legislation merging the two regions despite the Court’s findings. Latvia’s President, Egils Levits, was forced to step in and mediate the dispute between the two state powers, which temporarily averted the constitutional crisis.

Although the full impact of Brexit on Latvia is still evolving, there is no doubt that it will have a significant effect on Latvia’s economy and the many Latvian citizens that have emigrated to the UK. An estimated 120,000 Latvian citizens lived in the UK before Brexit, but many of them decided  to return home due to the pandemic and the imposition of residency requirements and a lack of job opportunities in a post-Brexit UK. In January 2021, compared to the same period in the previous year, imports of goods from the UK into Latvia fell by €24.3 million or 83.5 per cent. Data from the Central Statistics Bureau of Latvia shows that in December 2020, the UK was Latvia’s fourth-largest export partner, while in January 2021, the UK fell to sixth place. Imports from the UK into Latvia also plummeted. In December 2020, the UK was Latvia’s tenth-largest import partner, and in January, it fell out of the top ten.

Latvia has sought complete integration with the EU with few opt-outs since its accession in 2004. This was a tactical move for the small country which has spent the last three decades rebuilding Euro-Atlantic political and economic structures. Latvia has prioritised EU, NATO and OECD integration and joined the Schengen area in 2007 and the eurozone in 2014. Around the time Latvia introduced the euro currency, the government reaffirmed their wish to avoid different integration speeds in Europe for fears that Latvia might be left behind by Western Europe. The government stated that if a multi-speed Europe were to emerge, they wish to position Latvia at the EU’s centre. In recent years Latvia has expressed opposition to some EU policies concerning the Common European Asylum System where Latvia asserted its belief that the number of asylum seekers Member States accept should be voluntary. Latvia has also been eager to prevent changes to the voting system on important EU foreign policy issues such as relations between the EU and the Russian Federation.

Latvia has been a member of the Baltic Assembly since its inception in 1990. This regional organisation coordinates cooperation between the national parliaments of Estonia, Latvia, and Lithuania so a common position on international issues such as economics, education and culture can be obtained. Latvia also maintains a strong relationship with Nordic countries and is a key member of regional intra-governmental organisations such as the Council of the Baltic Sea States (CBSS) and the NB8 (Nordic-Baltic Eight), which provide a forum for Baltic and Nordic countries to strengthen the Nordic-Baltic alliance. Latvia is also a participant in the Three Seas Initiative, a cooperation forum of 12 EU member states situated between the Baltic, Black, and Adriatic Seas.

On 12 March 2020, one day after the WHO declared COVID-19 a global pandemic, the Latvian government announced the first state of emergency. This prompt reaction to curb the spread of COVID-19 yielded much international praise for the government’s efficient pandemic policies. However, as the winter flu season approached, the second wave of COVID-19 meant that by the end of October 2020, infection rates spiked and threatened to overwhelm the health system. Latvia entered its second state of emergency at the beginning of November to help curb growing infection rates. The state of emergency was repeatedly renewed until its end on 7 April 2021. The uptake of the Covid-19 vaccine has been exceptionally low in Latvia, with only 45.5 per cent of Latvia’s population being fully vaccinated as of 30 August. This number lags far behind the rest of EU, with misinformation about the safety of the vaccines and general distrust of the government being blamed. The vaccine’s low uptake has meant that hospitalisation due to Covid-19 infections has increased recently, prompting the Health Minister to contemplate introducing new restrictions.

Latvia received the first instalment of €237 million from the EU Recovery and Resilience Facility (RRF) in early September 2021. It is due to receive €1.8 billion in total. Latvia’s Finance Minister stated that these funds will help Latvia recover from the pandemic but also aid in reaching climate goals, reducing inequality, improving health care and strengthening the rule of law.

Latvia and its two Baltic neighbours have supported the Conference on the Future of Europe, which is intended to include the voices of EU citizens to help inform the EU’s future policies. In May 2021, all three prime ministers of the Baltic states issued a joint statement in support of the Conference and urged their citizens to get involved. They hope the Baltic people would come together to promote an “ever-stronger European Union, based on the ideals of freedom, individual liberty and solidarity.” 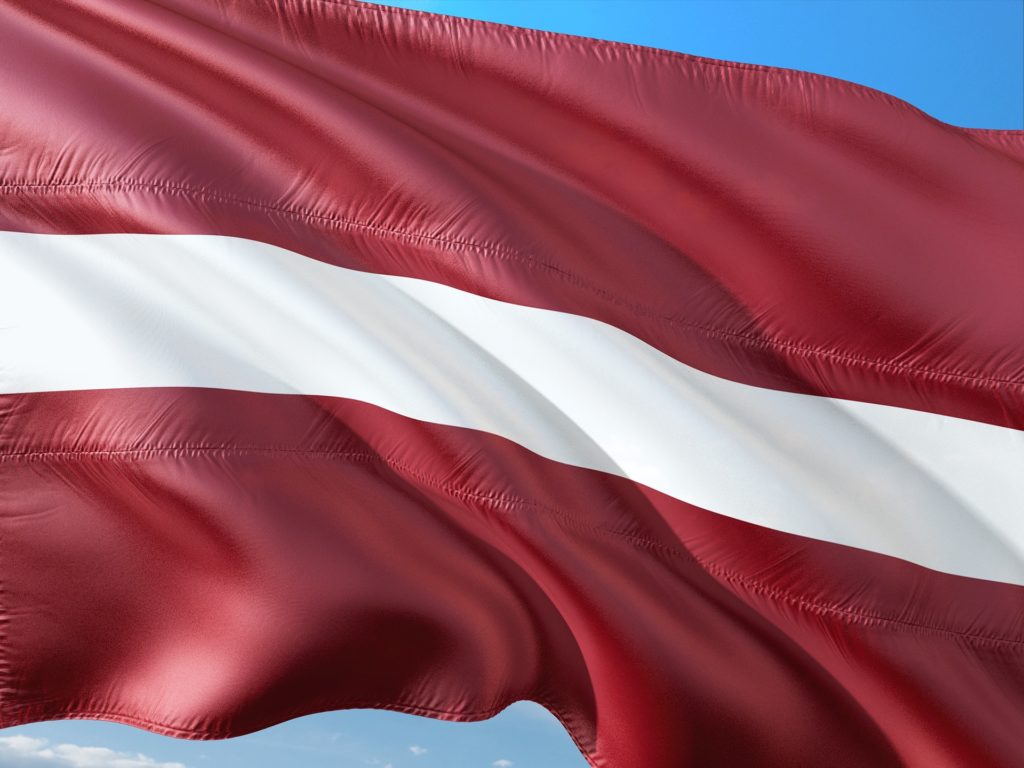