Portugal was heavily affected by the euro-crisis, leading the Portuguese government to negotiate a bail-out with the European Union, the European Central Bank and the International Monetary Fund. The Economic adjustment Program included a joint financing package of €78 billion granted upon the condition that some budgetary and macro-economic reforms were enacted (the so-called “conditionality”).

The Constitutional Court (hereafter, CC) was asked by several organs to decide on the validity of the austerity measures under the 1976 Constitution. The CC was vastly criticized for not paying due regard to the primacy of EU law and to the obligations flowing from the Treaty on Stability, Coordination and Governance, but also for grounding its decisions of unconstitutionality on principles instead of clear-cut rules.

For instance, the CC ruled out public sector workers’ pay cuts[1] and the suspension of holiday payments based on the principle of (proportional) equality (Rulings nos. 353/2012, 187/2013 and 413/2014). The principle of protection of legitimate expectations was the basis for finding the unconstitutionality of a series of measures targeting retired citizens, from the so-called “convergence” between the public and private sector pension regimes (Ruling no. 862/2013) to the special sustainability contribution (Ruling no. 575/2014). The same principle was invoked to prevent public sector workers’ “requalification”, a reform enabling the dismissal of the latter on objective grounds (Ruling no. 474/13).

Portugal took an active stance in the EU emergency schemes on migration. It received 1550 asylum seekers transiting from Italy to Greece as well as 142 Syrian citizens under the EU-Turkey Deal (OECD 2019), but the Government was available to welcome many thousands more, if needed. It is worth mentioning that the EU-Turkey deal did not receive the endorsement of the left-wing parties that supported the minority socialist government at the time.

In addition, by means of administrative decrees nos. 3863-B/2020 and 10944/2020, all migrants and asylum seekers whose requests of permanent residence were pending when the pandemic crisis started had their situation automatically settled. This has enabled them to fully enjoy the rights to social security, health, and adequate housing.

The Portuguese Presidency of the Council of the European Union (January-June 2021) was unsuccessful in its efforts to conclude the New Pact on migration and asylum.

The Portuguese Government adopted a highly pragmatic (and criticized) stance during the negotiations of the EU COVID recovery instrument (July 2020), claiming that the observance of the rule of law should not be a condition for receiving the recovery funds. However, Portugal upheld Regulation 2020/2092, of 16 December 2020, on a general regime of conditionality for the protection of the Union budget.

Portugal has fully endorsed the EU position vis-a-vis Brexit. In fact, some data suggests that Brexit has been instrumental in the decline of Euroscepticism in Portugal, which was on the rise in the aftermath of the financial crisis.

Around 35 000 UK citizens live in Portugal and 271 000 Portuguese citizens are residents in the UK. In 2019, about 17% of real estate businesses located in Portugal involved UK citizens or companies. The UK ranks 5th in terms of foreign direct investment (AICEP 2021). Migration of Portuguese citizens to the UK is expected to decline following Brexit, but the impact on tourism (leaving aside COVID 19) remains low.

The Author is not aware of any opt-out from EU law by Portugal. On the contrary, Portugal is a member of the Eurozone and of the Schengen area. Plus, it also joined the permanent structured cooperation in the area of security and defense policy (PESCO) and took part in the enhanced cooperation on the establishment of the European Public Prosecutor’s Office (the EPPO)[2].

Portugal concluded with Spain an international agreement for the creation of MIBEL (Iberian Electricity Market)[3], enabling thereafter any electricity seller to buy electricity from any electricity producer and to sell it to consumers in both countries.

Portugal is a unitary partially regional state, as the 1976 Constitution is premised on the respect of the two autonomous regions’ (Madeira and Azores) system of self-government (article 6 of the Constitution). In fact, autonomous regions are granted legislative autonomy (articles 227 e 228) in all matters that are set out in the respective political and administrative statutes and do not fall within the exclusive competence of the entities that exercise sovereignty.

This includes the competence to transpose EU directives via regional decree-laws (eg. CC’s Ruling no. 423/2008). Recently, in Ruling no. 424/2020, the CC held unconstitutional a COVID-19 regulation issued by the Azores’ regional government imposing compulsory confinement for 14 days to all persons landing on the island, owing to the fact that the Regions’ legislative autonomy does not encompass limitation of constitutional rights.

Portugal was deeply impacted by the second wave of the COVID 19 pandemic. The legal response to the health crisis comprised two periods of state of emergency (March-May 2020, January-April 2021), the sole scenario where (certain) constitutional rights can be suspended. Once the state of emergency ceased, the Supreme Administrative Court was asked to review the validity of a series of governmental regulations imposing prophylactic isolation (Ruling of 24.08.2021), sanitary barriers around metropolitan areas (Ruling of 27.06.2021) and limitation of public gatherings (Ruling of 10.09.2020).

The vaccination campaign was a remarkable achievement. At the time of writing, Portugal has 81,5% of its population fully vaccinated, and 86% with at least one dose.

The Portuguese Recovery and Resilience plan was approved on June 16, 2021. Portugal will receive a total of about €16.6 billion to finance its recovery plan. 61% of the funds are allocated to resilience, 21% to climate change and 18% to digital transition. Information on the implementation of the Plan is available at the platform “Mais transparência”.

The Portuguese Presidency of the Council re-ignited the calls in favor of the Conference on the future of Europe. The Joint Declaration, entitled “Engaging with citizens for democracy – Building a more resilient Europe”, was signed by the prime minister Antonio Costa on behalf of the Council.

[3] The international agreement was signed in Santiago de Compostela on October 1, 2004, then revised in Braga on January 18, 2008. 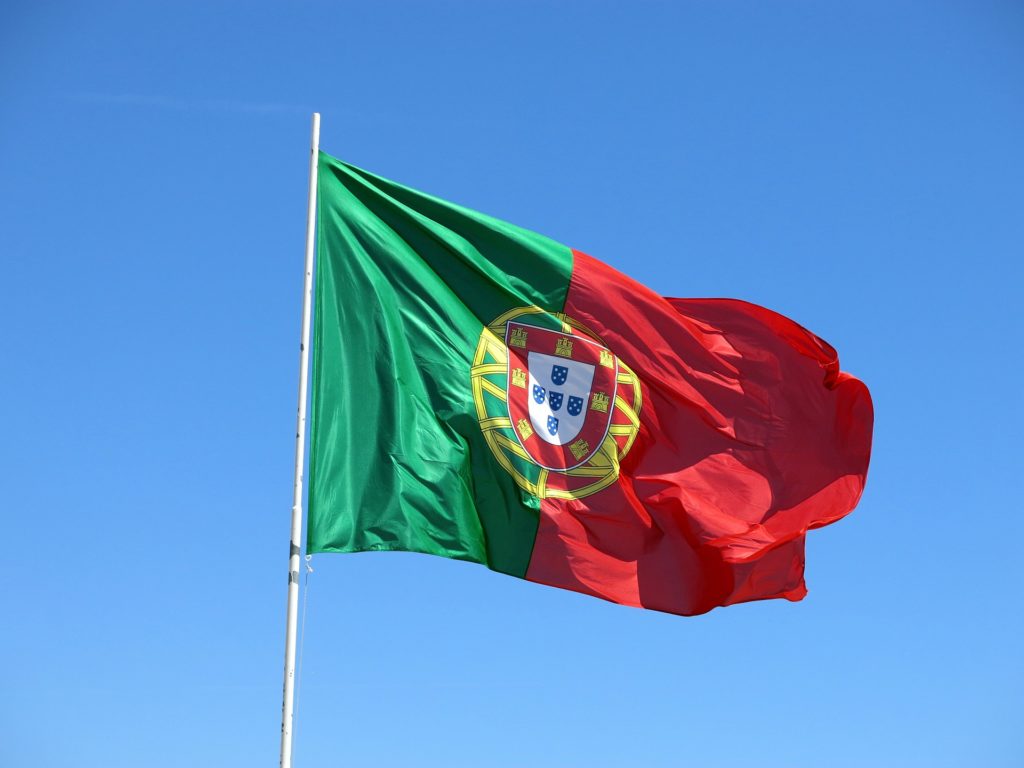