The first of the “modern” crises to hit Europe, the Eurozone crisis, highlighted the activism of the French executive at the European level. But, if France has largely participated in the adoption of new practices and texts in European Union (notably the ESM Treaty of 2012 and the TSCG Treaty, also of 2012), their adoption at national level has given rise to numerous political debates. The TSCG Treaty also benefited from great goodwill by the French Constitutional council (n° 2012-653 DC). This political activism has not gone so far as to reduce the budget deficit of France: for France the so called “règle d’or” (balanced budget rule) remains a formal and not a substantial rule.

The issue of extra-European migration is particularly sensitive in France for historical reasons (the constitutional right of asylum, the French constitutional Preamble of 1946, article 53-1 French Constitution – inherited from the French Revolution, and the migration from former French colonies…). This point has political repercussions that have turned migration issues into an anti-European theme (“Europe Passoire”), notably through the idea of national security (against the Dublin Regulation on asylum, and the rulings of the CJEU and the European CHR). The terrorist attacks in France have strengthened this kind of contestation.

According to France’s official position, the rule of law must be respected in all EU member states. “It is simple: no rule of law, zero euros”, French president Emmanuel Macron  said in July 2020 on the question of a conditionality mechanism for the payment (or not) of EU funds to EU member states violating the values of Europe (the rule of law and fundamental rights). Concerning the European recovery plan, “we will not give up on the rule of law mechanism” said Clément Beaune, Secretary of state for European affairs, in November 2020.

France is one of the EU countries most affected by Brexit whether for economic reasons (exports, GDP growth), for human rights reasons (French residents in the UK and British residents in France for example) or for political reasons. With Brexit, France is now the only major military power in the EU. Far from empowering France, this new situation seems to isolate the country within Europe and create new tensions against the EU as far as the military budget or military statute are concerned (CJEU, B.K., 2021, C-742/19 for example).

France is a founding member of the European Communities, in such capacity is one of the five countries which signed the agreement of 14 June 1985 on the gradual abolition of checks at their internal borders (Schengen Agreement).

Therefore, since 1995 the country is member of Schengen area in accordance with the rules laid down by the Convention implementing the Agreement (The Schengen Acquis). However the French overseas departments and regions are not part of this Schengen Area as well as other local municipalities and territories located overseas like French Polynesia or New Caledonia. Concerning the area of freedom, security and justice France has opted to participate in the European Public Prosecutor’s Office from the launch of this enhanced cooperation.

In November 2020, the French President said that he wants an overhaul of the Schengen Agreement.

In the field of EMU, France has used the euro since the beginnings of the eurozone. France also joined the Permanent Structured Cooperation (PESCO) in the area of security and defense policy established by the Council in December 2017.

The Treaty on Franco-German Friendship (Élysée Treaty), signed on 1963 is the foundation of a special relationship between the two countries. Several fields are concerned: defence and security, economy and finance. Since 2003 the annual Franco-German Council of Ministers meets in on an alternating basis in France and Germany. On the occasion of the 45th anniversary, the Treaty on Franco-German Cooperation and Integration (Treaty of Aachen), was signed in 2019. In particular, the Franco-German Parliamentary Assembly made up of 50 French and 50 German members of parliament was created in March 2019 and a Cross-Border Cooperation Committee was instituted in 2020.

France has two kinds of overseas territories. On one hand, for some of them the application of EU Law is a general rule (outermost regions, art. 349 TFEU), but on other hand, special arrangements for association shall apply to overseas countries and territories of France (art. 355 TFEU).

France is contiguous with two microstates (Andorra, Monaco) These principalities use the euro, and apply some parts of the Schengen Agreement. Monaco is part of the European customs territory, but Andorra merely benefits from most favoured nation status. Furthermore since 2015 the EU has engaged in negotiations  with these microstates to establish Association Agreements.

France declared a public health state of emergency with the law of 23 march 2020. Its main provisions were: lockdown measures, a delay of the second round of local elections from March to June, Parliament’s authorization of the Government to take measures by Ordinance that are normally within the scope of the law, and an open chequebook policy for many economic sectors, which saw French businesses given €27 billion in 2020 alone. The largest wave of infection was seen in spring 2020 and gave rise to as many as 32,000 hospitalizations (14 April) and circa 27,000 deaths from 10 March to 8 May 2020. The legal framework changed over time through several revisions up until the law of 5 August 2021 about management of health crisis. A health pass became compulsory in many situations (to work, to attend shows, to travel…). As of 1 September, France hit 48 million vaccinated (72% of the population).

France is set to receive a total of about 39,4 billion euros in community aid to finance its recovery plan, which will mobilize overall 100 billion (€30BN to speed up the greening of the economy, €34BN to improve competitiveness, and €36BN in favor of social and territorial cohesion).

In September 2017, French President Emmanuel Macron called for a new vision for the European Union at Sorbonne University (Initiative for Europe). Even though France has played a key role in this initiative, it was only on 2 September 2021 that her public authorities finally launched the citizens’ debates in 18 regions, after the “Conference on the Future of Europe” started more than year later than originally planned (on 9 May 2021). 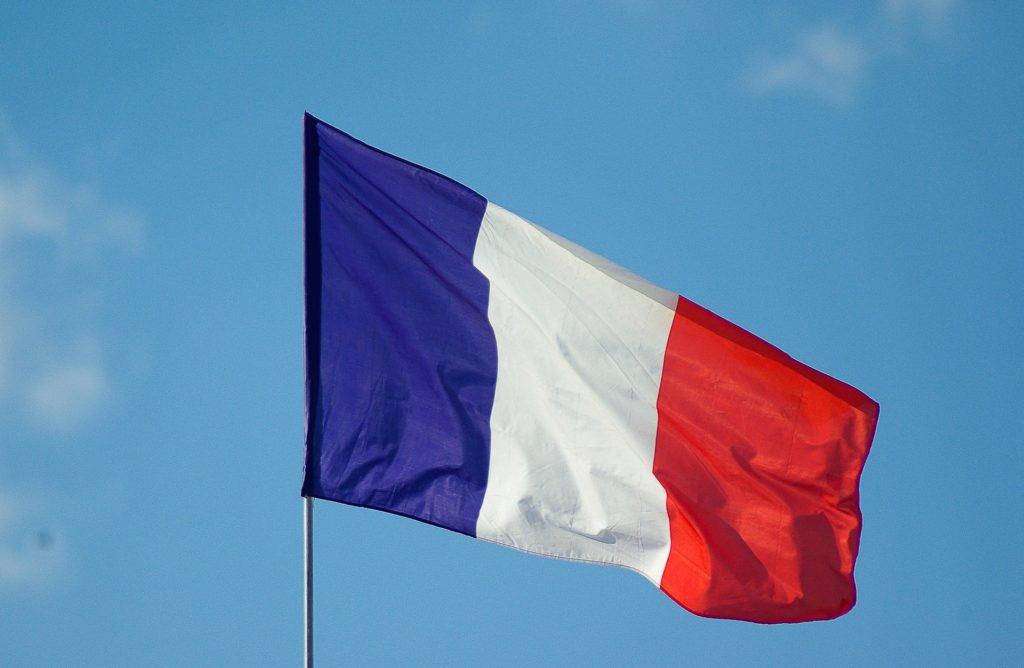