Germany played a significant role in the Euro-crisis as the European Union’s largest economy and economic leader within the Eurozone. When things went awry in Greece’s economy, Berlin insisted that this was a ‘national problem’ that needed to be dealt with by the Greek government. However, as a ‘Grexit’ became a more probable option and under intense pressure from fellow Member States, Berlin repositioned itself and declared its general willingness to lend multilateral support. Subsequently, the German government used its influence in the European Union to play a crucial role in shaping the bailout for the southern European Member States and designing the attached stringent reform requirements. The German government has since then remained an advocate of financial austerity for the aid-receiving countries. Concerning the highly disputed Eurobonds, Germany, together with other MS such as the Netherlands, acted as a veto player in the Council to block any move towards it. The then Finance Minister, Wolfgang Schaeuble, was an outspoken opponent of any debt mutualisation within the EU.

Regarding the European Central Bank (ECB) and its quantitative easing program announced by ECB President Mario Draghi in 2015, the German chancellor backed the course of the ECB and, together with France, declared the Euro as indispensable for the EU. However, the ECB’s quantitative easing program was highly disputed within Germany’s highest economic circles and led to several resignations by German economists from the ECB board.

On a judicial level, the Euro-crisis still reverberates within the German legal system. A group of politicians challenged the legal basis of the ECB’s quantitative easing program at the German Bundesverfassungsgericht (“BVerfG”) and was partly successful with it. The BVerfG issued a request for a preliminary ruling to the Court of Justice of the European Union (“CJEU”). However, after the CJEU found that the ECB had acted within its mandate, the BVerfG was not satisfied and declared the CJEU’s ruling as not fully applicable in Germany under the so-called ‘ultra vires’ doctrine. The aftermath of the BverfG’s Weiss ruling led to a legal uproar within the EU (see here, and here), as it fell in a time in which the rule of law is under pressure in several Member States. This culminated in an infringement proceeding by the European Commission (“Commission”) against Germany for the BVerfG ruling, which led to a backlash in Germany’s legal scene, where the Commission was criticised for a legal proceeding aiming to restrict the competence of the German BVerfG. The former President of the BVerfG, Andreas Voßkuhle, accused the European Union and the Court of Justice of a covert centralisation of competencies at the EU level and a hidden orchestration of that process by the EU institutions.

Germany was one of the Member States with the most significant intake of migrants (890.000 registered migrants in 2015) during the migration crisis. While many other Member States were resistant towards taking in the civil war refugees coming from Syria, Germany – mainly by a decision of chancellor Merkel in September 2015 – did not close its borders and welcomed many refugees. In a famous statement, the German chancellor animated the country to take the migration crisis as an opportunity (“wir schaffen das”). However, in the aftermath, the German chancellor faced increasing criticism for her decision to keep borders open to refugees. To relieve Germany from the immense migration pressure, the German chancellor, together with the EU, subsequently brokered the EU-Turkey Deal. Since then, Germany has been actively engaged in a reform of the Dublin system, unsuccessfully. Furthermore, the German Minister of the Interior (Horst Seehofer) has proposed to reform the EU’s asylum system and support the modernisation process of the Pact on Migration and Asylum.

Germany is aligned with the institutional response by the Commission and with the CJEU rulings on Hungary and Poland. However, at the same time, the German government did not seek an active role in advancing the Article 7 procedure and has been criticised for its passivity. However, some German political personalities did take a more active role. In early 2019, the German Foreign Minister (Heiko Maas) and his Belgian counterpart (Didier Reynders, now the EU Commissioner for Justice) proposed a peer-review mechanism on the rule of law, which was subsequently integrated within the Commission’s rule of law framework. Some German MEPs in the European Parliament (“EP”) have been very vocal on the rule of law crisis (Katarina Barley, Daniel Freund, Moritz Körner) as well as a State Secretary in the German Ministry for Foreign Affairs (Michael Roth). During Germany’s Council Presidency in the second half of 2020, the German ambassador to the EU showed leadership by brokering a Conditionality Regulation in the Trilogues meeting between Parliament and Council. Regulation (EU, Euratom) 2020/2092 was subsequently enacted during Germany’s Council Presidency.

Germany fully supported the EU position during the Brexit negotiations. Initially, it was thought that the significant exposure of the German car industry would allow Britain to gain bilateral concessions from Germany. However, this did not materialise, and the German government supported the EU’s chief negotiator Michel Barnier in all his actions.

The author is not aware of any opt-out from EU law by Germany. As one of the founding EU Member States, Germany has only occasionally pursued a different position in the process of European integration. The main parties (CDU, SPD, Greens, FDP) are all pro-European integration, differentiated by nuances.

Germany is part of the Schengen Area. However, in the recent COVID19 pandemic and during the migration crisis, Germany sought an exception to reintroduce border controls. This has not been well received in Brussels, and the Commission urged Germany to comply with the Schengen code.

Germany is a participating country of the European Public Prosecutor’s Office (EPPO).

Germany is not participating in any of the different – or labelled – interests groups composed by the EU Member States. However, Germany has always sought a close relationship with France, which the Aachen Treaty recently reinforced in January 2020. The Franco-German alliance in Europe has often been described as the motor of European integration. Regarding fiscal policy, Germany is aligned with the Nordics, favouring a rather austere budgetary policy for all Member States. However, in all other areas, Germany seeks alliance with its long-time ally France, Italy, or the Benelux countries. Due to its size and power, Germany does not necessarily need to seek allies actively but instead can form an independent position that the other Member States might sign up to.

Germany does not have any overseas territories since the formation of the Republic in 1918. On a more general level, Germany is, by its history, a strongly federalist governed State. Many policy competencies still reside at the regional and local level, and there is an ongoing discussion about the advantages and disadvantages of federalism for Germany. This has been specifically visible in the COVID19 pandemic, where the central government had to rely on regional states to implement a coordinated policy response.

Germany is not contiguous with any microstate within Europe.

The author is unaware of any relationship with disputed countries or territories.

Germany was not so strongly affected by the first wave of the COVID19 pandemic. However, this changed with the second and third waves. As a result, Germany’s GDP slid by 5.0% due to the pandemic in 2020. Only a massive national stimulus program allowed it to mitigate further effects of this GDP contraction. The EU Recovery Fund was a joint initiative by the French President and the German Chancellor on the European level. With the Recovery Fund, Germany left its initial position as an austerity champion in the EU and proposed a European stimulus for all Member States. This also marked a departure from the German position on debt mutualisation in the EU. The Recovery Fund creates a de-facto debt mutualisation and allows the European Union for the first time to issue joint debt.

Germany received approval from the Commission for a recovery package worth €25.6 billion on 2nd June 2021. This fund will help transform the German economy following the devastating effects of the pandemic towards a green and digital future.

Germany has not taken a strong position on the reform efforts via the Conference on the Future of Europe (“CoFoE”). Instead, the German government’s approach has been somewhat muted. Also, the public engagement for CoFoE has not sparked outside Europhile circles. It will depend on the composition of the next German government (after the election  on 26 September 2021) whether Germany will take a lead role in the Conference. 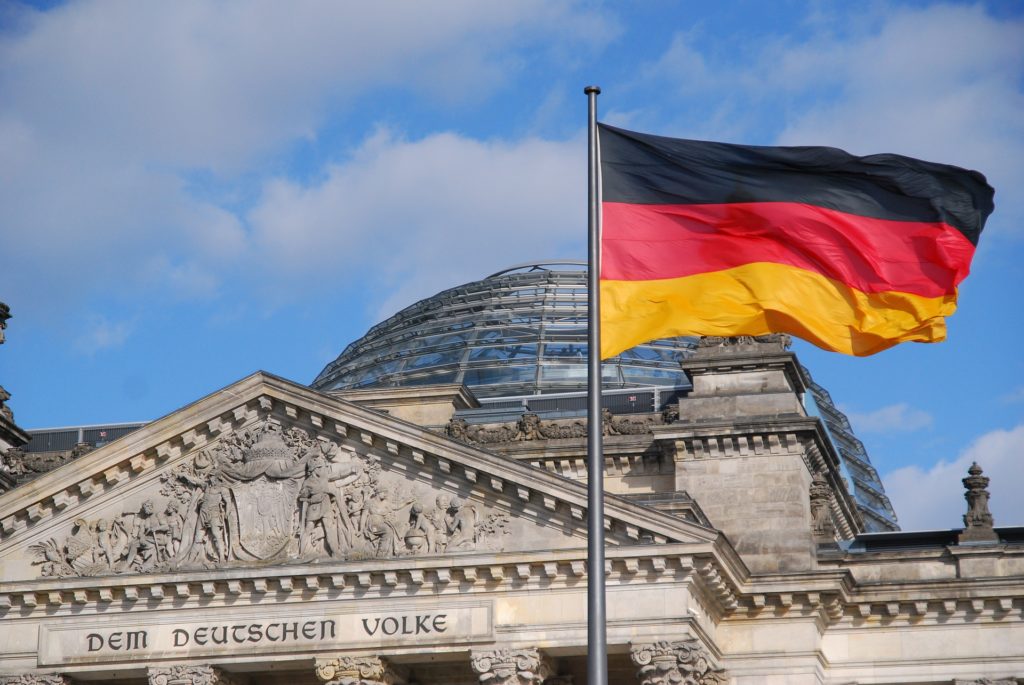