The Czech economy is one of the most open and export-dependent economies in the European Union, so the impact of the crisis was relatively fast and hard in 2009, primarily due to the decrease of external demand. The country lost 4.7% of its GDP that year. The economy returned to growth in 2010 when it grew by 2.4%, but the recession took a “W” shape, and the economy slipped to decrease in 2012, with the GDP loss of 0.8%. In 2013, the economy was stagnant, and then it started growing rapidly, surpassing 5% growth in 2015 and 2017.

There was also an impact on public finances. The budget deficit was 5.8% in 2009, and until 2012 the deficits were over 3%. Yet, these budget deficits did not have a considerable effect on public finances, as the Czech Republic entered the crisis with low public debt – less than 30% of its GDP in 2008. The debt peaked at 45% of GDP in 2013, but then decreased proportionally to the GDP due to expansion of the economy.

The number of people seeking refuge in the Czech Republic during the so-called migration crisis was minimal. Yet, the topic of migration had a substantial impact on Czech politics on various occasions.

First, during the debate on asylum quotas in 2015, Czechia, together with Slovakia, Hungary, and Romania, voted against the mechanism proposed by the European Commission and these countries were outvoted in the Council. This was framed very negatively by most of the political parties and the media. Some parties (such as ODS, KSČM, and Úsvit) spoke about the breach of the sovereignty principle[1]. Despite being challenged before the CJEU, the Czech Republic never changed its approach and never came to accept its share of asylum seekers. In 2020, the CJEU found the country in non-compliance to the temporary mechanism for the relocation of applicants for international protection and thus in violation of its obligations under the European Union law (ruling in the case number C-719/17).

Second, migration was also a major topic of the 2018 presidential election campaign, where it was used by president Miloš Zeman in his bid for re-election. One of the examples in this regard was the use of billboards showing Zeman and bearing the message “STOP IMMIGRANTS AND DRAHOŠ TOO” (Drahoš was Zeman’s opponent in the election). There is a general agreement that the migration topic impacted the outcome of the election, where Zeman was eventually re-elected.

As this report is being written, the Czech Republic is amidst a parliamentary election campaign. The election is to take place in October 2021, and the topic of migration is still present in the campaign, professed mainly by the populist government party of ANO led by Andrej Babiš and the far-right party of SPD led by Tomio Okamura.

Czechia is not a party in the EU procedures that have been initiated against Hungary and Poland. At the same time, the Czech government is not publicly criticising either of these countries. The most visible example of this attitude was when the Czech PM Babiš refused to sign an open letter criticising the new controversial Hungarian anti-LGBT law that was subject to wide condemnation by most EU member states and their leaders.

EU institutions often criticise prime minister Babiš himself due to his conflict of interest. The prime minister is one of the wealthiest people in Czechia, running most of his business in agriculture. An EU audit has found misuse of agricultural funds by Babiš[2] and his companies and the problem has also been discussed in the European parliament, resulting in the adoption of a resolution in June 2021 stating that there was a conflict of interest[3]. The Czech government later rejected the resolution, saying that only the court could decide on this matter[4].

Brexit caused many changes in the EU, especially for the Czech Republic. Czechia had a similarly cautious approach to deeper EU integration as the United Kingdom. The exit of the UK thus caused integration pressures within the EU that Czechia is not prepared to meet. An example could be euro adoption. All the major EU countries already have the euro, and it was the United Kingdom that hampered efforts to promote the general adoption of the euro as a single European currency. Czechia will have to look for a solid new partner to share its view of the EU. The exit of Great Britain may in the future mean a weakening of the Czech Republic’s position in the EU and its gradual marginalisation.

Overall, the lengthy Brexit negotiations had an advantage for Czechia. Direct trade between the Czech Republic and Britain is not very significant (the UK accounted for a 5.5 % share of Czechia’s exports and 3.2 % of its imports[5]), so Brexit did not hit the Czech economy hard. Most companies were able to prepare for the UK exit during the negotiation and transition period.

With monitoring changes concerning Brexit, it is currently essential to pay attention to Czech (as well as other European) citizens. Under the EU-UK Withdrawal Agreement, EU, EEA, and Swiss citizens who started living in the UK by 31 December 2020 could apply for established status by 30 June 2021. This guarantees them a lifelong opportunity to stay in the United Kingdom, including unlimited travel and return to the country. The status of an established person can also apply to 50 to 70 thousand citizens of the Czech Republic. The first months after Brexit did not lead to mass returns of Czech citizens, and the status of a settled person brings an advantageous position guaranteed by international obligations. Other Czech citizens must undergo a standard immigration check when entering the United Kingdom.

Like other states of the Eastern enlargement, the Czech Republic had promised to become part of the Eurozone during the pre-accession talks. Up until now, no significant steps have been made, nor has there been serious debate over accepting the euro as currency, despite the fact that at least since 2015 the country would meet most of the Maastricht criteria.

Former president Václav Klaus, one of the critical figures of Czech politics, was a strong opponent of the common currency[6], and so were some other influential Czech politicians. The result was the meagre support of the Czech public for the euro, ranging between 20% and 27% in 2015-2020. In fact, the 2021 Eurobarometer survey has shown a rapid increase of support to 40%[7] that is now perceived more as an anchor for the small Czech economy. However, it is open to question how long this unexpected support for the common currency will last.

The country is part of the Visegrad Group (V4) since 1993, having entered the European Union together with other V4 members – Poland, Hungary, and Slovakia in 2004. Although the V4 has existed for almost three decades, the level of cooperation has varied over time. The countries tried to coordinate their pre-accession steps to the EU within the platform, yet the V4 was not really an essential regional player for a decade after the accession. however, with the emergence of the migration crisis in 2015, the countries started to cooperate more closely with migration at the centre of their shared agenda[8]. Three of the V4 countries – Czechia, Slovakia, and Hungary – were against the relocation mechanism (see above), while Poland voted in favour but never applied it in practice. The CJEU thus concluded in 2020 that Poland, Czechia, and Hungary failed to meet their obligations arising from the EU membership (Slovakia was left out of the procedure as it relocated 16 persons, far less than the expected number).

Overall, the V4 cooperation scheme can be a (significant) regional mechanism as such. Yet to fully realise its potential, there is a necessity of high-level convergence of national interests of the Visegrad member states[9], that so far has been witnessed in only some topics, but not on a large scale, and not in a long-term perspective.

The Czech reaction to the Covid-19 pandemic was miserable at first. The government thought that it would handle the whole situation on its own and saw a solution in the complete closure of the Czech Republic. At the beginning of March 2020, it was even one of the first countries to ban the export of personal protective equipment, which affected many Czech partners and production chains throughout Europe. This was a symbolic step, with the Czech government led by Andrej Babiš sending a signal that it was not a big supporter of the European Union and its cooperation. The European Commission at that time criticised the ban on the export of personal protective equipment[10].

Although Czechia managed well the first wave of Covid-19 in the spring of 2020, autumn of 2020 and the spring of 2021 turned out very badly. Czechia even suddenly asked for help from both the European Union and its member states. The country did not have enough medical supplies and doctors, and in March 2021, it even had a shortage of vacant hospital beds. The Czech government was very grateful for the help. The help of EU partners reduced the adverse effects of the pandemic in the Czech Republic.

The European Commission approved the National Recovery Plan in July 2021. However, its preparation in the Czech Republic was relatively chaotic. In the case of the Czech Republic, the plan is made up of ad hoc projects rather than a comprehensive reform that would change the structure of the Czech economy. The Recovery Plan thus serves far more as closing the budget holes caused by the pandemic than an opportunity to strengthen the country’s competitiveness. The most significant part of the plan is devoted to new infrastructure projects. The European Union institutions are conducting proceedings with the Prime Minister of the Czech Republic addressing the possible conflict of interest in drawing European subsidies. It is, therefore, not unlikely that this condition was put into all National Recovery plans in part because of the problems of the Czech Prime Minister[11].

The Conference on the Future of Europe is not in any particular manner promoted in the Czech Republic. There are several reasons for this. The current government is not mainly in favour of the European Union and, on the contrary, tends to move unpopular decisions to Brussels. In addition, Prime Minister Andrej Babiš himself has been arguing with the Brussels administration for many months about his conflict of interest and possible fraud in using European subsidies. The government does not see it as in its interest to promote the European Union and discus its future. The Office of the Government of the Czech Republic does not have any subpage on the Conference on the Future of Europe on its website, not even in the Section for European Affairs[12].

Another reason is the fact that parliamentary elections will take place in the Czech Republic in October 2021. Political parties have thus devoted all their attention in this direction. There is generally little interest of Czech citizens in the European Union, so the future of Europe has been largely ignored in the political programs and debates before the elections. If something is already being debated in the Czech Republic within the European agenda, then it is the upcoming Czech presidency of the Council of the EU in the latter half of 2022. However, even this is relatively overlooked, and the government itself has not started significantly preparing for it yet. 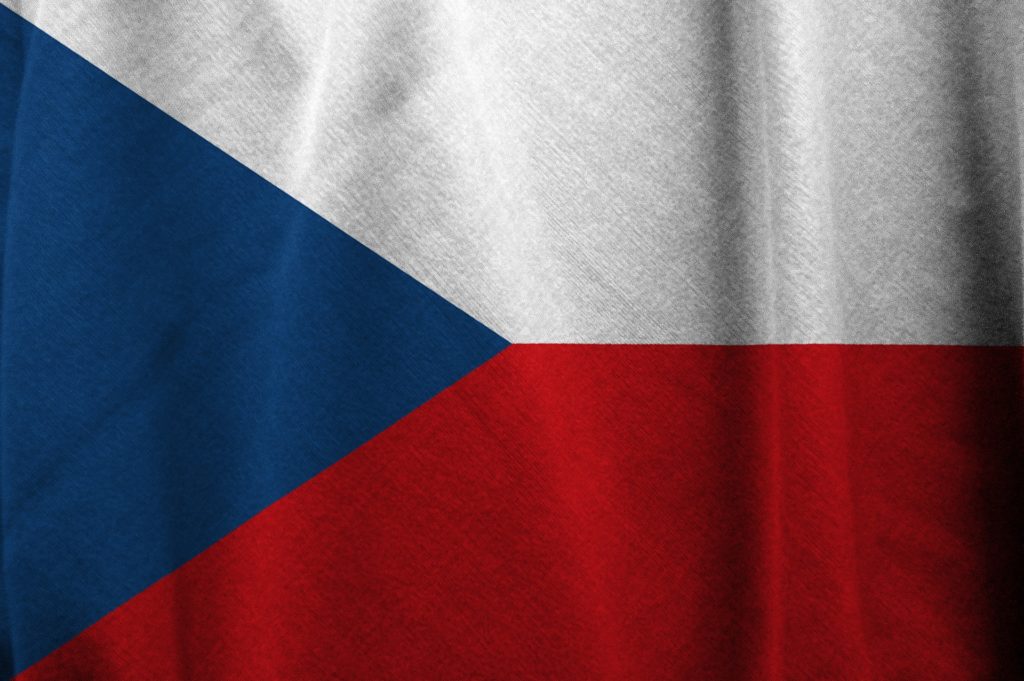