The Euro-crisis did not have the same devastating effect on the Polish economy as it did in other EU member states. As then-Prime Minister Donald Tusk advertised, Poland became ‘a green island’, remaining one of the few economies with (limited) growth.[1] Poland was kept afloat by the economic incentives of the EU enlargement, especially increased investments, modernisation of the economy, EU structural funds transfers and the opening of EU markets for agricultural produce that all resulted in increased consumption.

The migration crisis did not physically concern Poland, as refugees and migrants never appeared on the country’s soil in significant numbers. However, it had a profound symbolic meaning for society and domestic politics. The Eurosceptic and right-wing Law and Justice (PiS) party utilised anti-immigrant and Islamophobic narratives to sow fear over migrants coming to Poland, strengthening its position as saviour of the nation from this threat.[2] This was a major factor in the 2015 parliamentary election, giving the United Right coalition (comprising PiS and two smaller parties – Agreement and United Poland) a strong majority in parliament. The migration crisis contributed to PiS’s narrative of a weak and failing EU unable to deal with crises. The party and its leadership saw the best response as being a strong nation-state in a reconstituted Union.[3] In terms of policy, the Polish government fiercely opposed the quota system for relocation of refugees within the EU, cooperating with other governments in the region to topple the legislation.

Almost immediately after coming to power, the PiS government launched a judicial overhaul – fulfilling one of its key electoral promises. The initial reforms to the Constitutional Tribunal and public service broadcasters drew the EU’s attention, leading to an investigation into rule of law violations initiated in 2016. This began a (still unfolding) saga resulting in article 7 of the Treaty on European Union being triggered against Poland.[4] Despite large-scale protests in the country and the EU’s (admittedly indecisive) stance, in 2017 the government proposed reforms to the Polish judicial system. The aim was, as Wojciech Sadurski claims, to dismantle the checks-and-balances system and create a new disciplinary regime allowing judges to be sanctioned based on the content of their rulings.[5] This led to a series of cases brought to the ECJ.[6] The government was, however, able to withstand the pressure from the EU, partly through a tactical alliance with Hungary, which committed similar violations. The rule of law crisis and Poland’s role in it contributed greatly to a growing polarisation of opinions in the domestic arena regarding European integration, where most opposition parties were strongly pro-European, versus an increasingly Eurosceptic PiS and United Right coalition. This, according to scholars, led to politicisation of European integration in Poland, locating the EU in the heart of political conflicts.[7] The crisis also led to the EU initiating rule of law conditionality that linked the protection of its fundamental principles with funds – most visibly in debates on the Recovery Fund.

The Brexit crisis is particularly important for Poland, and especially its ruling party. In 2009, PiS formed a moderate Eurosceptic party group in the European Parliament with the British Conservative Party – European Conservatives and Reformists. This alliance was more than a strategic move within the EP – it showed an ideological affinity when it comes to visions of the EU and its future developments. Hence the Brexit referendum and its aftermath left PiS abandoned in the European arena and stripped of a key ally in the EU political game.[8] Additionally, as after 2004 the UK became the main immigration destination for Polish workers, it became a political issue to secure their status after the departure from the EU.

Poland joined the EU in 2004 and underwent an enlargement process guided by a “no derogation” principle – meaning you take all or nothing, without cherry picking or differentiation. Taking all meant accepting the proverbial (then) 70,000 pages of EU legislation that the country’s elites presented, in a nutshell, as a road to a civilisational leap forward. Even then, certain political forces claimed that not all the integration achievements were favourable for Poland. The accession negotiations gave Poland several temporal exemptions from the EU legislation (the longest – until 2017 – within environmental policy). The country also did not initially meet the convergence criteria for joining the Eurozone. The first debate about opting out from some of the integration achievements ensued in Poland during the preparation of the Lisbon Treaty. The country was governed by PiS during the key period of negotiations of the Treaty and the conservative formation expressed strong reservations regarding the EU Charter for Fundamental Rights. This resulted – after difficult negotiations over the Treaty itself – in Poland taking an “opt-out” from the Charter.

Between 2007 and 2015, when Poland was governed by the strongly pro-European Civic Platform – it gravitated toward the core of the EU – choosing to, for instance, voluntarily comply with Eurozone-designed legislation. Since 2015, there has been more tendency to treat differentiation as a useful option. PiS strongly opposes joining the Eurozone and tends to treat it as more permanent and long-term solution rather than as a temporary one, as it had originally seemed.[9] The Polish government decided not to join the European Public Prosecutor’s Office but decided at the very last minute to join the Permanent Structured Cooperation (PESCO).[10]

It should be noted, however, that both PiS and its coalition (with the exception of United Poland, a minor but strongly Euroreject party) as well as pro-European opposition parties have a similarly negative perception of the models of differentiated Union. Both sides reject differentiation as a model of integration because they see it as a mean to further peripheralise the country and as an ultimate existential threat. The solutions to these negatively perceived trends within the EU – especially creating a core countries group based on the Eurozone – are different for these groups. PiS tends to build coalitions of the willing to push for a more sovereignist, intergovernmental model of integration stressing the role of the Single Market as an antidote to increased differentiation.[11] The opposition parties rather tend to suggest closer integration, including fast accession to the Eurozone.

At the same time, Poland energetically collaborates with Central and Eastern European partner countries, both in the Visegrad Group, a useful forum for negotiating a common stance in key voting in the Council of the EU, and in such regional schemes as the Three Seas Initiative.

The COVID-19 pandemic has hit Poland hard; it had one of the highest excess death rates in the EU in 2020. The government’s initially strong and decisive response during the first wave of infections in spring 2020 resulted in strong fatigue of society and falling support for the government. This in turn resulted in delayed and only partial lockdowns during subsequent waves, causing a massive death toll, putting the public health system on the verge of collapse, and revealing the weakness of the state’s vital capabilities. The government has been playing its usual (and successful) blame game with the EU, stressing all its alleged misconduct during the pandemic, especially highlighting delays in early delivery of vaccines and personal protective equipment for medics.

Simultaneously, the PiS government saw an opportunity in the EU’s proposals to create a Recovery Fund and distribute it among member states. Prime Minister Mateusz Morawiecki announced support for Next Generation EU and allied with the countries of southern Europe, led by France and Italy, pushing for more spending.[12] Poland therefore sided with supporters of the Fund against the “Frugal Four plus” group. During the negotiations, however, the rule of law crisis became a key problem for the PiS government. With strong support from the European Parliament, the European Commission pushed to include rule of law conditionality in the Next Generation EU regulations. Morawiecki’s government – supportive of the deal – had to contend with domestic opposition from the minor coalition partner United Poland, which opposed a deal. Poland ultimately agreed, in December 2020, on a financial perspective taking the promise of watered-down conditionality. It remains to be seen how – with the ECJ’s unfavourable ruling on another aspect of judicial reform in Poland[13] – that conditionality will be implemented and what the government’s response will be.

The Conference on the Future of Europe attracted some attention among political actors in Poland, revealing existing patterns of political debate on the future of Europe.[14] The opposition parties and especially Senate (where opposition parties have a majority) took an active position within the Conference, perceiving it as an option to initiate a debate on the future of European integration in Polish society. PiS, on the other hand, was initially using the ECR group to push for its vision of European integration in the European agora. In July 2021 however Jarosław Kaczyński – the PiS leader – signed a declaration of future of Europe together with right-wing parties from 16 member states including France’s Rassemblement National, Spain’s Vox, Hungary’s Fidesz and Italy’s Lega making another move to align with radical right-wing parties on European arena. In that declaration these actors specifically aimed at having their views heard during the Conference on the Future of Europe.[15]

[2] Michał Krzyżanowski (2018) “Discursive Shifts in Ethno-Nationalist Politics: On Politicization and Mediatization of the “Refugee Crisis” in Poland”, Journal of Immigrant & Refugee Studies, 16:1-2, 76-96. 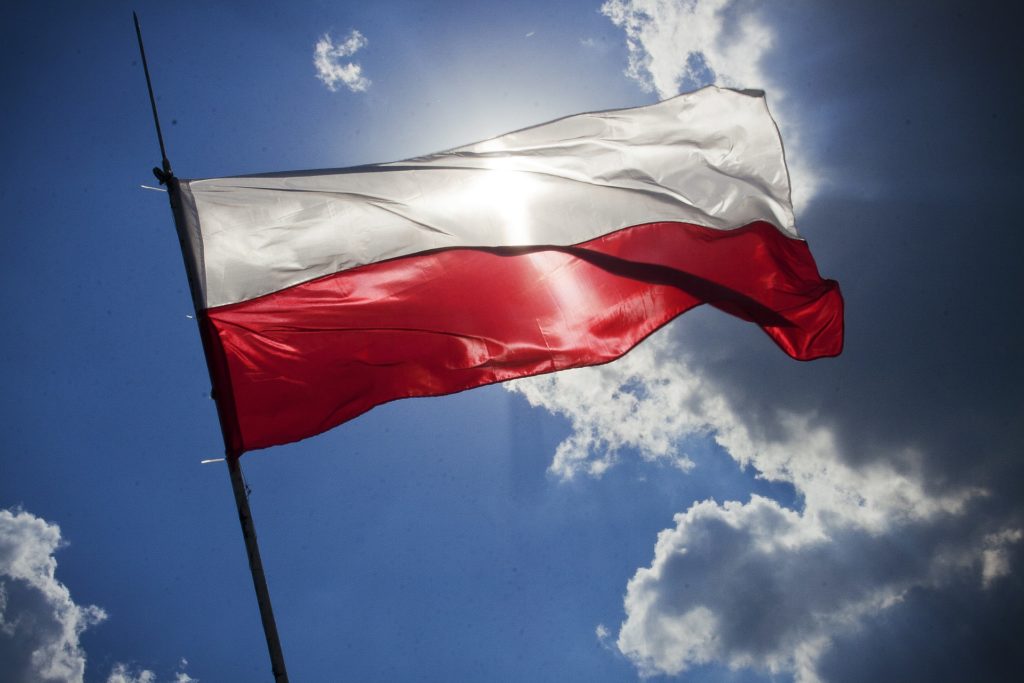