Brexit and the Rights of EU Citizenship

From the earliest days of European integration in the postwar period, free movement – of goods, services, capital and people – has been one of the core values and aspirations of the European project. The idea of common European rights, including ultimately a common European citizenship, has also always been part of the discussion as a goal of European integration. Indeed, by the late 1960s and early 1970s, it appeared that the common legal status of nationals of the member states would be formalized with a common European citizenship. But the first enlargement, which brought the United Kingdom along with Ireland and Denmark into the Community in 1973, changed the political balance and stymied the formal introduction of European citizenship. After having again failed to be incorporated in the Single European Act, the legal status was formally inserted into the treaties only with Maastricht, which granted all EU citizens four sets of rights: free movement rights, political rights, the right to common diplomatic and consular protection abroad, and the right to petition Parliament and appeal to the Ombudsman.

The right to move and reside anywhere within EU territory, the key right of EU citizenship, is very popular across the member states and is also the one most affected by Brexit, for many EU citizens in the UK and for many UK citizens in the rest of the EU. Losing the right to live and work anywhere in the EU may be the largest impact of Brexit on many people in the UK. For EU27 citizens moving between member states within the post-Brexit EU, however, Brexit has little or no effect. This is the key reason that Brexit’s impact is relatively minor on the future development of EU citizenship, at least for those who are not UK citizens or EU citizens wanting to move or travel to the UK.

With Maastricht, all European citizens also gained the right to vote and to be elected in European Parliament and local elections in their state of residence, under the same conditions as citizens of that state. Over the years, these political rights have grown somewhat in importance, even though participation rates for EU citizens living outside their state of citizenship have traditionally been quite low. With Brexit, the situation of EU27 citizens living elsewhere in the EU is of course unaffected. But EU27 citizens living in the UK and UK citizens living in the EU are very strongly affected. The right of UK citizens abroad to vote in UK elections is restricted to those who have resided in the UK within the past 15 years, so UK citizens who made use of their EU free movement rights and have been residing in the EU for 15 years or longer have lost the right to vote in the UK, and as a result of Brexit they may also no longer have the right to vote in their place of residence, though the UK intends to agree bilateral reciprocal arrangements with EU member states. Interest groups such as the3million (for EU27 citizens in the UK) and British in Europe (for UK citizens in the EU27) have been encouraging the UK and various EU member states to reach bilateral agreements quickly, pointing to the democratic norm in which residents should have a say in decisions affecting them, as well as many examples of locally elected political leaders who will need to step down from their positions (UK citizens elected in the EU27 and vice versa).

The EU–UK Trade and Cooperation Agreement includes many provisions for the free movement of goods and capital, but far fewer for the movement of services, let alone people. Even though there is coordination of some social security benefits, those planning stays over 90 days per 180-day period now require a visa, as do those planning any work, with limited exceptions. This is hugely disruptive for many people who had become used to EU free movement rights. After the 2016 Brexit referendum, the numbers of UK citizens seeking the nationality of EU27 member state rose dramatically. Motivated by various factors, almost always including the desire to maintain the rights of EU citizenship, thousands of UK citizens acquired the citizenship of an EU27 state. In an ironic twist, one of the more famous applicants in the situation was the father of British Prime Minister Boris Johnson, who applied for French citizenship on 31 December 2020. Such deep connections between the UK and the EU27 are likely to continue, as individuals with connections in both places seek status in both. Attempting to discern the rights of UK citizens in the EU and EU citizens in the UK after Brexit leads to a morass of confusion and complexity. The likely effect of these incomprehensible and internally inconsistent rules is continuing confusion. 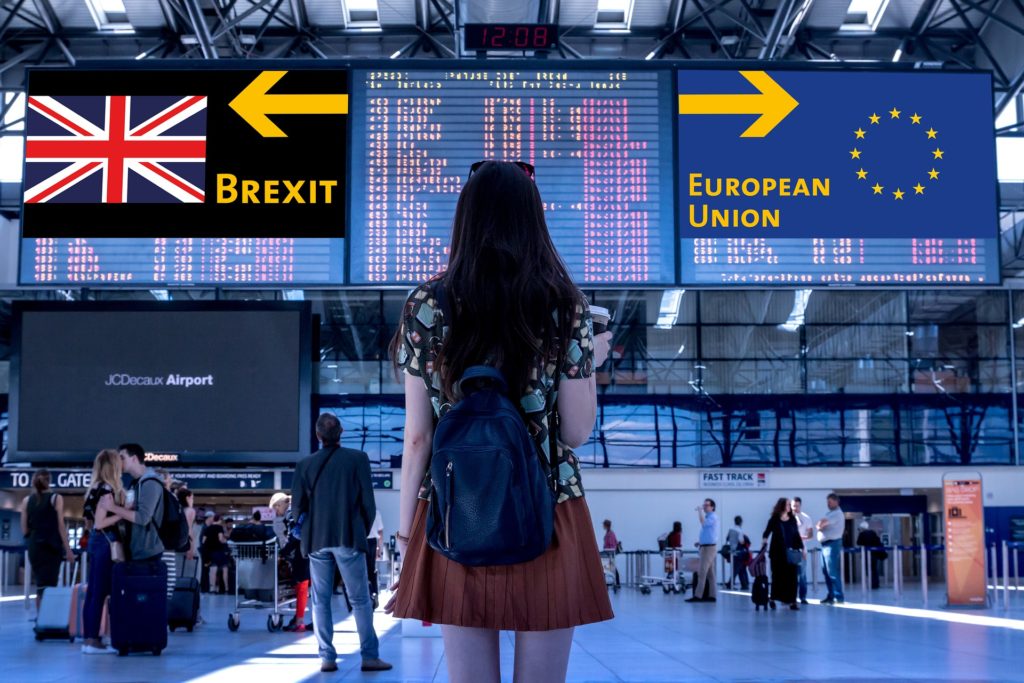