A homophobic law in the EU – What next?

On June 15th, 2021, the Hungarian Parliament passed the so-called ‘Paedophilia Act’, which bans the ’promotion and portrayal’ of homosexuality and transgender identity to minors, including in education, advertising and the media. Such a law is unprecedented in the EU and runs counter to several EU principles and international human rights treaties, including the right to information, freedom of speech and non-discrimination on the basis of sexual orientation and gender identity. Now the question is: how will the EU react?

To start with, it must be made clear that when right-wing government party FIDESZ proposed this law, they were more concerned with national than international reaction. Recently their power has been weakening: in October 2019, for the first time in ten years, a left-wing mayor was elected in Budapest, and all the opposition parties, including right-wing nationalist Jobbik, have allied to bring FIDESZ down at the next parliamentary election. The purpose of the new law was to discredit liberal parties (who were likely to vote against the bill) by labelling them paedophiles, and to crash their coalition with openly homophobic Jobbik (who were expected to vote for the bill, as indeed they did). Given that the EU had not introduced any sanctions when Hungary had breached its principles (such as the rule of law) before, Prime Minister Viktor Orbán most probably expected no retribution on this one, either.

Although EU law bans discrimination on the basis of sexual orientation and gender identity and closely monitors accession countries for traces of homophobia in their legal system (which played a stronger part than respect for human rights in the anti-discrimination legislation of several aspiring countries), it has been less strict in this respect on countries already in the Union. The only sanctions on such grounds against a Member State have been against Poland, where municipalities declaring themselves ‘LGBT-free zones’ can no longer apply for certain EU funds. However, the Hungarian law is not on a municipality but on a national level, so it requires national level solutions. Discussions about the ‘Paedophilia Act’ in the European Parliament have shown that Orbán is unlikely to be convinced by arguments: he insists that the law is not homophobic and will not affect the welfare of the Hungarian LGBT+ community (although since it was passed, hate crimes have been committed in Hungary virtually every day against people considered LGBT+ or just wearing rainbow colours) and pretends to be a champion of ‘homosexual rights’ (though refusing to put up the rainbow flag on the Parliament). Ruling out the possibility of convincing him, the EU has two options: withdrawing funds or curtailing / terminating Hungary’s rights as a Member State.

Financial measures against Hungary have been urged by Luxembourg Prime Minister Xavier Bettel among others. Naturally, Orbán and his friends would feel the withdrawal of EU funds (the rest of the country not so much, as due to widespread corruption, these funds have mostly benefited the oligarchs in Orbán’s circle anyway). Arguably, however, power is more important to Orbán than money, so he might be willing to forgo some million Euros in return for having totalitarian control and practically no opposition. Ousting Hungary from the EU may have more effect, as 85% of Hungarian population is still in favour of the country’s EU membership. Though there is widespread apathy and a general sense of not being able to influence politics, having to leave the EU might spark enough outrage for an uprising, and if not, is likely to lead to FIDESZ’s losing the 2022 elections. If there are elections in 2022, that is – it is quite possible that Orbán will find some excuse (such as the pandemic) for cancelling them, and if the country is no longer a Member State, the EU will have even less control over democratic processes than now.

The other tricky question is whether the EU will indeed take any measures. There have been several occasions when Hungary went against its core principles and no retribution followed. One possible explanation is the likelihood that, should Hungary lose its EU membership, it will ally itself with Russia, and the EU does not want Putin’s friend right next to its borders. (Although, on the one hand, Hungary’s value to Putin to a large extent depends on its EU membership, and on the other hand, open alliance with Putin will almost certainly lead to FIDESZ’s downfall, given the widespread anti-Russian sentiment in the country.) Economic reasons should not be overlooked, either. German car manufacturers, whose factories in Hungary benefit from cheap labour and tax incentives, have probably influenced their government and the whole EU against punishing Orbán too harshly. French President Macron opposes the removal of Hungary from the EU arguing that Hungary will soon be a net contributor country (which is unlikely; indeed, Orbán’s main motivation for staying in the EU is benefiting from EU funds, and he will make sure he can as long as possible). This is not the first time that business overrules political considerations in the EU, but – as the business group Open for Business has outlined – there are business incentives for LGBT+ rights. Some American film studios and media providers have already announced their withdrawal from the country, as the new law would affect their contents and has indeed already been used to attack Netflix, though as yet only on the level of rhetoric. If leading EU businesses declared that they plan leave Hungary if homophobic legislation stays, the business incentive would immediately point towards harsher sanctions against Orbán. One thing is sure: a Russian-type homophobic law is not in the EU’s political or economic interest.

Rita Béres-Deák is a gender scholar/cultural anthropologist and activist, holding a Ph.D. in Comparative Gender Studies from the Central European University. 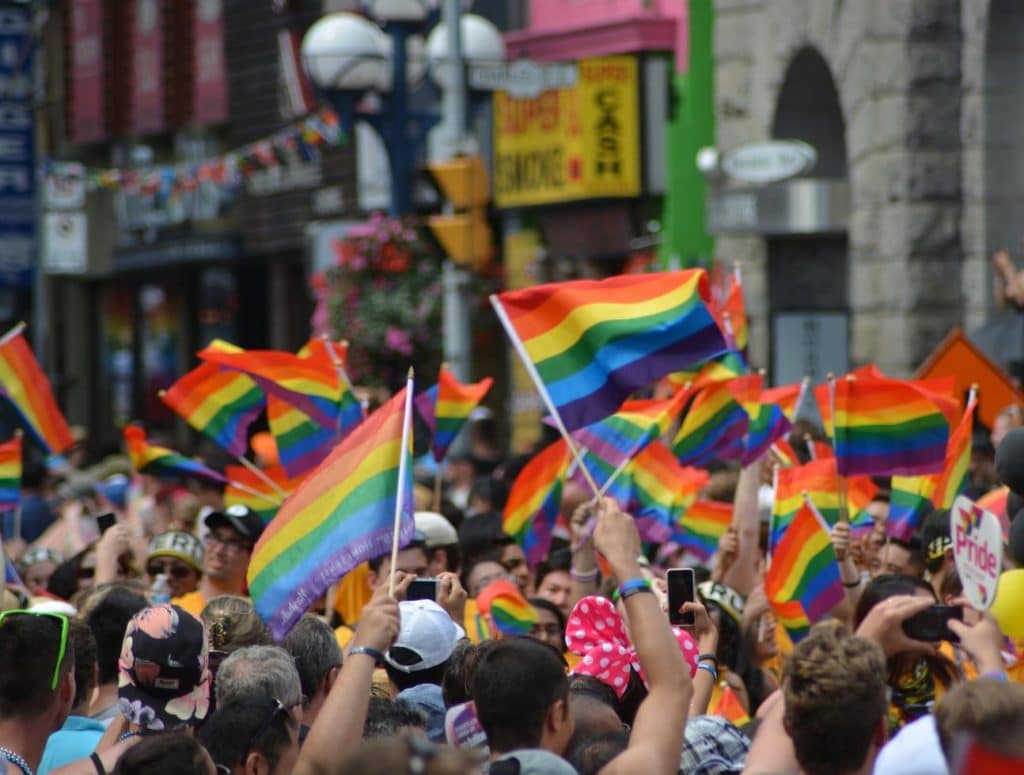