Saving the BVerfG from itself: the Commission infringement proceedings against Germany and its significance

On 9 June 2021, the European Commission announced that it has started infringement proceedings against Germany in response to the ruling by the Bundesverfassungsgericht (BVerfG) of 5 May 2020 regarding the European Central Bank (ECB) Public Sector Purchase Programme (PSPP). As it is well known, in this ruling Germany’s Federal Constitutional Court had declared ultra vires the PSPP, and simultaneously deprived of legal effects in Germany the judgment of the European Court of Justice (ECJ) in Weiss, in which the ECJ had upheld the legality of PSPP.

The BVerfG ruling had drawn strong criticism by the EU institutions. In fact, in an earlier post published in Verfassungsblog in May 2020 I had argued that it was necessary for the European Commission to start infringement proceedings, as the BVerfG ruling: 1) challenged the supremacy of EU law, which is the principle necessary to guarantee the equality between the member states; 2) undermined the monetary policy of the ECB, which ex Art 3 TFEU is an exclusive competence of the EU; and 3) set a precedent by an influential court that could be easily exploited by other apex courts, especially in member states facing a problem of rule of law backsliding.

From this point of view, the decision by the Commission, which ex Art 17 TEU is the guardian of the Treaties, to send a letter of formal notice to Germany represents nothing more than a due diligence. In fact, one may wonder why it took the Commission 13 months to trigger Art 258 TFEU. And one cannot fail to notice that this decision – focusing on a matter of first principle such as the supremacy of EU law – is effectively buried at page 14/15 of a 25 pages laundry list of infringement proceedings that the Commission started as part of its June infringement package.

From a political point of view, it seems a reasonable guess that the Commission – despite being led by a German President – did not want to pick a fight with the Federal Republic at the time when the EU was negotiating its massive Recovery Fund, Next Generation EU (NGEU). Indeed, this paradigm-change initiative in the functioning of Europe’s Economic & Monetary Union was very much made possible by Germany’s policy shift, and its acceptance for the first time ever of the issuance of common EU debt to finance the post-pandemic economic recovery.

At the same time, as I had previously pointed out, there is something ironic in the infringement proceeding against Germany. While the procedure is levied against the member state as a whole, the respondent is really the Bundesregierung. However, the latter, together with the Bundestag, had been very critical of the BVerfG ruling. In fact, a resolution adopted by the Bundestag on 2 July 2020, reaffirming the view that the ECB’s PSPP was fully proportional, had been the key to close the case domestically – as confirmed by the BVerfG judgment of 18 May 2021, in which the court rejected the plaintiffs’ request for further execution of the 5 May 2020 ruling.

Nevertheless, from a legal point of view, the start of the infringement proceeding represents an important development for the EU, with potentially positive consequences for its future. Since the 5 May 2020 ruling, in fact, it has become ever more clear that the BVerfG case law constitutes to be a clear and present danger for European integration. This was made evident by another recent BVerfG case – the one concerning the ratification by Germany of the EU Own Resource Decision, and connectedly of NGEU.

As is well known, on 26 March 2021 the BVerfG enjoyed Germany’s Federal President from signing a bill voted with broad majorities by both chambers of Parliament approving the ORD, while it considered the constitutional challenge brought against this by staunch Eurosceptic members of the AfD party. Subsequently, in a judgment of 21 April 2021, the BVerfG lifted its stay, rejecting the preliminary injunction against the ORD. However, the BVerfG added a number of important provisos on the operation of NGEU, and still kept open the possibility that it could find it in breach of Germany’s Basic Law when reviewing the challenge on the merits.

As this line of case law confirms, further steps forward in the process of European integration are very much under the Damocle’s sword of the BVerfG – a prospect which, frankly, is increasingly difficult to digest for other member states and their peoples. And if until the 5 May 2020 ruling the BVerfG could be defined as a dog that barked but did not bite, the judgment on PSPP signaled that Germany’s Federal Constitutional Court is not concerned of pulling the break and stop integration – even when Germany’s population at large and main political parties all convincingly support it.

At the same time, however, the religious-like status that the BVerfG has come to acquire in the German’s public mindset has made it very challenging to mount a domestic response. In fact, even though most German legal scholars agree that the latest case law of the BVerfG – including its interpretation of Article 38 GG on the right to vote, so as to make it into effectively an actio popularis to challenge any act of EU law – is a distortion of the constitutional text and meaning, there was no serious institutional effort to push the BVerfG to change constitutional course.

It is here therefore that the infringement proceeding brought by the Commission becomes particularly valuable. As I previously suggested, the Commission’s move (and potentially, tomorrow, an ECJ ruling finding that Germany is in breach of EU law) can create the external pressure needed to push for domestic change. This could be in the form of a significant shift in the jurisprudence of the BVerfG. FDR’s court’s packing plan docet. Or perhaps most likely – as the case law of the BVerfG seems to be increasingly fossilized – this could create the conditions for constitutional reforms that adjust the court’s jurisdiction, or exempt EU law from domestic judicial review (as it is, for example, under Article 29(4)(6) of the Irish Constitution).

As a founding member state of the EU, and as the largest country in Europe, Germany plays a key role in the process of continental integration – and immensely benefits from ever closer union. However, in a legally solipsistic jurisprudence that has entirely decontextualized the historical purposes of the EU – including pacifying Germany and restoring its full status in the community of nations – the BVerfG has created an ever deeper web of obstacles towards further European integration. It is clear that the BVerfG must be saved from itself. And the Commission’s infringement proceeding, besides protecting the constitutional principle of the supremacy of EU law, can also help Germany disarm the internal legal arsenal built against its European ambition.

Federico Fabbrini is Full Professor of EU Law at Dublin City University (DCU), where he is the Founding Director of the Brexit Institute. His latest book “Brexit & the Future of the European Union: The Case for Constitutional Reforms”, was recently published by Oxford University Press. 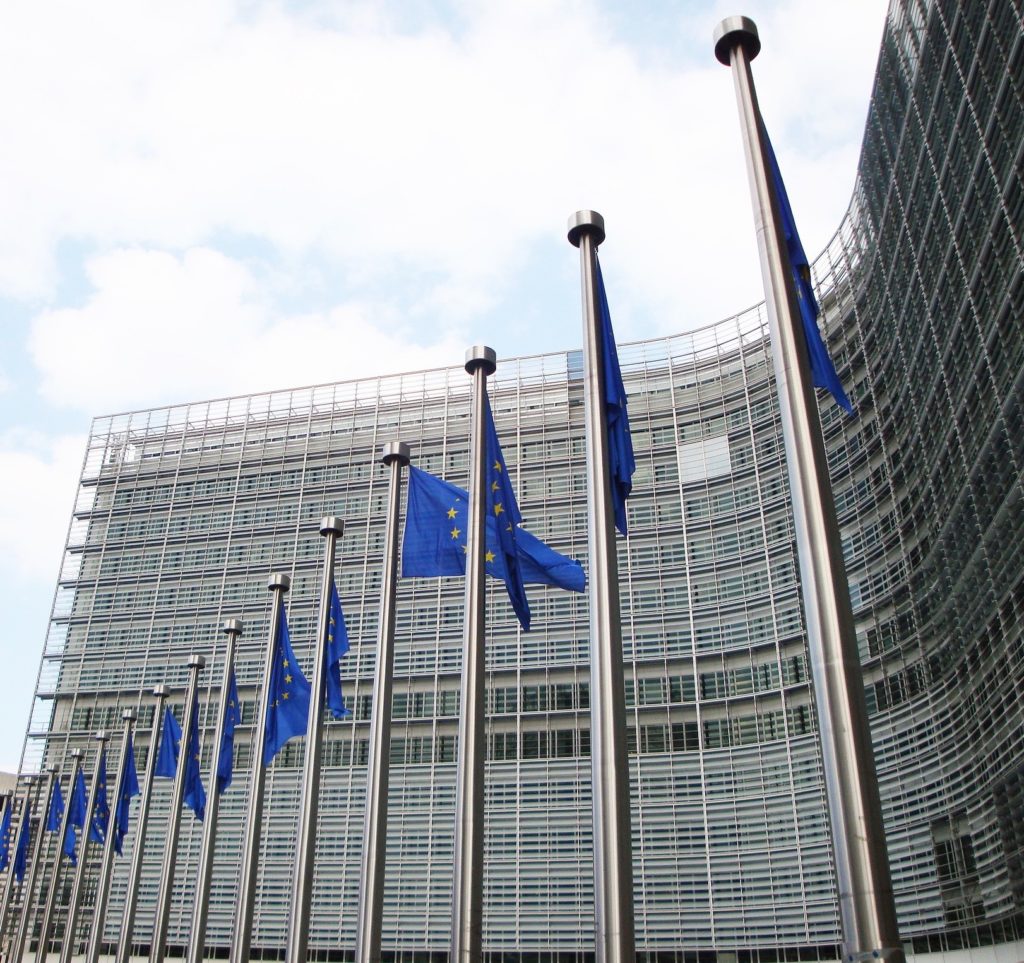