Green Light from Karlsruhe: Obstacles to Next Generation EU Removed

We can now breathe a sigh of relief. The German Constitutional Court promptly delivered its ruling in the desirable way. The urgent appeal – which we had written about in a previous analysis – was rejected, the block to the approval of the EU Own Resources Decision was thus removed and the Next Generation EU (NGEU) can move forward with the indispensable participation of Germany.

However, the Karlsruhe ruling does not fail to raise concerns about the future of European integration.

Indeed, the Court does not consider the applicants’ complaints to be wholly unfounded. It identifies elements that lead to believe that the Union may have gone beyond the powers conferred by Article 311.3 of the Treaty on the Functioning of the EU (TFEU) or compatible with the ban on bail-out of Art. 125 TFEU. In this case, it would be an ultra vires measure.

Likewise, the Court does not exclude the prospect of a conflict with the fundamental principle of sovereignty of the Bundestag as regards budget policy. In this respect, the liabilities that could spill over to Germany, if forced to make up for the inability of the Union to cope with the repayment of the 806 billion Eurobonds with its own means, weigh heavily; as well as the liabilities arising from the non-fulfillment by the other Member States of their contribution obligations.

However, the Court notes that a brief examination of the issues, the only one allowed in an urgent precautionary procedure, does not allow it to reach definitive assessments. All the more so as the applicants’ arguments contrast with others of opposite sign. Hence doubts about the actual encroachment of the European Union from the powers conferred on it arise; as well as on the liability risks for the German taxpayer in a situation of uncertainty about the probability and consistency of such risks.

The decision on the merits of the various issues is therefore postponed to the continuation of the ordinary procedure. In the meanwhile, the Court ruled for the rejection of the appeal based on a balancing of the consequences of its acceptance. In fact, in the event of acceptance, consequences that cannot be remedied later would result, namely the blocking of an exceptionally urgent program such as Next Generation EU in the context of the current pandemic. Conversely, the Court reasonably observes that the German government and Parliament would be able to remedy it in the event of a subsequent assessment of unconstitutionality profiles.

The decision of the Court offers both food for thought and reasons for concern.

It is certainly appreciable – as it has already been pointed out – that the Court’s ruling arrived at a particularly prompt time. Thus, less than a month later, the block to the German ratification of the “EU Own Resources Decision” previously established was removed. However, it should not be overlooked that the various disputes raised by the applicants remain open for now. They will be resolved in the final decision of the procedure, which could reserve surprises not entirely “freundlich” for the process of European integration.

On the question of whether in the present case the existence of an ultra vires act is envisaged, the Court expressly mentions a preliminary referral to the Court of Justice. This is perfectly in line with the European system; and moreover it is a tool already used previously by the judges of Karlsruhe. Less in tune with EU law, however, is what we read immediately afterwards: the German Court in fact reserves the right to decide against the Luxembourg judges (as already happened in the recent ruling on Quantitative Easing by the European Central Bank).

The Court emphasizes that debt on the Union market must only serve to finance anti-pandemic measures. The related funds can neither be increased nor devolved for other purposes. This seems to imply that the German Court legitimizes the operation only for its totally exceptional nature, having to exclude other indebtedness. In other words, it would be a solidarity intervention not susceptible to further extensions. This is obviously not good news for those who aspire to seize the opportunity of the pandemic to create a stable fiscal union at European level.

The Court acknowledges that the German legislature enjoys a wide margin of discretion in assessing whether liabilities arising from European instruments are compatible or not with the national budget. However, it hastens to point out that certain limits cannot be exceeded, otherwise the budgetary autonomy of the Bundestag would be jeopardized. The Court further adds that the Bundestag must maintain a continuous and sufficient influence on how the funds of the Next Generation EU are spent. This portends some difficulties if we consider that the National Recovery and Resilience Plans (NRRs) – which implement the NGEU’s resources – are approved by the majority in the Council, and therefore in principle even without the assistance of the German government. Likewise, subsequent disbursements, decided by the Commission, are subject to an emergency brake, which however does not give veto rights to the European Council.

One final consideration regards Art. 125 TFEU, evoked by the Court on the subject of ultra vires. In this respect, a debated question arises about the scope of this provision. The Court seems to favor an extensive interpretation on this occasion as well. The no bailout contained therein would not only prohibit the direct assumption of a member state’s debts by other member states or by the Union. The ban would also oppose European solidarity interventions, which could be reflected in increased liability of a member state towards the Union. Needless to point out the danger of such a reading of Art. 125 both in relation to the case in question, and more generally for the abovementioned developments in Europe.

In conclusion, we are delighted with the current decision of the Karlsruhe Court and cross our fingers for the one to come. 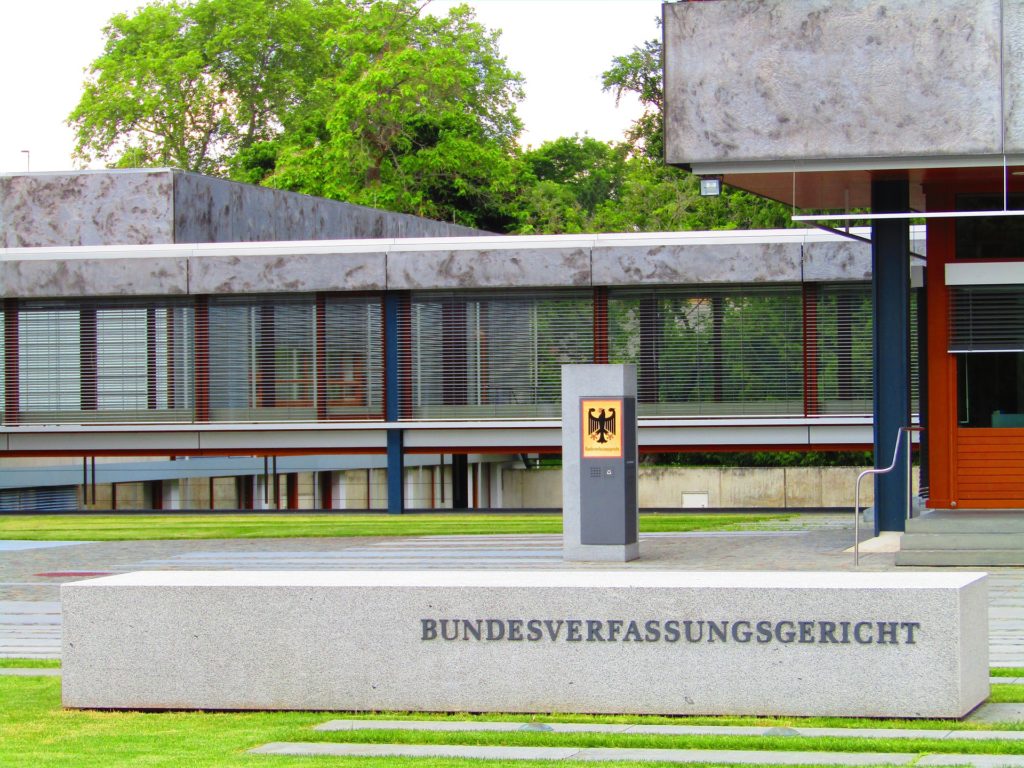