Reforming the EU Asylum Policy: Unilateralism, ‘Coalitions of the Willing’, and the New Pact on Migration and Asylum

Lack of fair responsibility sharing in asylum is one of the thorniest policy issues currently facing the EU. The EU’s responsibility allocation system, underpinned by the so-called Dublin Regulation, as designed undermines fair sharing of responsibility between the Member States. It allocates most responsibility to states at the EU’s external maritime borders in practice, notwithstanding that fair sharing in asylum is a legal requirement in EU law. More deeply, it fails to reflect asylum provision as a regional public good. Instead, once responsibility is assigned, it is for the individual Member State alone to provide for the refugee. Refugee immobility permeates the system, hindering further redistributive effects.

EU support measures, such as EU funding, are limited. EU agencies have come to the forefront; their financial resources have been increased and their mandates have been expanded (de jure or de facto), also to enhance inter-state solidarity. Joint implementation patterns have emerged, such as forms of joint processing of asylum applications in Greece. While signalling the emergence of an increasingly integrated administration, agency involvement is not structurally embedded in the EU’s asylum system design. It cannot sufficiently address the lack of fair responsibility sharing. This blog post critically analyses three further trends that have emerged against this backdrop: unilateralism, ad hoc efforts of closer cooperation, and the approach advanced in the New Pact on Migration and Asylum.

If (administrative) integration is one trend, another parallel development is the emergence of unilateralism. One manifestation of this tendency was the unilateral closure of internal borders by Member States along the Western Balkans route during 2015. More recently, Hungary, the Czech Republic, and Poland undertook unilateral (and illegal) action with their outright rejection of emergency relocation. Their total refusal to implement their obligations under the relocation decisions – linked exclusively with unwillingness rather than inability – led the Commission to launch infringement actions against them, and eventually the Court of Justice to confirm the violation of EU law obligations. Unilateralism is also exhibited in the impossibility for Member States to come to a compromise on a viable redesign of the Dublin system four years after the Commission published its 2016 proposals (now superseded by the New Pact on Migration and Asylum). The absence of an EU-coordinated response to disembarkation of asylum seekers arriving by sea has seen Member States such as Italy and Malta unilaterally declaring a ‘closed port’ policy. This has led to intense human suffering with boats remaining adrift at sea for lengthy periods. It seems that the inability to find credible solutions jointly has spurred an outburst of unilateral responses. Outright and explicit refusal to implement asylum-related obligations on the other hand, such as that exhibited by the Visegrad countries, undermines the rule of law in the EU and is only made possible through free-riding on other Member States’ actions and commitments.

Closer co-operation in a divided Europe?

Another development is efforts towards closer cooperation, so far of an ad hoc character. For example, the impasse on Dublin reform drove Germany, Greece and Spain to enter into an agreement among themselves to ensure the implementation of obligations under the Dublin III Regulation. Threats by the German Minister of the Interior that he would order border guards to unilaterally summarily reject asylum seekers at the border prompted a June 2018 mini-summit between a coalition of sixteen Member State leaders willing to address asylum issues, foreshadowing the potential for enhanced cooperation in this area. When disembarkation and relocation of those rescued takes place, it is organised in an ad hoc manner, ‘ship-by-ship’. In the wake of the COVID-19 pandemic, small scale, voluntary, ad hoc relocation arrangements for the benefit of Greece have also been the EU’s response to the humanitarian crisis facing asylum seekers, including unaccompanied minors, residing in overcrowded and unsanitary conditions on the islands of Eastern Aegean.

While in the short-term these ad hoc actions may provide some reprieve, they are not sustainable. Solidarity à-la-carte has been found to downgrade the consistency of the EU asylum acquis, and to fail to adequately protect individuals’ fundamental rights. These processes are extremely time-consuming, while they lead to arrangements concerning only a handful of individuals. Given the nature of asylum provision as a regional public good, the viability of the Common European Asylum System (CEAS) depends on EU-coordinated action. Where enhanced cooperation will be practicable, it would also need to be coordinated and systematised rather than consist in ad hoc, and small-scale schemes if it is to be sustainable. However, enhanced cooperation in asylum would fail to address free-riding. It would need to be premised on an acceptance on the part of the ‘coalition of the willing’ that certain Member States will not be ‘touched’ by asylum provision and reward their defiance, which is rather unlikely to happen politically.

Redistribution in the New Pact on Migration and Asylum

The New Pact on Migration and Asylum fails to structurally embed fair sharing of responsibility and is unlikely to address the current redistributive malaise in asylum. It has been argued that it establishes “half-compulsory” solidarity: Member States are obliged to cover at least 50% of the relocation needs set by the Commission through relocations or “return sponsorships” and the rest with other contributions, such as capacity building, operational support proper, or cooperation with third States. This approach is problematic for several reasons. The first is the lack of comparability between relocation or return sponsorships on the one hand and ‘other contributions’.  Let us take a real-life example. Italy is a Member State arguing that it is under extreme migratory pressure due to the numbers of asylum seekers arriving in its territory compared to its capacities, and compared to what should be its share of an essentially ‘common responsibility’. It is not straightforward why Italy would consider a contribution from Poland in capacity-building activities in Niger an equitable alternative to relocating asylum seekers from its territory.

The second problem is the concept of return sponsorship itself, a concept that the Pact introduces for the first time. It is one of the solidarity tools envisaged by the proposed Asylum and Migration Management Regulation. Through a return sponsorship a Member State (say Hungary) commits to support another Member State which faces ‘migratory pressure’ (say Greece) in carrying out the necessary activities to return irregularly staying third-country nationals (Rec. 27). While the individuals are present on the territory of Greece, it remains responsible for carrying out the return. However, if return has not taken place after 8 months (4 months in situations of crisis), Hungary becomes responsible for transferring the migrants in an irregular situation and should relocate them to its territory (Art. 55, para. 2). What the Commission has done here is to broaden the scope of the redistributive net by encompassing the EU’s return policy and the EU’s asylum policy under the same roof. The hope is obviously that Member States which ideologically oppose asylum provision might be keen to chip in the operationalisation of EU’s return policy instead.

Return sponsorship is mired with operational complexities and fundamental rights compliance concerns. It will be implemented through bilateral administrative co-operation. It is unlikely to be efficient as it will not allow for the creation of economies of scale. It will create additional administrative burdens for the ‘benefitting’ Member State that, instead of one interface (e.g. an EU agency), will have to collaborate with several Member State authorities that will be acting, understandably, in an uncoordinated manner. In addition, operational support under this framework will not be covered by the enhanced fundamental rights protection layer that has been developed by FRONTEX including, inter alia, a fundamental rights officer, an individual complaints mechanism, and fundamental rights monitors. This framework has been put in place specifically to address fundamental rights violations in the framework of operational activities of the agency. Put plainly, a migrant under a return obligation in the territory of Greece, whose return is sponsored by Hungary under a bilateral cooperation framework, cannot make use of the FRONTEX individual complaints mechanism regarding a potential violation by a Hungarian agent. It is certain that these mechanisms are not flawless as the most recent allegations on the role of FRONTEX in pushbacks in Greece once again highlights. But the complete absence of these novel human rights mechanisms in an environment of transnational administrative co-operation which dilutes accountability and liability will be even worse.

The problems facing the EU’s asylum policy are complex and intertwined. What is perceived as unequal distribution of responsibilities, and ideological defiance, fuel an implementation gap which in turn erodes mutual trust. Unable to agree on legislative reform and other policy initiatives, Member States resorted to unilateral actions or ad hoc cooperation frameworks all of which have failed to address in a sustainable manner the root causes of the asylum policy’s ills. The Commission’s approach in the Pact does not seem capable of resolving current tensions and providing a satisfactory response to the fair sharing of responsibilities challenge. Enhanced cooperation or inter-se agreements would provide a more structured and foreseeable framework but are, ultimately, also ill-suited given the nature of asylum provision (and external border control) as regional public goods. Different approaches could include (a combination of) requiring concrete positive contributions to the asylum systems of other Member States even in the exclusion of relocation (e.g. improving reception conditions); a more radical shift in the implementation modes of EU’s asylum policy through further enhancing administrative integration and joint implementation patterns; providing more structural forms of EU funding to Member States for implementing asylum-related obligations; or foreseeing mutual recognition of positive asylum decisions coupled with variants of free movement rights for recognised beneficiaries. Some of those envisaged solutions require amendments in secondary, or even primary law, or a drastic overhaul of the distribution of financial envelopes in the multi-annual financial framework. Such bold policy and legislative moves are unlikely to occur in the short-term future though. For now, a disproportionate focus of the EU and its Member States is directed instead at externalising protection obligations to third States and ‘containing’ asylum seekers outside EU’s territory. 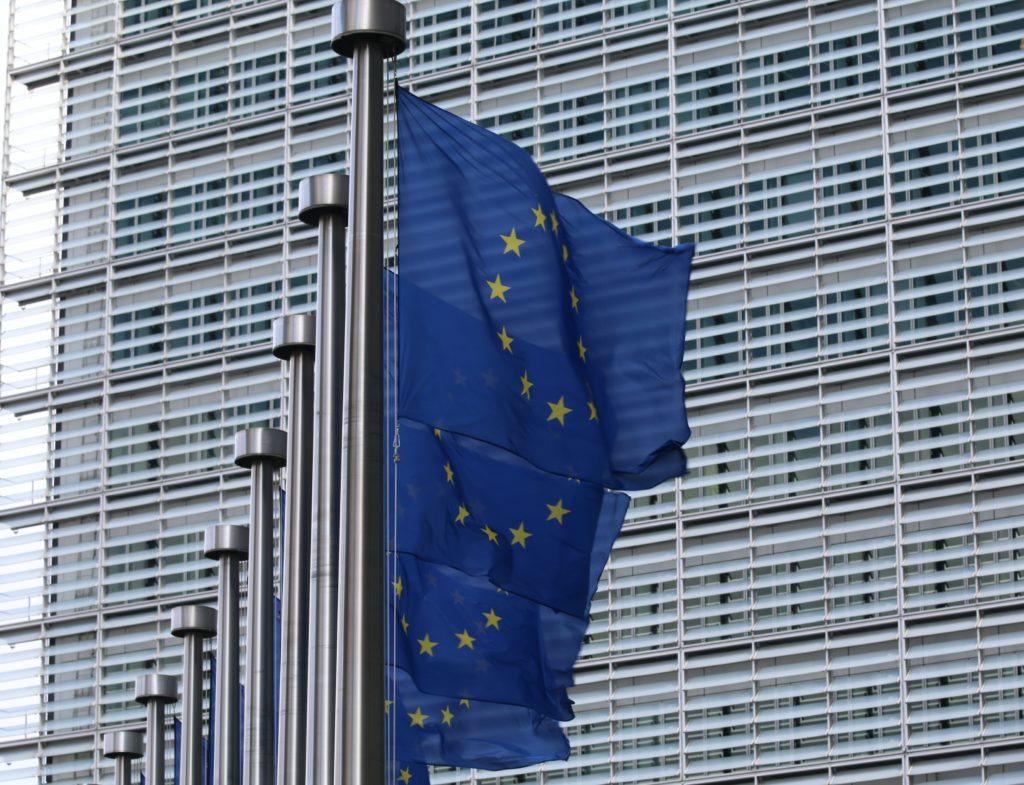