Immigration was a major factor – perhaps the major factor – in the Brexit vote. Over the past two decades, migration from the EU has boosted UK growth, helped address skill and labour shortages, and benefited the public finances. It also led to rapid population growth in some areas. Against a background of austerity and cuts to public services – and a hostile media and opportunistic politicians looking for convenient scapegoats – it generated significant social and political tensions, which provided much of the impetus behind Brexit.

And the implications of Brexit for migration will have major consequences for the UK economy. Over the last two decades, the UK has become somewhat less integrated with the EU in trade terms, with trade with EU members now accounting for just under half of total UK trade. But migration is different. Over the same 20-year period, the number of UK residents born in an EU member state more than doubled to over 3.6 million (i.e. just over 5%), and about 1 in 5 EU citizens who have migrated within the EU live in the UK.

These statistics reflect a number of factors: the UK’s decision to open its labour market to new member states in 2004; its relatively flexible and dynamic labour market (particularly after the eurozone crisis); and, of course, the appeal of London, the status of English as the world language, and the UK’s world-class universities. While movement the other way has not expanded as fast, about a million Britons – slightly under 2% of the population – now live in EU member states.

The Brexit referendum marked a  turning point; in the year immediately prior to the vote, net migration of EU citizens to the UK reached 200,000. Before the COVID-19 crisis, it had fallen to perhaps a quarter of that figure, reflecting both economic trends (in particular more buoyant labour markets in some eastern and southern EU members states) and legal and psychological factors relating to uncertainty about the future rights of EU citizens residing in the UK, and the general political and social climate, with the UK no longer considered a hospitable destination for EU migrants.   The pandemic has hugely accelerated this trend. Official statistics suggest that more than half a million EU-born people of working age have left the UK since March 2020.

However, it still seems likely that the vast majority of those who have moved here in the last 20 years will remain. The Withdrawal Agreement mandates that EU citizens currently residing in the UK will – regardless of whether there is a deal on the future UK-EU relationship, or not – broadly retain their existing rights. So far, nearly 4 million EU citizens have registered for the EU Settlement Scheme, suggesting that most want the option of remaining in the UK.

From January 1, new migrants from both EU and non-EU countries (with the exception of Irish citizens, who will retain their existing rights), will need to qualify under the UK’s new ‘points-based’ immigration system. Most of those migrating to the UK to work will need to secure a job requiring skills, and pay salaries above certain thresholds. Those migrating for family reasons must qualify under the UK’s existing rules   – which are extremely restrictive compared to most EU member states.

The UK’s new system will, therefore, represent a significant tightening of controls on EU migration. Migrants coming to work in lower-skilled and paid occupations will in principle no longer be able to gain entry, while those who do qualify will need to pay hefty fees and have their prospective employers apply on their behalf. Even then, they will have, as is the case for non-EU migrants at present, significantly fewer rights (e.g. in accessing the welfare  system).

UK citizens seeking to move to the EU will lose their automatic right to reside as EU nationals, and they will be treated as third-country nationals, like other non-EU citizens. Migration of third-country nationals is largely a competence of individual member states, with some minimum standards set at the EU level.  That means that it will, in general, be easier for UK citizens to move to Sweden for work purposes than it will be for them to move to Italy, although still considerably harder than it is now for UK citizens moving to either country. It also means that having migrated in the first place, their rights to move between EU countries, or to work across borders, will be severely curtailed.

The UK economy is already in the process of adapting to this new reality, leading to pressures in areas like social care, construction and farming. Nevertheless, Brexit will not mean the end of migration between the UK and EU. Indeed, since the Brexit vote, UK public opinion has become more pro-migration, opening political space for a more liberal policy than appeared likely two years ago.  The ousting of Theresa May, the most restrictionist Prime Minister in recent UK history, reinforces this, as does the desire of the devolved administrations, particularly Scotland, to maintain migration flows.

Moreover the pandemic has highlighted the fact that economic value, as measured by market wages, is not necessarily a good reflection of wider social value, as reflected by public opinion. Care workers, bus drivers and supermarket staff all fulfil essential functions, and it is far from obvious that the UK public will support an immigration system that excludes such workers- especially if it means lower quality public services, higher taxes, or both.   And while in the short-term unemployment is rising sharply, a post-covid recovery could easily see labour and skill shortages emerging in some sectors that have historically been reliant on migrant workers.

So, while COVID-19 has led to a sharp fall in migration, economics and politics both point towards the UK remaining relatively open to work-related migration over the medium term, from the EU and beyond.  This will not mean the continuation nor restoration of free movement which, more than any other single policy, is a totemic symbol of “taking back control”. But it does mean that the new system will be more open than originally envisaged.

Jonathan Portes is a Professor of Economics, King’s College London, and Senior Fellow, UK in a Changing Europe 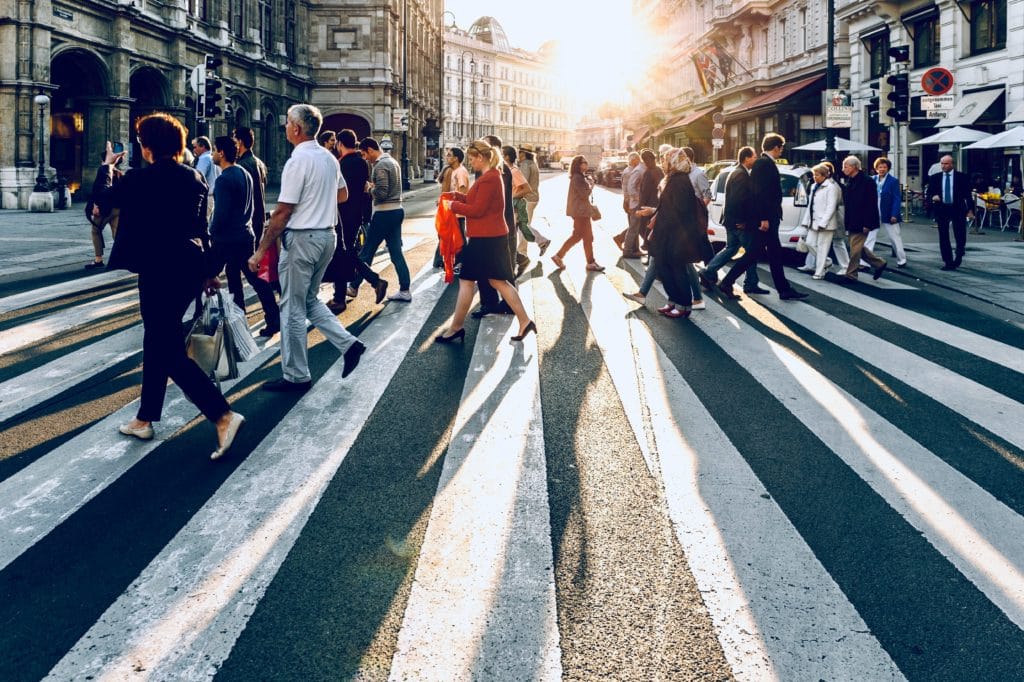