Covid as a Catalyst for a Political Union?

Scholars and politicians have long argued on the need for a political union to accompany a single currency. While this concept remained rather murky during the early days of the euro, during the sovereign debt crisis it gradually took a more clear shape. First, one could see the institutional element of a political union in which power would be delegated to a supranational level. Second, political union necessitated some risk sharing between member states. Third, both would be possible only if the member states shared a common identity, or at the very least a sense of a shared destiny.

A year ago during this same period, the euro area was looking to complete its new governance structure. The member states quickly dropped a proposal for a European Finance Minister, which likely would make little difference if that office did not come with substantial resources and the power for additional risk sharing. Nevertheless, the European Central Bank de facto had taken on the role of the lender of last resort to euro area governments, and work progressed on strengthening the capacity of the European Stability Mechanism to official assume that role. Supranational institutions had acquired more power, though the latter remains controlled by the Eurogroup.

On the other hand, Member states roundly rejected measures that would significantly raise the level of risk sharing.  Talks on the creation of a Eurobond never got off the ground, and completing banking union with the passage of the European Deposit Insurance Scheme was no longer a priority for the coalition of northern member states. Nevertheless, some modest progress had been made. There was agreement for creating a Budgetary Instrument for Convergence and Competitiveness as part of the next Multiannual Financial Framework, a far cry from a euro area budget with stabilization capabilities but progress nonetheless.

What a difference a year makes! Are we any closer to political union? The €750 billion Next Generation EU budget that proposes a Recovery and Resilience Facility of grants and loans to help member states overcome the pandemic crisis. It has been described as a ‘game-changer’ by European Central Bank President Christine Lagarde, and German Finance Minister Olaf Scholz invoked Alexander Hamilton, the American Treasury Secretary who convinced his political adversaries to allow the federal government assume the debt of the individual states, contributing to the creation of a single nation-state.

While the size of proposed MFF (still under negotiation with the European Parliament) is categorically larger than previous budgets, there is reason for caution before declaring the pandemic as a catalyst for political union. The crisis has not forged a common identity or sense of common destiny among euro area member states, as evidenced by the intransigence of the so-called frugal four countries that almost blocked the grants element of the package. The generous Recovery and Resilience Fund is a temporary boost to the EU budget, not a permanent feature that would allow for stabilization in the longer-term. While the Commission would be able to raise an unprecedented amount of funds in capital markets to finance the grants component against the EU budget, it does not involve legacy debt the way that Hamilton’s plan for the US did.

Europe’s recovery plan invokes appropriately large sums to deal with the economic fallout of the Covid-19 crisis. But it does not constitute a large leap towards political union. 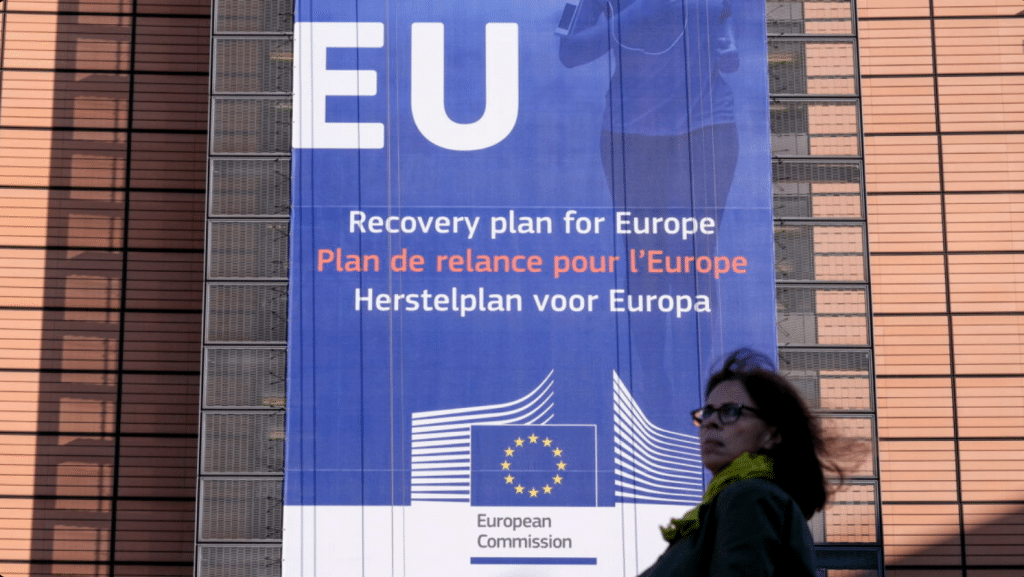