Recently, legal analysis on the free movement of EU citizens have concentrated mainly on the integration of non-economically active EU citizens in the host country and on the extent of social and fiscal solidarity among citizens of the Member States. These issues raise fascinating research questions, though this group of people certainly represent a minority in numbers compared to mobile seasonal workers. However, the legal and social position of this latter group has not attracted particular scholarly interest, and mostly remained in the shade.

Now, with the pandemic, research focus has temporally turned from doctrinal questions to down to earth practical issues, and seasonal workers have positioned themselves in the center of the attention. This illustrates how deeply the economies of the Member States are intertwined and gives evidence that for some segments of the production the availability of foreign workforce has become a vital question. The phenomenon offers the opportunity to observe public policy choices among various values and to follow how these choices have changed either because of the mutating conditions in time or because some policy measures are simply unsustainable on the long run. The policy choices over seasonal workers show interesting aspects of the role played by public health concerns.

When in March 2020 most Members States closed their borders, the issue about mobile workers in agriculture and the food sector quickly emerged. At the end of March, the European Commission urged the Members States to allow seasonal workers to travel within the EU as essential workers[1]. The Italian Coldiretti, the biggest association of farmers foresaw a shortfall of 250.000 agricultural workers putting in danger the harvest of fruits and vegetables[2]. Other Member States faced similar problems[3]. In early April Germany opened a corridor for Romanian workers despite the fear of the spread of the virus. In two months, 80.000 harvest workers flew to asparagus fields. Public health enjoyed priority over economic efficiency, specific rules had to be observed: workers were put de facto on the job quarantine, they could not leave the farm and had to live and work separate from the others for 14 days. Living conditions had to be improved as well, rooms could be filled up only to half of their capacity and clothes and dishes had to be washed hot[4]. The asparagus season was saved this way, but other sectors, like food processing needed foreign labour force as well.

In the meantime, the spread of the virus slowed down and at the beginning of the summer the internal borders of the EU were reopened. It was also clear that albeit closed borders were justified by public health concerns, they put enormous constraints on economic activities, and they were unsustainable for a long period of time. Open borders meant more opportunities for migrant workers, though worries persisted about their contribution to the circulation of the virus.

Although economic priorities regained space, the pandemic did not disappear. COVID-19 promptly showed its strength in situations where social distancing was impossible either because of the nature of the activities, or because of the living conditions of workers. The sudden spread of infections in various slaughterhouses and meat processing factories called public attention in Germany[5], just as the tensions erupted in the Italian countryside near to Caserta where Bulgarian farm workers violated quarantine rules[6].  New tools had to be identified to combine the functioning of the economy and the protection of people’s health. Controls carried out at destination help to reconcile open borders with containing infections. Measures for migrant workers include the obligation to notify their arrival at the local health authority, screening or on the job quarantine. Employers have all good reasons to do their part in respecting the rules, not only because they might face sanctions, but also because they heavily rely on this specific workforce in the forthcoming apple and grape harvest season.

Besides the observation of how the relationship between economic priorities and the protection of public health has changed over the last months, there is another interesting reflection to be made.

Low wages, poor living and working conditions in agriculture and in parts of the food processing industry have been already well-known outside of farms and dormitories. But those directly involved could not rely on much public support beyond of a half-hearted sorry as a follow-up of publicized disgraces. The issues remained within the gates of factories and farms. Now, with the pandemic, the consequences of squalid living and working conditions go beyond these boundaries and become concerns for the wider population, as often these situations constitute a fertile hotbed for the virus. Imperatives of public health might now achieve changes in issues where trade unions and advocates of social justice have not been successful despite many initiatives. Realistically, expectations for improvement in living and working conditions should not go far beyond of what can be prescribed by public health authorities. But perhaps the most vulnerable workers will be less exposed to shameful conditions. Astonishing enough, but help arrives when you least expect it. 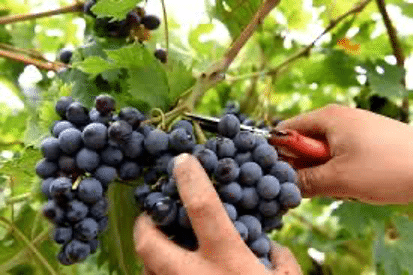