The Forgotten Values: How Europe’s Bet on the Rule of Law Backfired

Few events in Western history will be remembered as more humiliating examples of political impotence than the EU’s failure to stop authoritarian revolutions in Hungary and Poland. Over a decade (in the case of Hungary) and just half a decade (in the case of Poland) these former leaders of democratic transition descended to the status of either no longer “free” political system or one on a steep path to such an outcome (Freedom House 2020). This happened within the confines of the political-economic Union, whose foundational goal was to prevent precisely this type of unfreedom to reemerge on the continent.

The stunning authoritarian backslide did not, furthermore, involve a vital EU member state, whose political and economic importance would conceivably make them “too big to rein in.” It took place in two peripheral, respectively, small and mid-sized, de facto client states of Western Europe, entirely dependent on the unfettered access to Western markets, huge amounts of Western financial aid, and (especially in the case of Poland), continuous Western security guarantees.

So why did the EU fail to prevent the backslide? Popular explanations focus either on the inadequacies of the EU’s institutional design or on hard choices of political priorities. While these arguments surely contain a grain of truth, they overlook crucial mistakes in constitutional strategy made by democrats in Brussels and other Western European capitals. From the outraged reactions of Western political leaders, to official reports of European institutions, expert commentaries and research articles, the diagnosis of the constitutional threat at hand has almost unanimously been focused on the breaches of the rule of law by the current rulers of Hungary and Poland.

That strategy becomes evident from the first, 2015 motion of the ALDE group in the European Parliament to commence the Article 7 procedure against Hungary. The ALDE motion argues that the actions of the Hungarian government warrant the conclusion that “the conditions for the activation of the rule of law framework and Article 7(1) TEU are fully met.”[1] In 2017, when the European Commission announced the initiation of Article 7 proceedings against Poland, the official press release was titled: “Rule of Law: European Commission acts to defend judicial independence in Poland.”[2] A year later, when the European Parliament finally managed to successfully initiate Article 7 action against Hungary, the press release was analogous.[3]

Countless reports and analyses followed that pattern. My 2020 google search found 54,000 entries for the search “the rule of law framework” + “EU.” Top among those searches was a dedicated European Commission portal devoted to “the framework.”

TEU Article 7 is routinely invoked as the legal basis for “the rule of law framework.” Interestingly, though, the “framework” or even “the rule of law” itself are never mentioned in the somewhat lengthy provision.  Article 7(1), instead, outlines a specific procedure to address a “clear risk of a serious breach by a Member State of the values referred to in Article 2” [my emphasis]. Article 2, in turn, states that the Union is “founded on the values of respect for human dignity, freedom, democracy, equality, the rule of law and respect for human rights, including the rights of persons belonging to minorities.” In that essential provision of the Treaty, the rule of law is mentioned as a foundational EU value, but only among five other distinct values and a specifically emphasized subcategory of the sixth value (i.e. respect for minority rights). At the risk of attracting ridicule for retrograde textual arguments, let me point out that the rule of law is only the fifth value listed.

The facts on the ground likewise did not justify the intensity of the rule of law focus. Authoritarian actions of the two regimes ran afoul of every Article 2 value. The takeover of the judiciary and independent media, for instance, was squarely aimed at impairing liberal opposition and curtailing democratic freedoms. Hungary’s appalling treatment of refugees was a flagrant violation of human rights and human dignity. Poland’s vicious campaign against LGBT people likewise violates both minority rights and basic human dignity.

In fairness, other Article 2 values do appear in official documents related to Poland and Hungary, but almost always in a supportive role, as if to buttress the case for the rule of law breach. While it would thereby be unfair to claim that EU completely overlooked other Article 2 values, it is entirely appropriate to conclude that EU’s constitutional strategy has fashioned the rule of law into a kind of “meta-value” that underlines all other fundamental values. That strategy is perfectly encapsulated by the very notion of the “rule of law framework.”

It is now a matter of historical record that the substantial political capital invested in that approach failed to render any meaningful result. But should that surprise us? The essential feature of the Article 7 procedure is that progress relies entirely on political decisions of the Council – first on recognizing “the risk of the serious breach” of Article 2, then on confirming the “existence of a serious and consistent breach” of those values and, finally, on sanctioning the member state in question.

In a democracy, the success of any political process depends on effective mobilization of relevant political forces that compel elected leaders to act. In the EU context, the nature of that mobilization is also determined by the unique political structure of the Union that lies somewhere between a federal state and an international organization. It seems reasonable to assume that the political dynamics of the Article 7 process would fall somewhere in-between a domestic constitutional crisis and an international process of imposing sanctions on sovereign states and governments.

Carrying this twin analogy further, we can easily grasp why the political mobilization failed here. How often in modern history did the rule of law serve as the pivotal concept around which citizens and their leaders mobilized in their struggles against autocrats? From the French Revolution through the American Civil Rights movement to the Arab Spring and the recent protests in Hong Kong, people tend to mobilize around more tangible concepts of human rights and human dignity, minority rights, as well as freedom or democratic self-determination. In fact, in those struggles, the “rule of law” is often used either by autocrats defending the legality of their oppressive power or by moderates trying to find a “middle ground” between the demands of the people and the status quo (Kisilowski 2015).

The track record of the rule of law as a democratic mobilization tool is only a little more encouraging when it comes to international relations. International sanctions are often imposed on governments violating human rights or threatening peace or territorial integrity of other states. While rule of law is sometimes mentioned in the context of such sanctions, it’s rarely (if ever) the primary reason for their imposition. For evidence, we can look no further than EU’s own sanction map, introduced by the 2017 Estonian Presidency of the Council.[4] Among EU’s 44 sanction decisions in force as of September 2020, only seven summaries mention the rule of law at all.

Put differently, in both domestic and international contexts, it is the other five fundamental Article 2 values that are most often invoked in mobilizing against authoritarian abuses. Breaches of human and minority rights, abuses of human dignity and curtailment of democratic freedoms are all threats that are more tangible and more understandable to citizens than the abstract, technical breaches of the rule of law. They are also more likely to generate a sense of moral outrage and attract a group of intense supporters who are essential for upping the pressure on elected leaders.

An EU strategy motivated by Article 2 values other than on the rule of law would likely have been more effective. Monitoring the breaches of the rule of law should, to be sure, stay on the agenda. But the tables should turn: it is the rule of law that should be treated in an instrumental capacity, as a tool to ensure the protection of fundamental democratic rights and freedoms.

Freedom House. 2020. Freedom in the World 2020: A Leaderless Struggle for Democracy. 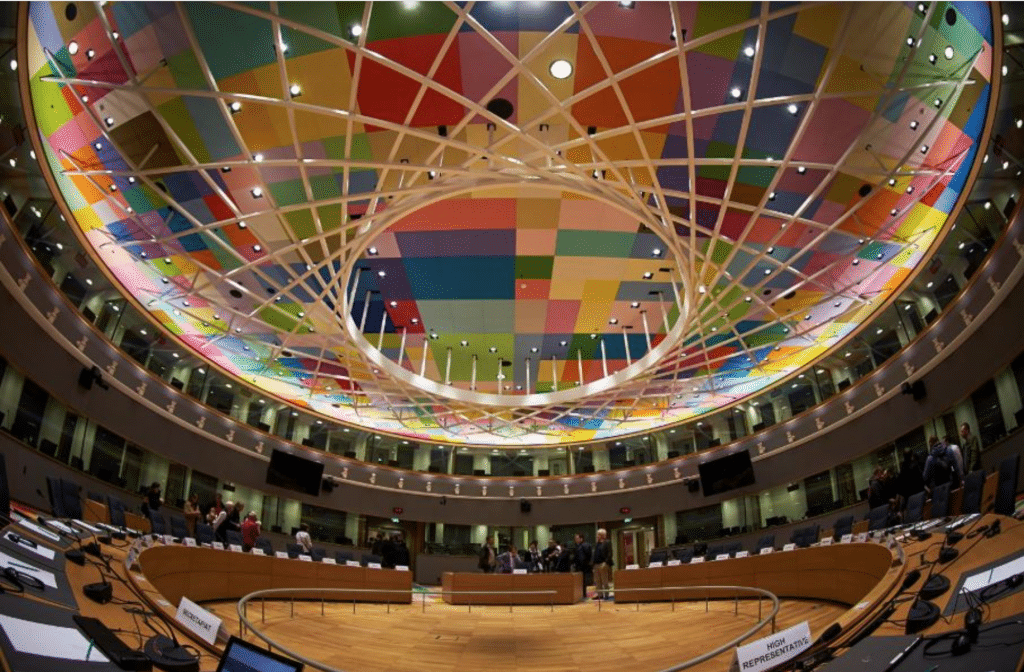