On 16 September, President von der Leyen held her first State of the Union speech to the European Parliament. The first speech of that kind was held on 7 September 2010 in accordance with the 2010 Framework Agreement on relations between the European Parliament and the European Commission – Annex IV(5). The specific salience of this year’s speech is obviously due to the fact that the European Union is going through its worst crisis since 1965 with the ‘empty chair crisis’ that started in July and ended only six months later with the so-called Luxemburg compromise. The difference with fifty-five years ago is immense: who in the public cared about Council meetings?

President von der Leyen’s speech is remarkable both in style, lyrical and firm, calling a spade a spade, and in content, especially because it does not leave unaddressed the elephant in the Room: “Breaches of the rule of law cannot be tolerated. I will continue to defend it and the integrity of our European institutions. Be it about the primacy of European law, the freedom of the press, the independence of the judiciary or the sale of golden passports. European values are not for sale.” Although no country is named – but there would be so many to name, alas! – it is worthwhile underlining that when it comes to values, ‘primacy’ is the first to be quoted. Whether the Commission will initiate proceedings against Germany might depend amongst others on the way the Bundesverfassungsgericht will handle the request of the serial applicants Gauweiler & Co to review the action of Parliament and Government when they certified that the ECB had complied with proportionality check for the PSPP programme and decisions after the judgement of 5 May 2020. Paradoxically, initiating such a procedure would be a way for the Commission to back further proceedings against Hungary, Poland, Bulgaria, Romania, etc. on freedom of the press and independence of the judiciary.

Other comments published her will have focused on the substance of the speech as regards the European Green Deal, NextGenerationEU, the AI Decade, etc. and especially on the necessity to build a “stronger European Health Union”. Let us only pick up two very specific points, which relate to the method of implementation.

First, the three steps that should lead to the European Health Union are following the tradition of community integration as established with the European Coal and Steel Community seventy years ago: reinforcing dedicated agencies before opening the discussion about competences, and to my view this is welcome. The fact that France and Germany are working again hand in hand is a good sign in that perspective.

Second, as Mrs von der Leyen recalls, she is a “strong advocate of collective bargaining” as she has demonstrated when she was Germany’s federal Labour Minister. We can only wish that this means a turn in the Commission’s attitude towards collective bargaining at EU level: back to the spirit of the Delors Commission. 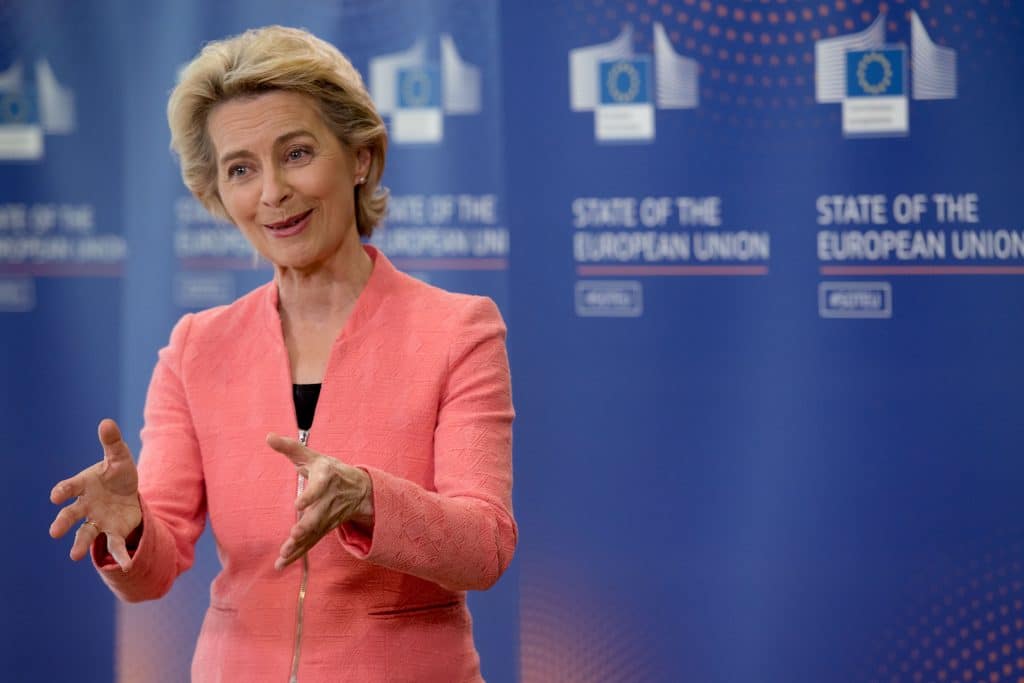