The scale of the economic challenge now facing the EU and its Member States is enormous.  An unprecedentedly ambitious recovery plan was presented by the Commission on 27 May, following the Franco-German proposal of the previous week.

It is highly likely that a version of the plan will be agreed as part of an overall settlement on the MFF, though very thorny issues remain to be resolved, including:

There is no doubt that this is a dramatic and important step.  The willingness of the German Government to agree to large-scale grants funded by EU borrowing marks a radical change – paralleled, of course, by its (maybe temporary) conversion to fully-fledged domestic Keynesianism.

However, I wonder if this will in fact turn out to be quite so transformative a moment as some are saying.

First of all, the plan is not meant to be a precedent.  It is impossible to imagine that it will be agreed without extremely strong assurances that it is a one-off.  Of course, many precedents do turn out  – sometimes by design – to be less temporary than originally envisaged.   But just as the pandemic is – as we all hope – a once-in-a-lifetime, because so unexpected, shock, the plan may not be replicated in the foreseeable future.

Secondly, the debate on the need for a greater fiscal capacity to support stabilisation in time of crisis has focussed on the eurozone. Given the very particular demands of a currency union, and to balance fiscal and monetary policy, this makes sense.  The recovery plan is intended to benefit the EU-27. While President Macron’s proposal for a eurozone budget was whittled down to macroeconomic irrelevance, the now abandoned Budgetary Instrument for Convergence and Competitiveness would have established a precedent for the long term, and recognised that it is the single currency, not the Union as a whole, which requires more fiscal firepower.

Thirdly, the plan is focussed on medium to long term investment.  This makes sense in terms of the Union’s strategic policy objectives.  But, given also the likely pace of funding, it is not really going to be a crisis instrument.  It will not offer much immediate succour to those exchequers and sectors in most need.

Fourthly, the fundamental question is whether public and political opinion across Europe is ready to contemplate a leap forward, as after the Cold War with the Maastricht Treaty and the great enlargement to the east.  Any decisive move to greater fiscal integration would require Treaty change, including some or all of the following: the mandate and powers of the ECB, the status of the ESM, the revision of the Stability and Growth Pact, greater central control over national budgets, a full legal basis for transfers within the Union, and a move away from unanimity on own resources, the MFF, and tax.

After the negotiation of five new Treaties in 20 years – six if the Fiscal Pact of 2012 is included – and the great difficulty of ratification,  followed by the successive crises of 2010-20, Member States understandably decided to focus on the concrete and pragmatic.  Various declarations about the future were instantly forgettable – I suspect even to their drafters.

Personally, I very much doubt if the pandemic, once it has passed, will have sufficiently changed hearts and minds across Europe, in most if not all Member States, for real momentum towards deep reform.  The great and necessary complexity of the EU always makes such reform a steep uphill battle in any case, with many citizens at best lukewarm about or indifferent to it. I suspect that we have not yet seen our Hamilton, if indeed he will ever exist.

Rory Montgomery was Irish Permanent Representative to the European Union (2009-13), Ambassador to France (2013-14), and Second Secretary General with responsibility for European issues at the Department of the Taoiseach (2014-16) and the Department of Foreign Affairs and Trade (2016-19). He is currently an Honorary Professor at Queen’s University Belfast, a Visiting Public Policy Fellow at Trinity College Dublin, and a senior adviser to Vulcan Consulting 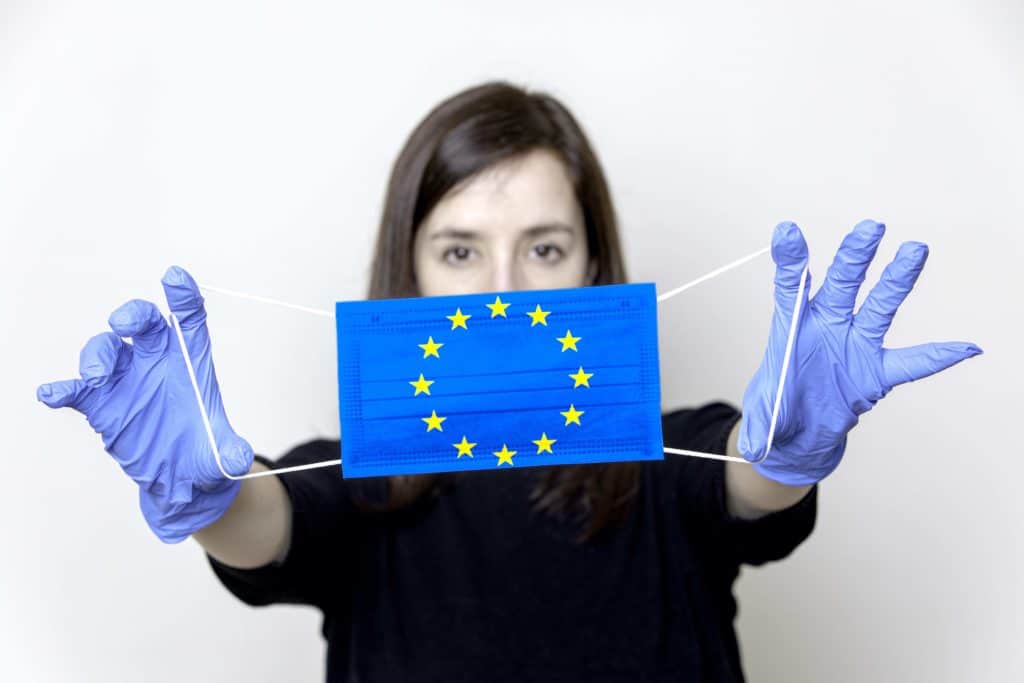