Recovery Fund: Reasons to be Cheerful

There is a well-established tendency in EU circles, in Brussels anyway, to hear voices and see signs suggesting that the fabled Franco-German machine is sputtering into life. Every election brings a new couple, every crisis a new opportunity, every issue a new need. As always, the good old days were never quite as marvellous as people think they were. De Gaulle-Adenauer, Schmidt-Giscard, Mitterand-Kohl had their moments, but also their differences. A wily Commission President in the background, sometimes not far from the foreground, can make a real difference and the alchemy works best when other Member States play constructive roles as well. After all, there is more to the EU than Paris, Berlin and Brussels, even after Brexit.

So what should we think this time? Is it a breakthrough? Well, it might be. If the Commission steps up and brokers a compromise building on the Macron-Merkel deal which satisfies the other 25 countries, east and west, north and south, new and old, then perhaps a new beginning is under way, perhaps the most significant progress since the 2004 enlargement.

The single market, the euro and Schengen would be the new foundations of the EU, bound together by its legal and institutional orders. Variable geometry is so embedded that no-one talks about it any more. The EU’s modus operandi may not be neat and beautiful but it works. Ironically, it resembles the British constitution more than the great founding texts of the Member  States.

The three foundations may be identified, but they are far from stabilised and complete. If it is accepted that there is no turning back, ways still have to be found to get safely to the other side. At the risk of adding another sporting metaphor to a crowded and not always level playing field, it is half time and governance arrangements for the euro, completion of the single market and management of the external Schengen borders are much harder tasks facing the EU than the remarkable achievements of its endeavours so far. Winning at half time is not enough.

What is proposed is extraordinary[1]. The Commission would borrow money on behalf of the EU and so create a new class of EU bonds.  There would be new EU-wide taxes, for example on carbon emissions or financial and digital transactions. This combination of borrowing power and tax revenues is potent. This is “a very big deal”[2]. Alongside its economic impact, it would boost the standing and confidence of the European Union as it contemplates the task of sustainable reconstruction at a time of heightened international tension.

So let’s be optimistic: the recovery fund is about more than the economy and money, essential though they are. It is about reconstituting European solidarity among countries who have had time during the Brexit and Covid crises to think about what belonging to the Union means to them and want to continue their great adventure in a world full of stress and violence. They have understood that relaxing state aid disciplines without accompanying measures favours the richer countries and that unfettered access to the single market is important for buyers and sellers, producers and consumers alike. This leads to new ways of managing crises together. They have counter-examples before their eyes, in the UK, the US, China and above all in their own recent history, but that’s another story… Let us hope that the Franco-German renaissance provides impetus more widely, for example in the talks about the post-Brexit relationship between the EU and the UK, one of the many issues requiring attention during and after Covid-19. 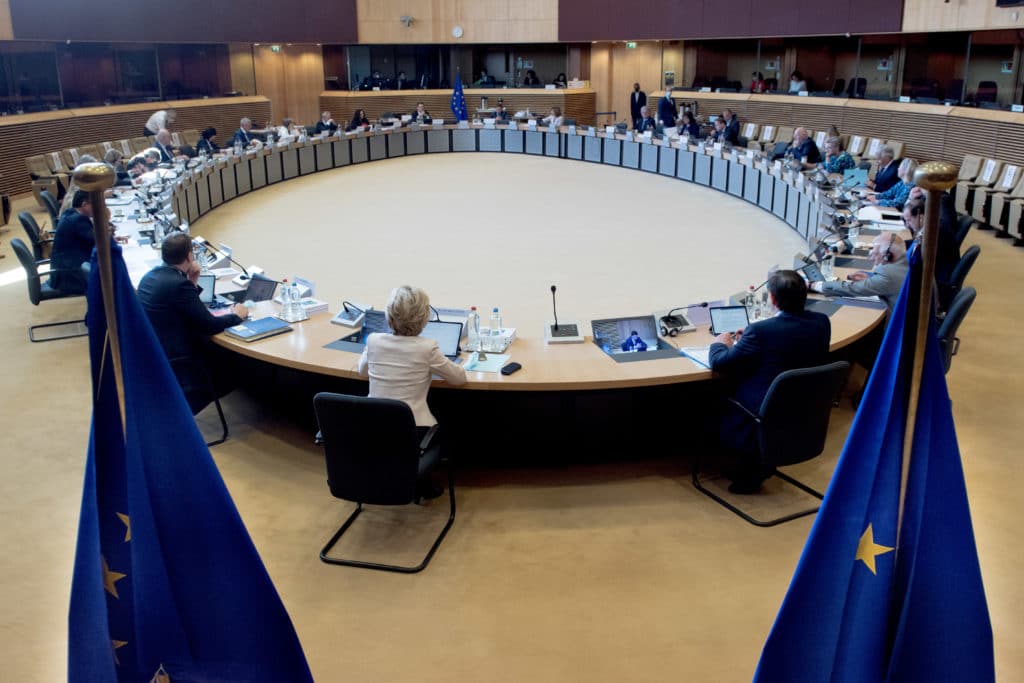