As I now reside in a Member State that took the decision to leave the EU, it’s necessary to make my political position on all EU matters clear: I consider myself a European and I remain a Europhile. This is important, as I’m going to be somewhat critical of the European project, but this criticism stems from being a friend, rather than a Eurosceptic.

The EU has had a difficult decade. A financial crisis, followed by the Eurozone crisis, austerity, a migration crisis, Brexit and now Covid-19. Lurking in the background has been the rise of nationalism and populism to a point where populist parties have become increasing important in both domestic and EU politics. Unless the integration trajectory of the EU changes, dissatisfaction will continue to increase and the consequences could be painful.

Ironically, the purpose of European integration was to eliminate nationalism on the European Continent by making countries cooperate with each other, but the EU now appears to be driving nationalism. Meanwhile, EU citizens have rather high expectations about what the EU should be doing, but the EU’s competences and capabilities often fall short. EU foreign policy is a classic example whereby opinion poll data has consistently shown support for a more active EU role in the world, but EU leaders continue to put the break on integration in the field.

A particular problem for the EU is that it remains something of a half-way house. It’s neither a classic international organisation nor a conventional nation state. It is something of a fudge, just like the policies it produces which appear to satisfy few people.

Driving this fudge is a model of integration whereby competition is promoted at the expense of cooperation and collaboration. The Single European Market establishes a level playing field to prevent a distortion of competition. EU competition law prohibits governments from intervening in the economy through fear such subsidies would give a member state an economic advantage over another. Except if you’re a financial institution that has behaved recklessly and needs a bailout, as was the case during the 2007/2008 financial crisis. Or if a global pandemic comes along, such as Covid-19, and governments need to subsidise wages through fear of creating an economic meltdown and severe hardship.

EU citizens have started to ask themselves: if EU competition rules can be bent during a crisis, why can’t they be flexible during the good times? In other words, why can’t the EU be a bit more humane? Instead of pursuing a competition ‘at all costs’ model to integration, the EU electorate appears to prefer a kinder EU that has solidarity and fairness at its heart. Living within such a competitive environment is a somewhat brutal experience for most people. It creates uncertainties, insecurities and exacerbates vulnerabilities. This has much to do with the rise of populism across the EU, but EU leaders refuse to change course.

Whenever reform on the EU is touted, attention naturally shifts to the governance of the Eurozone and the issue of risk sharing. Northern member states are opposed to sharing the debt burden of weaker Southern members. This is a deadlock that is unlikely to be resolved anytime soon. Political division over this issue has become more entrenched since the Eurocrisis, not less. The ruling by Germany’s Constitutional Court last week (05/05/2020) is just one of many episodes in this drama. The Court ruled that the European Central Bank’s mass bond-buying scheme to stabilise the eurozone partly violates the German constitution. Importantly, the bond-buying scheme has enabled weaker Eurozone members to stabilise their economies and return to growth. The German Court’s ruling further complicates the Eurozone’s ability to respond to the economic consequences of Covid-19.

Consider a situation in which the Eurozone Members agree to share debt and thereby risk. This would reduce some of the pressure and strain felt by Southern members, but it would do very little to change the EU’s laissez-faire model of political economy, which ties the hands of elected governments in such a way that prevents them from intervening in the economy.

The solution to low economic growth and high unemployment in some parts of the EU may not be more competition, as the Single Market would suggest, but more state leadership and involvement. The EU needs to come to terms with the idea that state leadership and involvement, if done appropriately, can be a force for good. We need to have a debate about this and the EU needs to be open and receptive to new ways of doing things.

The EU was forged to prevent nationalism, but its model of integration and economic growth is now producing just that. It’s time to rethink this model and to do so urgently. The economic consequences of Covid-19 with be gigantic and more of the same EU policies will not cut the mustard.

Paul Copeland is Senior Lecturer in Public Policy at the School of Politics and International Relations, Queen Mary University London 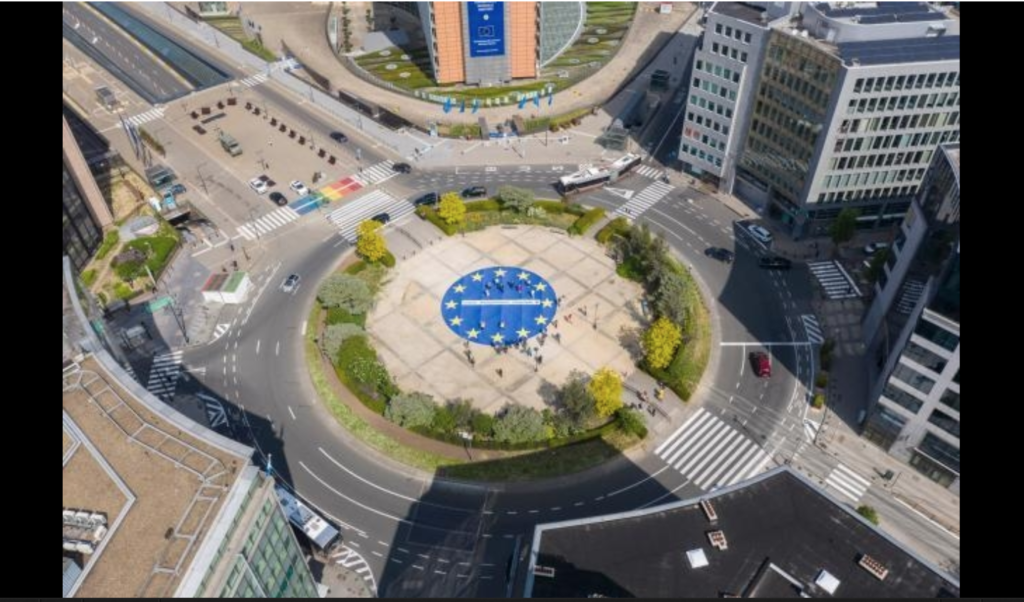