Will the BVerfG judgement have more consequences outside the Eurozone than inside?

On 5 May the German Constitutional Court rejected the argument brought before it by a number of German economists that the ECB’s bond purchasing programme, the PSPP, violated the notorious prohibition of monetary financing enshrined in the EU Treaty (Art. 123 TFEU). As part of the program, the ECB has purchased 2 trillion Eurozone government bonds since 2015. The German court, the Bundesverfasungsgericht (BVerfG) however also nullified, and deprived of effect in Germany the ECB’s  decision to introduce the program for failing to assess the proportionality of PSPP, as well as – and this is what caused the most consternation among EU lawyers – the judgment of the Court of Justice of the European Union (CJEU) in the Weiss case that had confirmed the program’s compliance with the Treaties.

The BVerfG judgement straddles two important and contested areas of EU law – the boundaries of the ECB’s mandate, tested since the beginning of the Great Financial Crisis, and the foundations of the EU legal order, namely the interaction between the national Constitutional Courts and the CJEU and their contestation over the question of supremacy.  This judgement has important ramifications for the Eurozone, such as the institutional set-up and the pressure for further fiscal integration arising from the economic crisis caused by the coronavirus pandemic. However, the legal consequences of the case are likely to be potentially even stronger for the Member States outside of the Eurozone, as it is coincidentally those countries which appear to increasingly depart from the European legal systems’ standards.

This post will argue, first, that the Eurozone institutions are more likely to emerge stronger following the BVerfG judgement, than weaker. Secondly, I will outline the possible and likely courses of action by the CJEU. Finally, bringing in the euro-out perspective, I will explain why the pluralist system reinforced by the BVerfG judgement is likely to endure but exert more pressure for defining the boundary conditions of participation in the legal system, namely with respect to the rule of law.

With regard to the institutional set-up of the Eurozone, it is quite likely that the ECB’s independence will emerge from this conflict unscathed. The German Constitutional Court in its judgement argued that the ECB did not adequately consider the effects of its program on the economic situation in Eurozone Member States (such as the savers’ interest rates) and that the German institutions must ensure that this shortcoming is remedied within three months. This requirement quite blatantly violates one of the key principles of ECB’s operation, namely its independence (Art. 130 TFEU), as already the first comments on the case have broadly identified. The Bundesbank chief Jens Wiedmann has already indicated that he will attempt to convince his colleagues in the ECB Governing Board to make the necessary adjustments to the programs. However, it could be argued that any such amendments may lead to further litigation before the CJEU – this time for the new decision not being compliant with the EU Treaties. The reinforced legal capacity at the helm of the ECB with the new leadership of Christine Lagarde, will surely find a way out of this conundrum. To assuage German society’s concerns, the ECB’s new Governing Board member Isabel Schnabel is likely to continue her excellent work of engaging with the German general public on the implications of ECB’s policies. If the ECB does comply with the substantive requirements of BVerfG, such compliance will be indirect. The swathes of experts and institutional lawyers coming to the defence of the ECB’s independence will further reinforce it, potentially even reversing the recent trend of building up further democratic control over the ECB’s decisions.

Such effects may well be amplified if the decision leads to a political outcome of a reinforced fiscal capacity at the Eurozone level. After all, such instruments would remove the need for actions by the central bank which are controversial (such as public bond buying). Arguably the pressure for such instruments may not come necessarily from any restrictions on the current programs of the ECB. As the BVerfG underscores itself, the ECB’s pandemic emergency purchase programme (PEPP) must not be construed as affected by the judgement. Rather, a change in approach will come from the discontent of other Eurozone capitals with the uncertainty which the German Constitutional Court continuously brings into the picture, which leads to a politically unsustainable perception of inequality among the Member States. The price for such uncertainty is paid after all, not by Germany, but by the countries most affected by the pandemic and those whose fiscal space to deal with its consequences is the most restricted, especially Italy and Spain. Even as the immediate impact of the judgement on the markets has been subdued, not reducing the effectiveness of the ECB’s PEPP and other programs, just the risk that the ECB may be questioned if it does “whatever it takes” could be enough to extract concessions in the negotiations on the new EU budget, and more specifically the proposed Recovery Fund. Such concessions could concern not just the question of just how much will be in the pot (with naturally Germany contributing the largest share), but as well the distribution key of the funds – with more of them being channelled towards the Eurozone Member States most affected by the pandemic. The imperative of the crisis and Germany’s responsibility as the EU Council presidency holder from July 2020 creates an opening for movement on the Eurozone’s fiscal integration.

Thus, though the positive impact on the Eurozone’s institutions of the BVerfG judgement is quite likely to outweigh any economic destabilisation, the biggest fight will be fought within the EU’s legal system. The CJEU – whose reasoning in the Weiss case on PEPP’s compliance with the EU Treaties was dismissed by the BVerfG for not meeting the CJEU’s own standards of proportionality tests in other case law – cannot leave without a reaction such an encroachment of its prerogative to interpret EU law. This even if – and this is worth emphasising – the German judges recall the primacy of EU law and consider the relevant EU law provisions as a matter of EU law. Leaving such a contestation of the CJEU’s jurisdiction without a response constitutes an existential threat for the EU legal order. The Court therefore will not – and has not – leave it without a reply. For the formal answer we may well have to wait – CJEU judgements on constitutional issues of EMU law are few and far between. The alternative will be direct engagement in the debate which the BVerfG judgement has unleashed – such as through the press release of 8 May, where the Court recalls the binding nature of preliminary rulings as the single most important tool for ensuring uniformity of application of EU law, and therefore the equality of treatment of EU Member States. Further direct engagement by the President of the Court Koen Lenaerts and a reinforced dialogue between Luxembourg and the national courts is likely to follow.

However, such a reinforced dialogue – which while reaffirming the primacy of EU law will seek engagement at the national level – necessarily raises the question of the boundary conditions of the system. It is not coincidental that quite immediately after the judgement was pronounced, there was rejoicing among politicians in countries facing litigation before the CJEU courts over the compatibility of their own judicial systems with EU law, even as their critics raised alarm. The reaction of the Polish justice vice-minister, who in the judgement of the BVerfG found confirmation of the government’s claim that the EU has no competence in the judicial sphere, were identified by come commentators of the BVerfG judgement as the most destabilising consequences of the German judges’ judgement on the EU legal order. In other words, where the BVerfG judgement raised more questions with regard to its boundary conditions of the EU legal order than with regard to the ECB mandate, by drawing attention to the risk to the delicate order built on simultaneous conflict and cooperation if the members of such order do not adhere to the same standards of independence (though it must be acknowledged that the the excessive influence of German bank lobby on the BVerfG reasoning has been questioned as well). Contrary, therefore, to the arguments of those who claim that the ruling confirms that the mechanics of the judiciary fall outside the scope of EU law, it may well have the opposite effect – forcing the EU institutions (CJEU, European Commission) to take further and more decisive action to ensure that those legal systems which form part of the EU legal order operate on the basis of shared principles, which include, most evidently, independence of the judiciary. Such action may well include infringement procedures if a concrete violation of EU law is identified.

The conclusion which arises from such considerations is that while the BVerfG judgement may bring the Eurozone closer together, it will almost inevitably widen the chasm between the states which, coincidently, remain outside of the Eurozone and where the systemic independence of judiciary is most broadly questioned – namely Hungary and Poland. For the purposes of the Eurozone, few can doubt that the politically skilful ECB leadership will find a way out of the conundrum in a way which allows both the German BVerfG and the ECB to present the outcome as a victory. This will happen sooner rather than later – it would only be the most irresponsible leadership which would add any uncertainty in the current situation. As argued, the ECB’s monetary policy is not likely to substantially change, and the institution’s position will only be reinforced by adding further to the transparency to its decision-making and potentially strengthened fiscal capacity at the Euro area to complement its action. The long-term effect will consist in the strengthening of the arguments of the proponents of a tough approach to rule of law control across all the EU Member States. The coexistence and conflict between legal orders are the characteristic features of the EU legal order. However, such a system – based on a degree of uncertainty and continuous questioning – can only operate on the basis of mutual trust between its constituent parts. Such trust may not exist if there is doubt as to the most basic attributes of the system’s members, such as their independence. 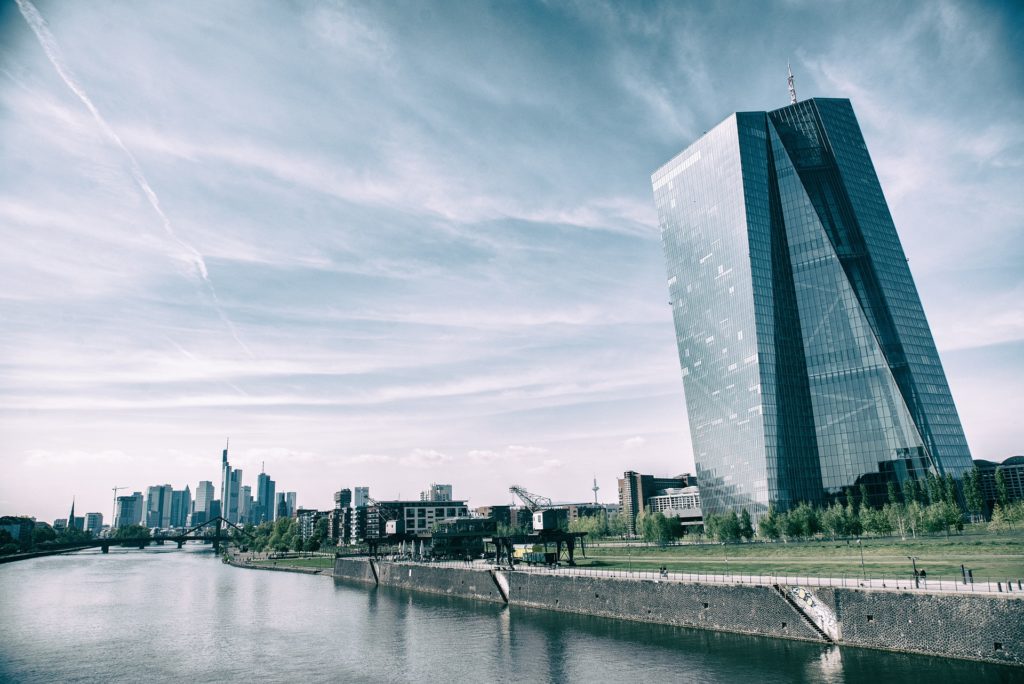