Estonia joined the Eurozone, in 2011, at the peak of the euro-crisis[1]. The country’s political elites saw the adoption of the Euro as a necessary step to consolidate Estonia’s economic success, to fully enjoy the benefits of the single market, and to attract investment. While generally expressing support for Greece’s efforts and stressing the need for European solidarity in the middle of the negotiations between the Greek government and the EU institutions over the support package, Estonia stressed the need for ‘unavoidable’ reforms and a robust austerity course to be undertaken by Greece[2]. Both during the 2012 negotiations with Greece and in the overall debate to reform the governance of the Eurozone, successive Estonian governments have traditionally focused on aspects related to budgetary and fiscal discipline and to the enforcement of strict conditionality to access the European Stability Mechanism for countries experiencing deviations from the rules of the Stability of Growth Pact. Estonia’s hard line is no surprise, considering that the country has traditionally the lowest public debt among the EU member states and that it has overcome the dramatic economic downturns of 2008-9 by severely reducing public spending and implementing draconian austerity measures, without increasing the country’s public debt.

Estonia (along with the two other Baltic countries) has been – since the regaining of independence in 1991 – only very marginally touched by international migration flows, although the number of foreign workers has growing progressively since the EU accession. The refugee crisis that started in 2015 barely touched Estonia and since then the asylum applications have been very limited[3]. Despite the high political sensitivity (due to the memory of the Russification process and mass migration of non-Estonians during the Soviet occupation) of the EU-sponsored quota system for the relocation of refugees from Italy and Greece, its weaponization from the side of the populist and far-right forces, and the growing opposition in Estonian public opinion, the Estonian governments of Prime Minister Rõivas and Ratas have taken part in the relocation system and played a constructive and active role in the pursuit of a compromise[4]. During the negotiations, Estonia has however opposed a radical reform of the Dublin instruments[5]. The main argument of the mainstream forces to contribute to the negotiated redistribution effort and to reject a Visegrad-style approach was that in order to get solidarity (i.e. support for sanctions towards Russia), one needs to give solidarity. At the same time, the growing polarisation of the debate on refugees and multi-culturalism has, however, provided fertile ground for the rise and consolidation of a radical far-right opposition and given growing legitimacy to their ethno-national and nativist perspective.

Geo-political considerations have played a relevant role in the country’s pragmatic attitude when it comes to both the debate on the rule of law in the EU and on integration in the fields of defence and security. Looking at the former, and specifically at the proposed sanctions against Poland for breaching the EU fundamental values, Estonia – along with Latvia and Lithuania – has stressed the importance of dialogue, but has ruled out confrontational measures against “a very important partner for this country, both within the EU and NATO”[6]. When it comes to ESDP, Estonia has traditionally prioritized the consolidation of the transatlantic structures and stressed the necessity to avoid EU-level duplications. This has resulted – so far – in a limited engagement of the country in the Permanent Structured Cooperation (PESCO)[7].

Brexit directly affected Estonia’s first Presidency of the Council of the EU, not only in terms of timing – as it took place in the 2nd semester of 2017, rather than in 2018 as originally planned – due to the UK’s decision to leave the EU. It also noticeably affected the presidency priorities as Estonia came to play a more relevant role in the initial stage of the Brexit negotiations given its chairmanship of many of the Council’s formations. When dealing with the negotiations the Estonian government’s position clearly does not fall in the side of the ‘hawks’ such as France, but it is also hard to connote Tallinn as a ‘dove’. Across the negotiations – until the finalization of the Brexit deal of January 2020 – the Estonian government has tried to find a balance between safeguarding the EU’s unity and consistency and avoiding tensions with London. The need to find a median way and not to frustrate the UK government relates to economic considerations and to geo-political factors[8] – given the UK’s primary role of continental security provider and in the light of the presence of a substantial British military presence in Estonia as part of NATO Enhanced Forward Presence[9].

At the same time, the different Estonian governments never allowed London to play a divide-and-rule game, despite the UK’s indirect leverage.

Estonia’s approach to European integration has traditionally been to seek the highest degree of inclusion and centrality in the European structures. This relates both to long term political priorities and perceived interests and to the idea that being part of the EU core grants a higher level of credibility and policy consistency. Starting from its accession in 2004, Estonia has been actively seeking membership in EMU and Schengen system without opt-outs or relevant exceptions.

Estonia has taken the lead in the creation and consolidation of the Digital Single Market, especially during its Presidency of the Council of the EU, in the second semester of 2017, when the Tallinn Ministerial Declaration on eGovernment was signed[10].

For geo-political reasons, Estonia has also been very supportive of further advancing the Eastern Partnership (EaP) with the formalization of Deep and Comprehensive Free Trade Agreements with Georgia, Moldova, and Ukraine. The 2017 EaP summit was held in Brussels under the auspices of Estonia’s Presidency of the Council. Both bilaterally and within the EU structures, the different Estonian governments and the key political parties have supported Eastern Partners’ EU (and NATO) membership ambitions[11].

The most tangible result of a common Baltic perspective at the EU-level has been the approval of the Rail Baltic / Rail Baltica project involving the construction and upgrade of a continuous railway line between Tallinn (Estonia) and Warsaw (Poland), passing by the Baltic cities of Riga (Latvia) and Kaunas (Lithuania)[14]. The project is part of the North Sea-Baltic TEN-T Core Network Corridor.

Worth mentioning, when it comes to regional cooperation, is the traditionally privileged relationship between Estonia and Finland which has developed both bilaterally and within the NB8 format. 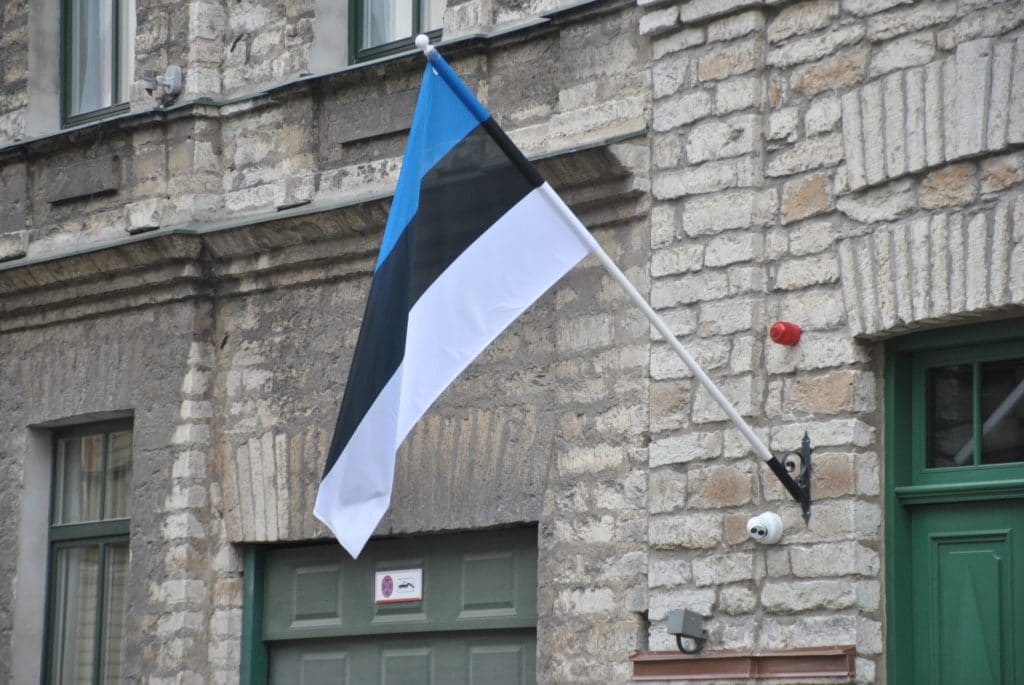