The judgment of the German Constitutional Court (the Bundesvergassungsgericht – BverfG) delivered today (Tuesday 5 May 2020) on the legality of the European Central Bank (ECB) bond buying program is a major blow to the survival of the Eurozone.

The case before the BVerfG concerned the ECB public service purchase programme (PSPP), a monetary strategy of quantitative easing (QE) which the ECB launched in 2015, and adjusted a few times afterwards, to fight a persistent problem of cronic deflation in the euro area.

The legality of the ECB QE program had been challenged by ultra-conservative members of the neo-Nazi sympathizer Alternative fur Deutschland party, and rightly rejected as rubbish by the European Court of Justice (ECJ) in a judgment in December 2018.

Unhappy with the ruling of the ECJ, the BVerfG decided to take the matter in its own hand and review the ECJ judgment, to assess whether the ECB (and relatedly the ECJ) had acted within the limits of their mandate, as set in the EU treaties – as interpreted by the BVerfG itself.

In today’s sweeping judgment the BVerfG ruled that the ECJ had delivered a wrong decision, and that the ECB action was illegal. As such, the BVerfG nullified the ECJ ruling in Germany, and enjoyed the German Central Bank (the Bundesbank) from participating to the QE.

To avoid a financial meltdown, the BVerfG did give a 3-month time period to the Bundesbank to get out of QE in a coordinate manner – a time during which the BVerfG said the ECB should better justify the proportionality of the monetary policy decisions it adopted 5 years ago.

However, the BVerfG has no power to compel the ECB to do anything, and while the BVerfG suggested that the German government may start proceedings to contrast the ECB illegal action (before the ECJ), it is not clear how the ECB can or should address the BVerfG’s concerns.

As such, by declaring as plainly incompatible with the German Basic Law’s eternity clause a pillar of the ECB action to respond to the dire state of the EU economy, the judgment of the BVerfG sheds a dark cloud on the future of the Eurozone, and its very survival.

In fact, while the BVerfG underlines that its judgment has nothing to do with the emergency measures adopted by the ECB to respond to Covid-19 – the pandemic emergency purchase programme (PEPP) – it is clear that the implications of this ruling are devastating for it.

After all, if the ECB is not entitled to adopt a pretty standard monetary policy measure like QE (which incidentally foresees purchase of states’ assets according to the state-based ECB capital keys), how can it undertake a program like PEPP (where purchase of states’ bonds is by need)?

Clearly, the judgment of the BVerfG culminates three decades of dogmatic entrenchment, and growing Euroscepticism that had already emerged in prior judgments, putting limits on many EU measures adopted to respond to the euro-crisis and already threatening showdowns with the ECJ.

It now remains to be seen what will happen.

The ECB, in a spirit of comity, may find way to oblige, offering a better justification of its PSPP – so that the issue gets sorted without much fanfare, and the Eurozone carries on wobblingly, by paying lip service to the ego of the BVerfG.

However, it is not clear that the ECB can offer a more convincing justification than the detailed one it already provided the ECJ to justify QE. And if the BVerfG problem is that QE also has fiscal effects – than there is really no justification than can qualm that concerns.

Alternatively, the ECB could continue undertaking the QE without the Bundesbank – which technically is just an appendix of a fully-federalized EU central bank. In fact, if the Bundesbank failed to obey, the EU (or another MS) could sue Germany for breach of its treaty obligations.

However, it is clear that the political signal of an ECB that undertakes a program without the involvement of the central bank of the largest and wealthiest Eurozone member states, that would be bad – and it would be so received by the financial markets.

Finally, the judgment may also prompt a strong response. This probably should start in Germany, as the decision to unravel the Eurozone should be one for politicians to make – not 8 unelected judges, whose arbitrary power should be brought within a system of checks and balances.

Yet, the matter is crucially one also for the EU, which should settle once and for all which institution, and what law is supreme in a union of equal member states, all of which have reciprocally shared sovereignty on the understanding that they are mutually subject to the same law.

However, it is unclear whether in the current state of the EU – where nationalistic pulls and claims of constitutional identity (the new sexy word for sovereignty) are rising everywhere – enough mobilization could be achieved to settle the deep federal question the BVerfG opened.

As such, today judgment is a bad decision, delivered at a bad time, and with worse consequences. Following Brexit, and given the devastating implications of Covid-19, the only thing we did not need is further Eurozone instability.

Image credit: German Constitutional Court by Peter Lepping under a CC BY 2.0 license 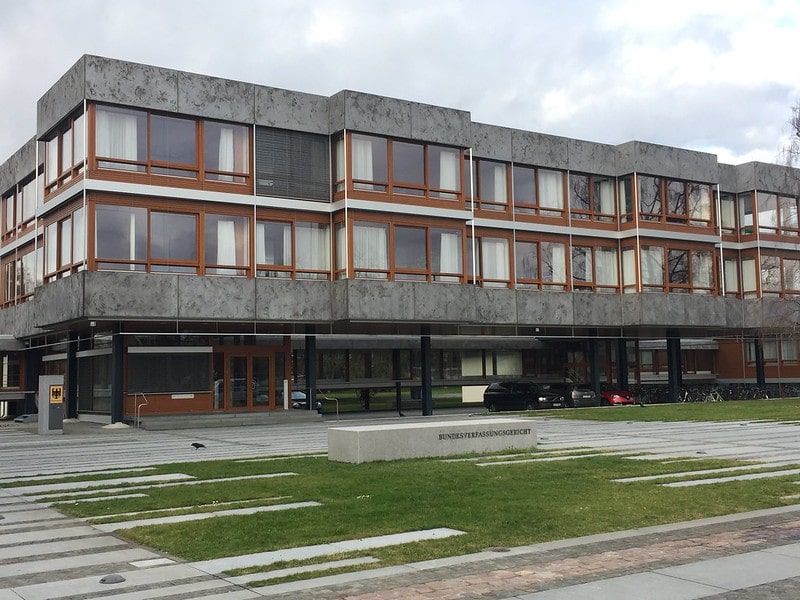