This report is part of a series of country reports produced by the BRIDGE Network that seeks to compare how the 27 EU member states have responded to the four major challenges that have recently confronted the EU (prior to Covid-19) which are: the Euro-crisis, migration, the Rule of Law crisis, and Brexit. The reports also compare how each country fits into the EU’s system of Differentiated Governance with respect to policy differentiation, intra-EU differentiation and territorial differentiation

Of the four challenges facing the EU, Finland was most affected by the euro crisis and the migration crisis. Already before the euro crisis Finland had supported tight budgetary discipline, emphasizing that the success of the single currency and European economy depends on the performance of national economies. In the run-up to the 2011 Eduskunta (the unicameral national legislature) elections the problems affecting the euro zone triggered heated debates, and the bailout measures became the main topic of the campaign. The election result was nothing short of extraordinary, producing major changes in the national party system and attracting considerable international media attention. The populist and Eurosceptical Finns Party won 19.1 % of the votes, a staggering increase of 15 % on the 2007 elections and the largest ever increase in support achieved by a single party in Eduskunta elections. All the other parties represented in the Eduskunta lost votes. In light of the election campaign, the ‘six-pack’ National Coalition-led government that entered into office in the summer of 2011 came under serious political pressure to defend national interests in Brussels. Finland demanded as the only country bilateral guarantees on its bailout payments; attempted, on its own, to reject 85 % majority decision-making in the European Stability Mechanism, demanding unanimity instead; and blocked, together with the Netherlands, the entry of Bulgaria and Romania into the Schengen area. While the domestic debates continued to be quite heated during the 2011-2015 legislative tern, the Finnish governments did nonetheless support the various euro area rescue and coordination measures from bailout payments to Fiscal Compact and the banking union. The main political parties and key interest groups remain supportive of the single currency.

After the 2015 elections the Finns Party joined the centre-right cabinet led by the Centre Party. According to the government programme the EU ‘must act decisively to manage illegal migration flows in the Mediterranean area. Relocation of asylum seekers within the EU should be based on the voluntary participation of Member States’. The influx of asylum-seekers in the latter half of 2015 thus caused serious tensions inside the cabinet. In late September 2015 the Finnish government abstained (in practice thus voted against) when the Council of the EU decided on relocating 120 000 asylum-seekers. While Finland in the end respected the relocation decision, the sudden rise in asylum-seekers certainly sparked heated debates about immigration and probably also contributed to the internal split in the Finns Party in 2017 and the subsequent strong performance of the party in the 2019 elections under its new anti-immigration leadership.

Brexit and the developments in Hungary and Poland did produce debates in Finland, but without really creating any kind of contestation. Whilst the United Kingdom is Finland’s seventh biggest trading partner, the Finnish government has at no point publicly criticized the EU’s negotiating positions. Regarding the rule of law and EU’s values, Finland held the EU Presidency in the latter half of 2019 and in that capacity tried to link the EU’s multiannual financial framework to the rule of law mechanism.

Please describe any EU policy fields in which the member state’s participation or status is different from other EU member states (e.g. opt-out, enhanced cooperation).

Policy Differentiation. Finland is a member of the eurozone and the Schengen area and in the membership negotiations in the early 1990s Finland did not demand any major opt-outs from EU rules. At no point has there been any serious debate about differentiated governance or whether Finland should opt out of specific EU commitments. However, Finland has maintained its state monopoly in both alcohol sales (currently those above 5,5 %) and in the provision of gambling services. Given the high production costs in agriculture, Finland is allowed to pay special national aid for farmers, the exact forms of which have varied since Finland joined the Union.

Intra-EU Differentiation. The Nordic countries have traditionally functioned as an essential reference group for Finland. The Nordic connection has made Finland more easily recognisable and increased its credibility and reliability in international relations. Finland joined the Nordic Council in 1955, but EU membership has undermined the importance attached to Nordic cooperation– not least because many of the main achievements of Nordic cooperation (such as the passport-free zone) are nowadays regulated by the EU.

Territorial Differentiation. The autonomous Åland Islands enjoys special status. Åland’s relationship with the EU is regulated in a protocol containing special provisions for purchasing of real estate and the right to conduct business in Åland, thus confirming Åland’s special status under international law. The protocol also states that Åland is a third territory with respect to indirect taxation, which enables the sale of tax free goods to passengers travelling between the Åland Islands and the EU member states. 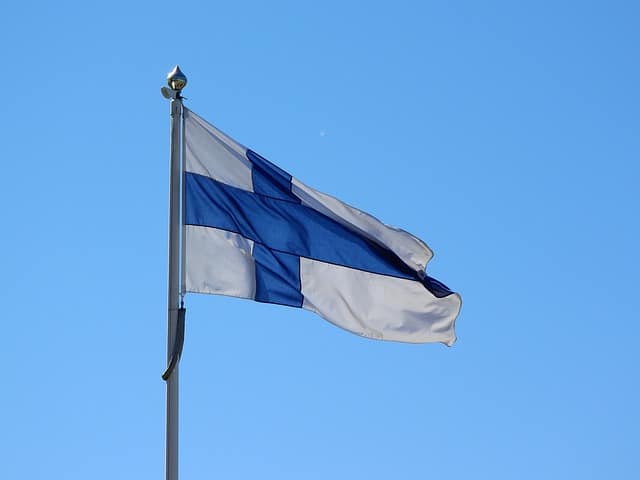